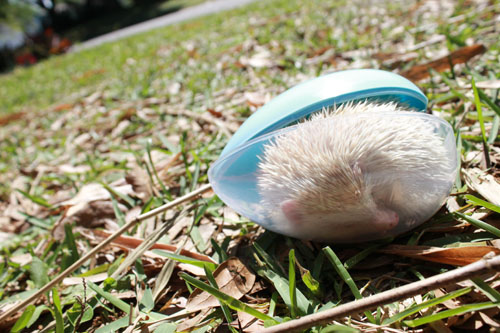 Easter Hedge likes it in there. He really does.

I’m in charge of making two quiches for the Easter feast at my in-laws’ place. I’m definitely going to do a Quiche Lorraine. Not sure what the other will be…broccoli maybe?

ETA: Tom Levenson has a guest post up at Ta-Nehisi Coates’ place. You should go read it; it’s good! (H/T: Valued commenter Ranchandsyrup)