You are here: Home / Open Threads / Bundy? Bundy Who?

As seen on Craigslist: 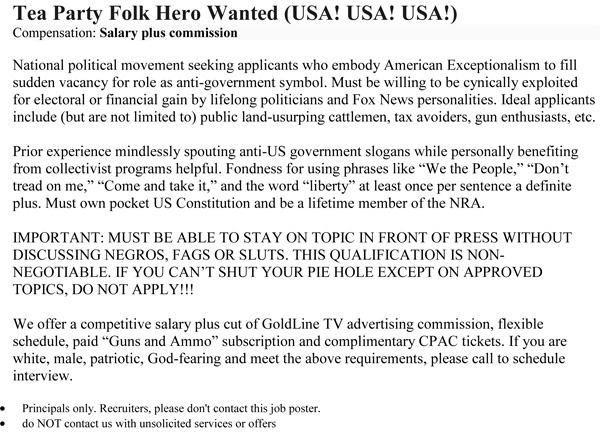 These tea party folk heroes* just keep blowing up in their faces, you guys! It’s a mystery.