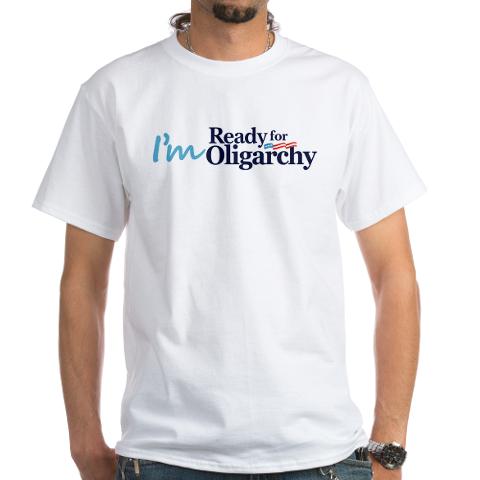 Why do I know about this fairly clever shirt? Because Hillary’s people made a fuss about this obviously First Amendment-protected parody. Fortunately, after they backed down and he got his free publicity, the creator has decided not to sue Hill’s campaign for damages related to the takedown notices they sent to Zazzle and Cafepress. If Hillary’s campaign didn’t have a bunch of well-paid, poorly led staffers sitting around dreaming up stupidity like this, I doubt that I would ever have heard of this t-shirt. (And if you doubt that her campaign is poorly led, can you please dig up an example where the billion-plus-dollar Obama campaigns did something this dumb?)

Similarly, I wonder how Cantor’s race would have turned out if he didn’t have a bunch of staffers sitting around wondering how to blow millions of dollars. Maybe he wouldn’t have put out a bunch of negative ads attacking his no-name primary challenger. Those served mainly to drive up Brat’s name recognition and generate free media when the claim that Brat was a “liberal college professor” was fact-checked into the ground by the media.

Previous Post: « All the Other Kids With the Pumped Up Kicks
Next Post: Saturday Stupidity, Sorrow & Sanctimony: Open Thread »