That would be that Lindsay Graham, the Republican senator who is totally not pandering for re-election.  The idea that this guy would have had any possibility of a role at the center of the national security and or foreign policy apparatus in a McCain administration should send jolts of terror through anyone who doesn’t think the war in Iraq has done so much good for the U.S. and the world.

Here he is talking to David Gregory, as covered by TPM.  His topic? The failings of those who actually do the hard work of trying to make sure that the US foreign policy has something more in its arsenal than the blow-shit-up option:

“And as to Secretary Kerry, he gave the most ridiculous and delusional summary of American foreign policy I could imagine,” Graham said on NBC’s “Meet the Press” while discussing Israel’s ground operation in Gaza. “It scares me that he believes the world is in such good shape. America is the glue that holds the free world together. Leading from behind is not working.”

Easy enough to say I suppose.  Lots of places are in a bad way, and the news last week was flat out horrible.  But, as always, there’s the tricky bit to come. That ferocious interrogator David Gregory asked Graham what Kerry should have said about events in the Ukraine.  For some reason, this not exactly surprising query proved a bit more than Graham could coherently handle:

“One, he didn’t call Putin the thug that he is. 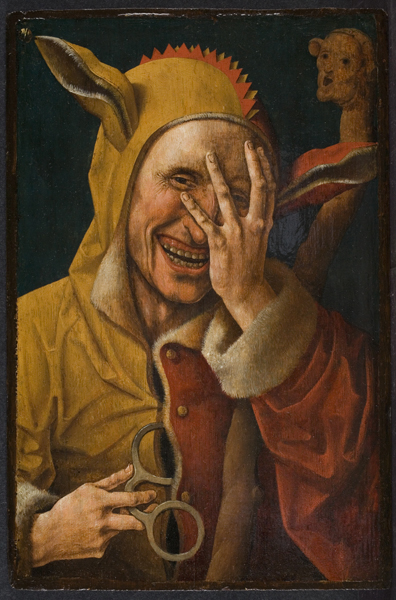 I mean, seriously?  The way to advance the goal of constraining Putin is to say nasty things about him?  When, in fact, a US led effort to rally European nations to put real pressure on Putin is beginning to show force?

This is why someone whose strategic education seems to have come from games with toy soldiers should shut up and let the grown ups work.

He didn’t call for arming the Ukraine so they can defend themselves against rebel separatists supported by Russia,” Graham responded.

Because ramping up the deadliness of the conflict is exactly what you want to do at a moment when Putin’s own escalation has just dealt the Russian approach a terrible blow.  Graham’s demand makes sense if the only if you imagine that if you’re not shooting someone, you’re losing.

Again — thank the FSM that this clown has only a soap box to deploy.

Finally, the cherry on top:  Graham’s deepest complaint is that the present administration…well, let him say it:

There you have it, folks. Why the current GOP can’t be allowed anywhere near the launch codes for the foreseeable future.  Heaven forfend that someone with life-and-death power should stop and think a bit about when and how to exercise lethal force.  Just go ahead and shoot, man!  Something — anyone! That way you won’t look weak…

…Instead, you will just become weak.  See, e.g., the way in which the shot-from-the-hip war-of-choice in Iraq has so strengthened the US position around the world.

Lindsay Graham is going to get his next six years in the Senate.  The country will be the poorer for it.  But it could have been worse — and yet may be, if we don’t ensure that the 2016 election consigns his worthless carcass to the green rooms and of the United States of Sunday Morning for another term.