As faithful readers know, I recently attended a family wedding in NYC, where I took lots of bad pictures. (Luckily for all, I wasn’t the official photographer.)

Here’s one I took outside the Cathedral of St. John the Divine. I call it, “Now THAT’S a baby!” 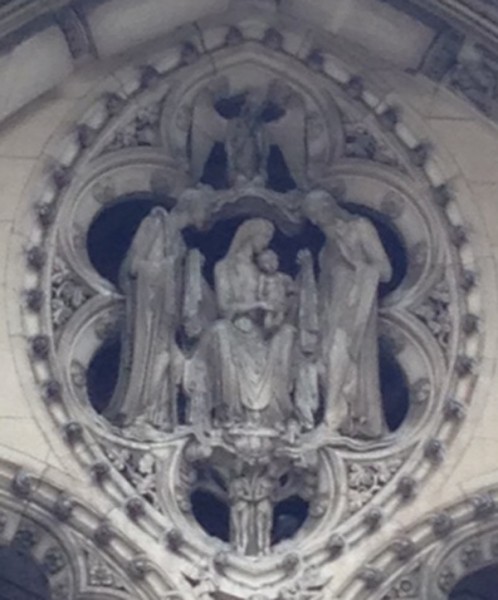 The actual wedding was held in a slightly smaller church.

PS: WordPress has been laggy and weird all day in the backroom, which may explain the paucity of posting. The commenting function seems to be working as usual, meaning comments get hoovered up or incinerated at random like terrified humans fleeing the giant vacuum cleaner monsters in the “War of the Worlds” remake. In other words, Tuesday.