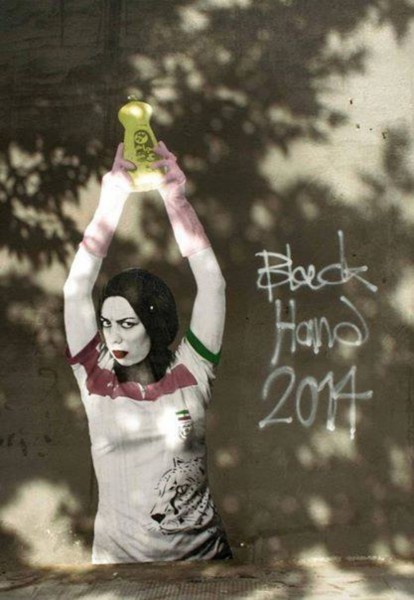 This is some graffiti from a Banksy-like artist who’s working in Tehran. It’s a woman wearing an Iranian soccer jersey holding up a bottle of dish soap. Women are banned from attending soccer matches in Iran. More here and a collection of images is here.

I was going to write a post about the utter uselessness of Brian Schweitzer, or about how the New York Working Families Party screwed the pooch by not running a challenger to Andrew Cuomo because Cuomo is now in some hot water, but both of those topics are too depressing to contemplate on a beautiful summer morning. But if you have a stronger constitution than me feel free to discuss those topics in this open thread.