You are here: Home / Open Threads / Fables of the Reconstruction, Part Deux

If you’re reading this, you owe it to yourself to check out Richard’s post below on the con in conservative proposals for health care reform.  Shorter:  the “reform” is to make sure the wrong people get less and more expensive care under the guise of a variety of measures claimed to be (but not) free market efficiencies.  Also too, why Avik Roy isn’t an expert, but a marginally policy-literate hack.

With that out of the way, more on the joys of home renovation.

First the good news.  It turns out that this problem — the wire formation inside our kitchen walls that I’ve since dubbed “Cthulu’s Hairball” — isn’t actually live electrical wires.  Instead, its what you get before you texting became the way to call the kid to dinner.  Before the internet, kiddies, it turns out, people networked their houses in other ways — including setting up, in 1920, a house-wide intercom system.  “Come, child!”

So, not the fire hazard general wiring nightmare we expected.  We’ve still got plenty of knob and tube spread round the place — wiring we’re replacing in bits as we work on the house.  But Cthulu sleeps.

However…and as those of you who know, know, there’s always something. 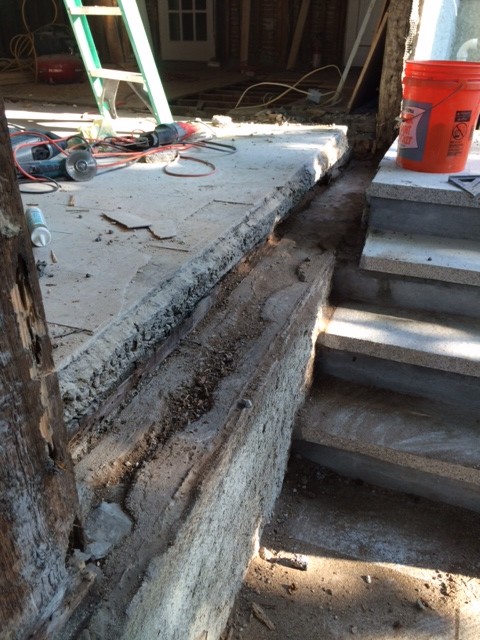 That’s what you get when you open up the wall, and find a sill that has been so chewed up by termites you can sweep it away.  I mean, with a broom.  (We did chunk up the rotten timber a bit, before getting out the sweepers, but still.)

Which is to say, it seems our house was holding itself up out of habit. 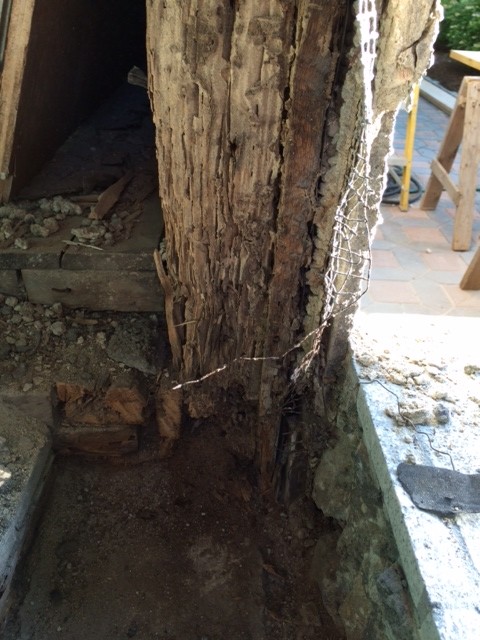 That’s the post at the end of that run of sill.