You are here: Home / Politics / Domestic Politics / Fables Of The Reconstruction: Cue The World’s Tiniest Violin Edition — Plus: Bonus For A Good Time On The Cape!

Attention conservation notice (term stolen from Cosma): What follows is mostly purely Levenson-domicile maundering.  The good stuff is at the end; great art by someone I love.  Now you know.

I’ve gone silent on our kitchen renovation farrago, for the obvious and very good reason:  it’s the eternal return of the same, and thus boring. Everyone who’s lived through (or, FSM-forbid, DIY’d) a major house project knows the one universal truth: it sucks.  It’s like parachuting without the thrill:  August 1 at 7 a.m. we had a perfectly functional kitchen.  By 8:30 we’d jumped.

And the usual followed:  the house is filled with dust; we’ve broken so many glasses in our makeshift sink that we’ve finally given up and gone to plastic; and as the weeks go by the house looks more like a communal grad-student flop than I ever thought I’d inhabit again.

But there’s hope.  Yesterday — all in one day! — saw the transition from this: 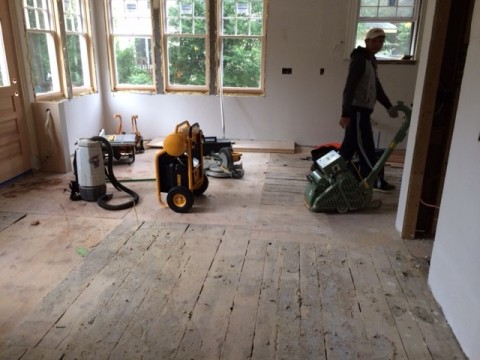 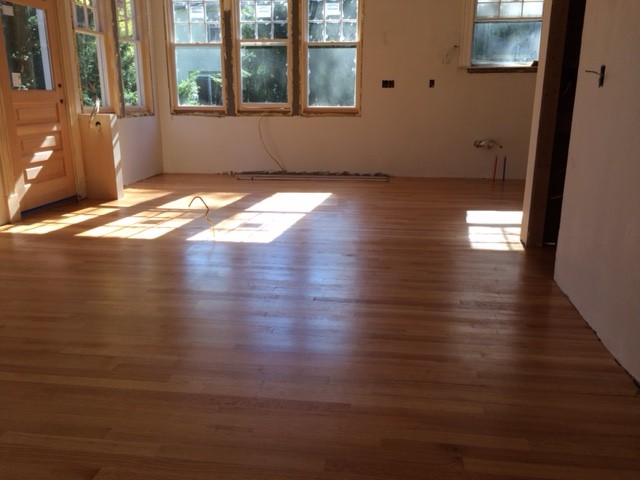 Of course, the resulting upsurge in that sweet feeling that suggests, yes, this may someday end, is “hope” only in the sense that Robin Williams describe here. (Round about 1:48 for the reference.)   Yeah, the room finally looks more or less like a room again — but now we’re going head on into the fiddly stage, where two or more skilled craftspeople will nudge something or other into some precise configuration that takes hours to work out, for an indefinite and seemingly unending future.  Again…tiny violin time.

Never mind.  We still cook — this week I managed a lamb stew, even, browning the meat on the gas grill — in the midst of a thunder squall — before finishing everything else on 12o0 watt burner on the hot plate: 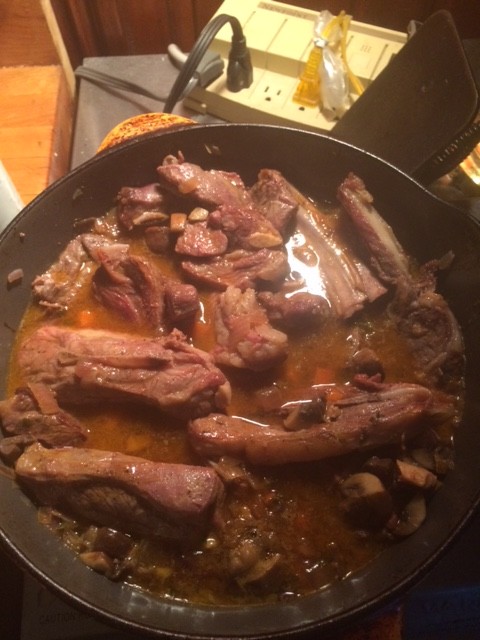 Meanwhile, of course, life continues to do its thing — and given that, can I draw your attention to something that makes me very happy, and that I think (as I should) shows real power as a work of art.

That would be the new installation show my wife, Katha Seidman, is about to open with two other artists at the Cotuit Center for the Arts — calling all Cape Cod-proximate Balloon Juicers!.

Inspired by and in conversation with Giacometti’s The Palace at 4 a.m. (to be seen at MOMA in New York), the installation opens tonight.  Details on the card: 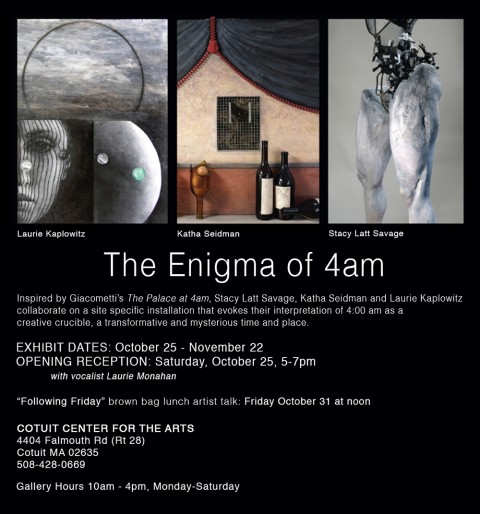 Lots more on the installation (with photos of both the stages of creation and some of the more sculptural elements) can be found at its Facebook page.

I’ve seen it go through all the stages of gestation, from sketches and models to huge bits and pieces, some of which we trialled on our lawn.  It’s (in my no-doubt utterly unbiased opinion) a deeply conceived and executed work of art, powerful as spectacle and more so as I’ve lingered with what its elements say in themselves and with and through each other.  So, if you happen to be passing anywhere near that way in the next month, check it out.

Last, just for grins, here’s a picture of me, cooking in the rain: 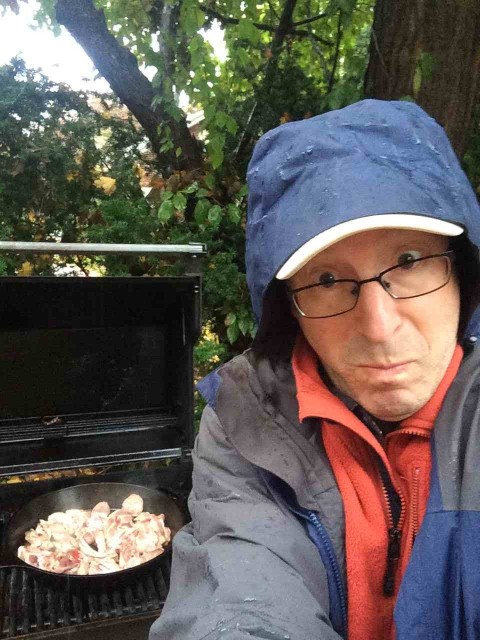