Perhaps the most dog-bites-man headline of this last weekend of regular season NFL play came atop stories on Jim Harbaugh’s move from the San Francisco 49ers to the University of Michigan.  Nearly all of those stories, before and after the news became official, mentioned Harbaugh’s expected salary:  $8,000,000/year, a sum that would make him the highest paid coach in the history of college football, though the latest reports suggest that even that staggering figure is low. 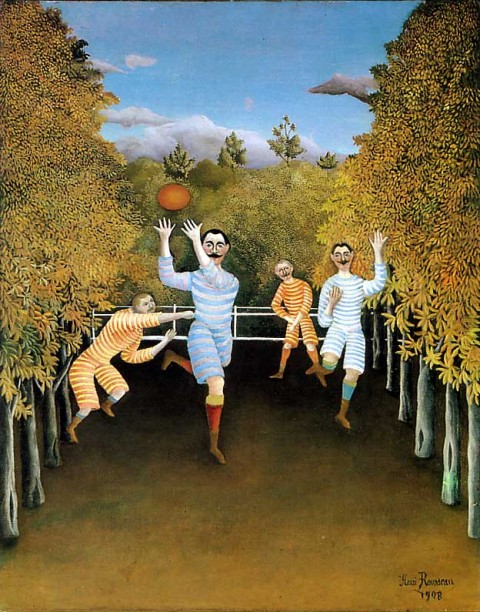 Just for the perverse pain of it, I decided to do a few sums.  The University of Michigan charges slightly lower instate tuition for its 1st and 2nd year undergraduates than it does for juniors and seniors.  The average of the two comes to $14,336.  Taking the original $8 million number for  Harbaugh’s salary, that translates into 558 tuition-free rides for Michigan kids.

University of Michigan faculty salaries in 2013 range from an average of roughly $88,000 for assistant professors to an average number around $149,000.  Picking a figure more or less in the middle, and adding in an allowance for benefits, Harbaugh’s reported salary would cover the cost of about 50 faculty — with, among other things, the benefit to the university and society of the research such an addition to the Wolverines capacity to study science, medicine, engineering, social science and the humanities might provide.

To add yet one more comparison:  even in an age of administrative bloat, Harbaugh’s compensation comes to more than the pay given Michigan’s top 16 executives, or all 20 of its deans.

Apples and oranges, football boosters might reply, and they’re right.  NCAA Division 1 football, at least within a major conference, has revenue streams not available to a mere Dean of Engineering or the College of Literature, Science and the Arts.  It’s plausible to me that between TV contracts, merchandise and the rest, the University of Michigan may indeed make a profit on its football operation.  (I’m not sure, though.  I’ve spent enough time in and around the film industry to know that before you simply accept that claim, you have to see the real books on anything as rich in opportunities for financial legerdemain as a big time entertainment business.)*

But even if the king’s ransom Jim Harbaugh will now collect doesn’t rob the rest of the university, and would in any event be simply unavailable to any other initiative at the University of Michigan, still, it seems to me useful to pay attention to the scale of that salary against the costs of what are, after all, the core of what a university does.  That would be to educate young adults and to create knowledge valuable in both a practical and liberal sense of value.  Michigan remains a great university, and I’ll be bursting with pride when my nephew graduates in Ann Arbor next year.  And, of course, Michigan is hardly the only football-mad school; it’s just the latest to hit the headlines with a monstrous expression of what it as a microcosm of society prices and hence prizes most richly.

In the end, I guess this whole post is a “get offa my lawn you kids” kind of plaint.  As a society we are so committed to a primitive market view of human relations that I can hear myself telling me that this is simply what the bourse will bear for a top name in a small, big-money field.  There’s a lot of ways to parse that thought for bullshit, of course, but just the fact that I frame it that way before catching myself shows how thoroughly the Reagan revolution has defined our categories of thought.  I will say, though, that the history of decline-and-falls is littered with examples of the already-rich alienating yet more resources from things that actually build the wealth and power of a society.

*I don’t know how to factor in the question of alumni fund raising, because I know of no way to calculate the crowding out problem: how much cash raised for athletics either fosters or crowds out possible support for academics.  If anyone has any insight on this — pop it into the comments, please.

Image:  Henri Rousseau, The Football Players, 1908  And yeah, I know. Not that football.  But I couldn’t resist such gaily prancing young sportsmen.  Could you?