The mister doesn’t like those metal, conical tomato plant support thingies; they aren’t tall enough to support his plants, he says. So he built the Tomato Twin Towers: 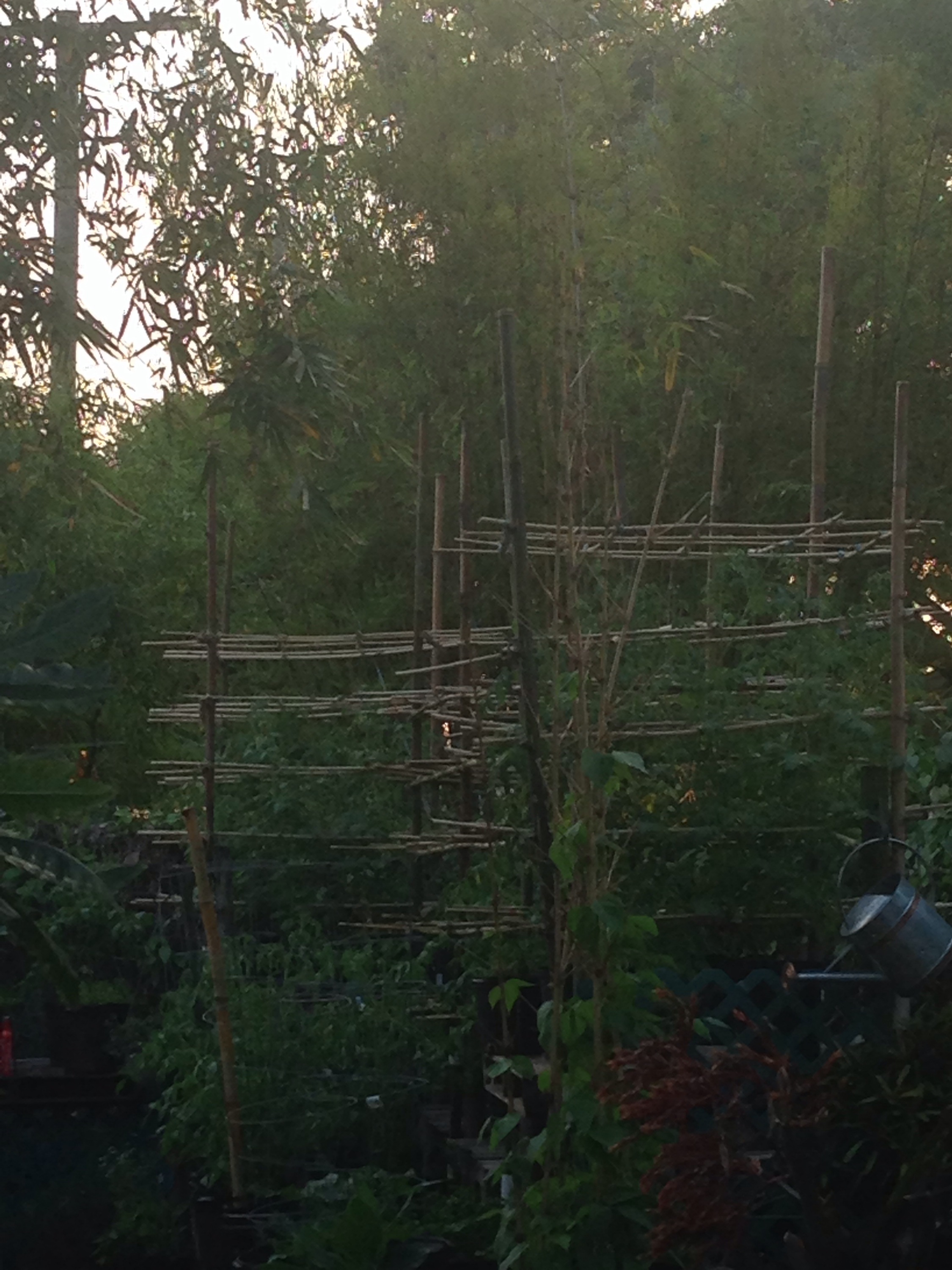 It might work out. What are y’all up to this evening?