Just a screenshot of the Huffington Post polling aggregator from Wednesday and a few things that stood out to me: 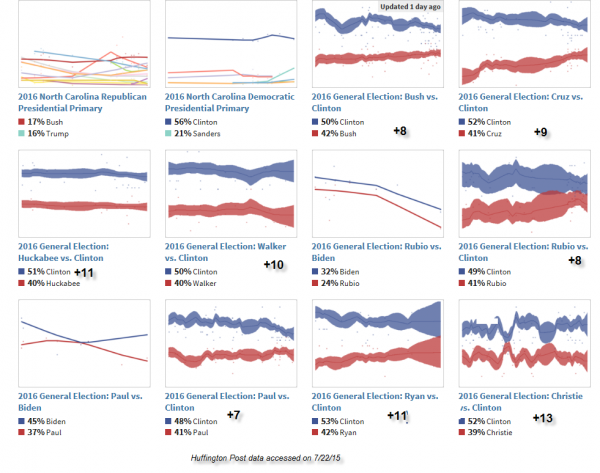 A few things stood out to me:

Looking at this data, this is basically generic Democrat versus generic Republican.  The Democratic base seems more consolidated and willing to back their candidates while the GOP primary process has people who will eventually vote their partisan allegiance but will need to be wooed.  The woo-ables are probably Republican leaning so we should expect a decent GOP convention bounce.

Secondly, in the GOP race, there is a minimal penalty for being severely conservative, maybe a point or two (Huckabee, Cruz).