You are here: Home / You Have to Be Kidding Me

Against my better judgment, I checked CNN’s homepage, and I found this: 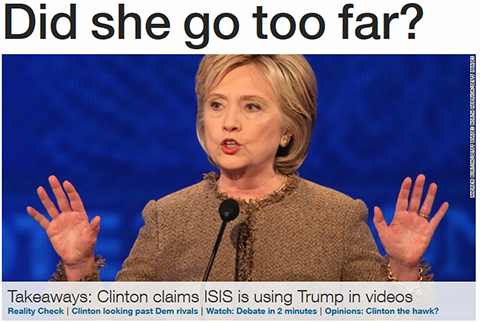 Yes. Donald Trump has insulted every race, creed, and religion, called for the execution of people’s families, called for a ban on Muslims, and basically every repulsive thing you can imagine, but it’s Hillary who might have gone too far.