You are here: Home / Open Threads / Someone Call the ASPCA

Happy Holidays my ass. What kind of cruel jerk does this to their dog? 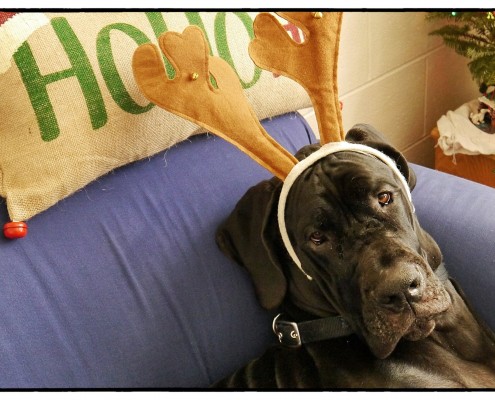 You know what that poor guy is thinking= “Thank goodness this only happens once a year.”

Seriously, I’d like to see video to make sure this poor fellow isn’t blinking “HELP ME” in morse code like a prisoner of war. Some people.