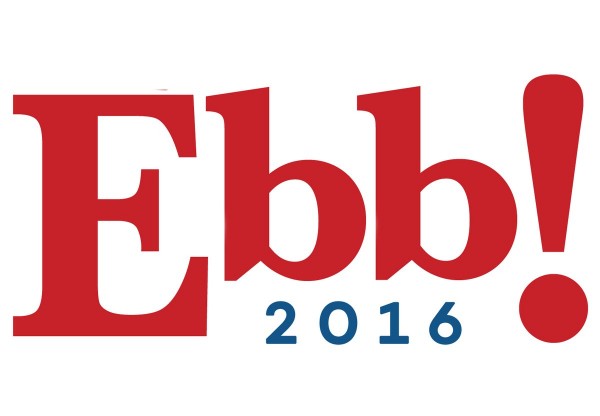 Clearing our shelves (for the season) — everything must go! Mr. Charles P. Pierce:

(Do not make the mistake of thinking that I sympathize in any way with the sad political destruction of Jeb (!) Bush—except, of course, in the sense that it makes the presidency of He, Trump more of a possibility—because I still remember how, out of raw political ambition, he made the lives of a lot of good people miserable. Fuckabuncha him forever for having done that.)

Now, though, Jeb (!) is merely the symbol of a political party and a nominating process gone truly rogue, burning and consuming itself, using itself as its own fuel like some great breeder reactor of rage and fear. Bush, like all the members of the now vestigial Republican “establishment,” who spent 30 years developing the perfect context for something like the Trump campaign to occur, was stunned into incoherence when it actually happened. Watching him in his farewell on Saturday night was to recall what Abraham Lincoln said about General William Rosecrans after the Union’s defeat at Chickamauga; Rosecrans, Lincoln mused, was “confused and stunned, like a duck hit on the head.”…

nothing makes me happier than watching rich people waste their money; so thanks Jeb. I'll miss you. ??

The people who thought investing in Jeb! was a good idea are managing your retirement plan.

Jeb Lund, in the Guardian:

In announcing the suspension of his campaign, Jeb Bush couldn’t have found a more apt expression for his departure from a contest that was beyond his ken than “I congratulate my competitors who are remaining on the island”. The 2016 Republican presidential primary is a thing forged in madness; as befitting the functional illogic of a reality TV show, it doesn’t make a lick of damn sense beyond itself, but the results cannot be appealed. Jeb has been voted off the island; he is the weakest link; goodbye…

… Bush launched The New Bush Experience by gathering around him every establishment neoconservative from either the Reagan or the Bush II years – a soulless sludge of amoral warmongering boobery that, ethically-speaking, resembled the invitees to a North Korean state dinner. (They are the sort of people who put on jackets covered with epaulettes and ribbons from armchair campaigns before mounting their rider mower and treating the lawn like they’re about to daisy-cutter Vietnam.) Bush insisted he was his own man by announcing that he’d listen to advice from the people who belonged to at least one other institutional failure…

When it couldn’t conceivably get any worse, Donald Trump entered the race. Blaming Jeb’s failure on him devalues just how badly Bush could’ve simply screwed his campaign up on his own. Trump was the accelerant, but Bush had to fumble and drop a lit cigarette into his pants cuff before the Trump-branded gasoline could do its work.

Trump didn’t make Bush reply to a mass shooting with, “Stuff happens”. He didn’t make Bush, a man married to a Mexican woman and the father of mixed-race children who almost exclusively speaks Spanish in his own home, say that we shouldn’t live in a multicultural society. He didn’t make Bush say that people in this country needed to work longer hours. He didn’t tell Bush that Obama’s daughter’s name was “Malala” (which is the name of the Nobel peace prize winning Taliban shooting victim turned women’s rights activist), not “Malia”.

None of that even gets to all those weird, doomed attempts by Bush’s campaign to make him go viral: pictures of Bush flashing the liners to his blazers, showing his JEB! emblem on a white background. Or the picture of a somewhat pathetic and forlorn Jeb standing in a hoodie, staring at the camera, as if pleading to know when this ends. Or him taking a selfie in front of the “Peachoid”. Or that last, harrowing Twitter picture, of a gun with his name engraved on it; Bush simply tweeted, “America.” …

It's amazing how bewildered Jeb has been by this campaign. He kept calling Trump's success "weird." Jeb seems more confused than angry.

Improbably, Jeb's badness at running for president has made me kind of like him. Poor, sweet Jeb.

See, I want to think that and then I remember the Schiavo family, and stand your ground laws… https://t.co/izi3ev1FWI

If Jeb were actually a decent, good-hearted, honorable man he could have gotten rich friends to donate $100 million to something useful.

At the Washington Post, “Fall of the House of Bush”:

Mike Murphy, the chief strategist for Bush’s super PAC, Right to Rise, explained what had happened this way on Sunday. “Our theory was to dominate the establishment lane into the actual voting primaries,” he said. “That was the strategy, and it did not work. I think it was the right strategy for Jeb. The problem was there was a huge anti-establishment wave. The establishment lane was smaller than we thought it would be. The marketplace was looking for something different, and we’ll find out how that ends when we have a nominee.”

I kept hoping that before he got out Jeb would sacrifice himself and punch Donald in the nose. Ah, well.

On page after page kept safe in a binder, the playbook laid out a strategy for a race his advisers were certain would be played on Bush’s terms — an updated, if familiar version of previous Bush family campaigns where cash, organization and a Republican electorate ultimately committed to an electable center-right candidate would prevail.

The playbook, hatched by Sally Bradshaw, Mike Murphy and a handful of other Bush confidants in dozens of meetings during the first half of 2015 and described to POLITICO by some of Bush’s closest and most influential supporters, appealed to the Bush family penchant for shock-and-awe strategy. The campaign would commence with six months of fundraising for the Right to Rise super PAC and enough muscle to push aside Mitt Romney. There would be a massive, broad-based organizational effort to plant roots in March states at a time when other campaigns were mired in Iowa and New Hampshire. The plan outlined Bush’s positive, future-focused message with an emphasis on his decade-old record of accomplishment as Florida governor.

Interviews with more than two dozen Bush insiders, donors and staff members illuminate the plight of an earnest and smart candidate who was tragicomically mismatched to the electorate of his own party and an unforgiving, mean media environment that broadcast his flaws. The entire premise of Bush’s candidacy, these insiders tell POLITICO, was an epic misread of a GOP base hostile to any establishment candidate, especially one with his baggage-weighted last name…

Today, somewhere in America, a Right to Rise donor is burning the "Ambassador to France" stationary he'd ordered. Please, think of him.

So what does Right to Rise do with their remaining resources?

Molly Ball, back in January, in the Atlantic:

… To a degree not common to other candidates, Bush’s supporters feel protective of him and grieved for his sake. They seem acutely aware that he was never supposed to be in this position—mired in the back of the crowded pack of candidates, struggling to be heard, on the edge of being counted out. A campaign that began with a frontrunner’s fanfare now averages less than 5 percent in national polls. It’s a situation that might be humbling or humiliating for your average governor or senator making a run at the title, but it takes on special resonance for a member of one of America’s royal families.

The fact of Bush’s lineage has made the grim saga of the campaign something more than Jeb’s personal drama. It has been his burden and his boon alike, elevating and stifling him at the same time. The topic of his family follows him everywhere, and not just because the media brings it up constantly. The voters, too, want to talk about it, with an unnerving intimacy…

“I’m a 62-year-old man that has a life experience,” he added. “People are going to vote for me. They love my dad; some may love my brother and not love my dad—it’s a little more complicated, it’s not a unified deal. I’m proud of them. I’m not running away from them—that is total nonsense.” Bush praised his older brother for his leadership and for keeping America safe, then reiterated that he had to win the nomination on his own merits. “I spend time talking about my family in a loving way—you can’t ignore them, because that’s weird,” he said. “You can’t over-rely on them, either. There’s a balance.”…

"Remember when I choked on a pretzel, Jeb?"
"Please not now, George."
"They made me president twice."
"OK."
"I dressed like a fighter pilot"

Summing up: a Bush spends fortune to lose war against extremists.

There are enough pictures from this campaign of Jeb looking distant and sad to fill a coffee table book. pic.twitter.com/OdbBMNbSWh

To quote Peggy Noonan: Let. Us. Savor. While we can…

Today is the first day of George P. Bush's 2028 campaign.