You are here: Home / Politics / Activist Judges! / When Grown Ups Are In Charge

Here’s President Obama, writing in SCOTUSblog* on what he’ll look for in a Supreme Court nominee (h/t Washington Monthly):

First and foremost, the person I appoint will be eminently qualified.  He or she will have an independent mind, rigorous intellect, impeccable credentials, and a record of excellence and integrity.  I’m looking for a mastery of the law, with an ability to hone in on the key issues before the Court, and provide clear answers to complex legal questions.

Second, the person I appoint will be someone who recognizes the limits of the judiciary’s role; who understands that a judge’s job is to interpret the law, not make the law.  I seek judges who approach decisions without any particular ideology or agenda, but rather a commitment to impartial justice, a respect for precedent, and a determination to faithfully apply the law to the facts at hand.

But I’m also mindful that there will be cases that reach the Supreme Court in which the law is not clear.  There will be cases in which a judge’s analysis necessarily will be shaped by his or her own perspective, ethics, and judgment.  That’s why the third quality I seek in a judge is a keen understanding that justice is not about abstract legal theory, nor some footnote in a dusty casebook.  It’s the kind of life experience earned outside the classroom and the courtroom; experience that suggests he or she views the law not only as an intellectual exercise, but also grasps the way it affects the daily reality of people’s lives in a big, complicated democracy, and in rapidly changing times.  That, I believe, is an essential element for arriving at just decisions and fair outcomes. 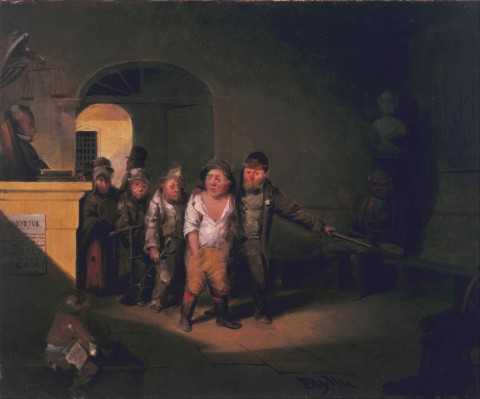 Also — just in case you were worrying (I wasn’t and am not) that President Obama might take seriously for a moment any suggestion that he should punt on this choice, here’s all you need to know:

The Constitution vests in the President the power to appoint judges to the Supreme Court.  It’s a duty that I take seriously, and one that I will fulfill in the weeks ahead.

I will so miss this man.