END_OF_DOCUMENT_TOKEN_TO_BE_REPLACED

Maybe Salon just wants to be the college newspaper for people who miss theirs. pic.twitter.com/PI9N1VZtd0

I put Walker Bragman’s latest Salon post in the “Life Is Too Short” pile, but fortunately Wonkette has done the hard work of comprehensively dissecting it…

Dear Salon, Set Your Dick On Fire And Eat It
The granddaddy of liberal internet news sites, Salon, has taken time off from begging the FBI to put Hillary Clinton in email jail, and urging young folk to skip voting this year if Hillary Clinton is the Democratic nominee, and is instead inviting you to consider, hey? Why not vote for Donald Trump? He may be a fascist, but there is one thing about him you cannot deny, and that is that Donald Trump is not Hillary Clinton. Salon ain’t lyin’! Vote Donald Trump, you guys, for all the many good reasons laid out by Walker Bragman (the non-Haha Goodman half of the He Man Hillary Hater Bois Club) in his masterpiece, “A Liberal Case for Donald Trump: The Lesser of Two Evils Is Not at All Clear in 2016″…

Go read the whole thing, because it is glorious, and will get you in the mood for tonight’s #NerdProm.

END_OF_DOCUMENT_TOKEN_TO_BE_REPLACED

I wouldn't have thought of casting Zachary Quinto to play @ggreenwald, but it looks like a good choice. https://t.co/U5mhE5zf7X

There’s a sub-branch of linguistics where the experts search for the words that don’t exist in a particular language — sometimes because certain subjects are considered too dangerous to speak of directly. From the Washington Post‘s Wonkblog, “New study: Snowden’s disclosures about NSA spying had a scary effect on free speech”:

….[I]t’s difficult to judge the effect of government-spying programs. How do you collect all the utterances that people stopped themselves from saying? How do you count all the conversations that weren’t had?

A new study provides some insight into the repercussions of the Snowden revelations, arguing that they happened so swiftly and were so high-profile that they triggered a measurable shift in the way people used the Internet.

Jonathon Penney, a PhD candidate at Oxford, analyzed Wikipedia traffic in the months before and after the NSA’s spying became big news in 2013. Penney found a 20 percent decline in page views on Wikipedia articles related to terrorism, including those that mentioned “al-Qaeda,” “car bomb” or “Taliban.”

“You want to have informed citizens,” Penney said. “If people are spooked or deterred from learning about important policy matters like terrorism and national security, this is a real threat to proper democratic debate.”

Even though the NSA was supposed to target only foreigners, the immense scale of its operations caused many to worry that innocent Americans were getting caught in the dragnet. A Pew survey in 2015 showed that about 40 percent of Americans were “very” or “somewhat” concerned that the government was spying on their online activities.

The same survey showed that about 87 percent of American adults were aware of the Snowden news stories. Of those people, about a third said they had changed their Internet or phone habits as a result. For instance, 13 percent said they “avoided using certain terms” online; and 14 percent said they were having more conversations face to face instead of over the phone. The sudden, new knowledge about the surveillance programs had increased their concerns about their privacy.

Penney’s research, which is forthcoming in the Berkeley Technology Law Journal, echoes the results of a similar study conducted last year on Google Search data. Alex Marthews, a privacy activist, and Catherine Tucker, a professor at MIT’s business school, found that Google activity for certain keywords fell after the Snowden stories were splashed on every front page. Both in the United States and in other countries, people became reluctant to search for terrorism-related words such as “dirty bomb” or “pandemic.”…

The Wikipedia data suggest that the Snowden revelations had a noticeable impact on people’s Wikipedia behaviors, says Penney. “I expected to find an immediate drop-off in June, and then people would slowly realize that nobody is going to jail for viewing Wikipedia articles, and the traffic would go back up,” he said. “I was surprised to see what looks to be a longer-term impact from the revelations.”…

Of course people will find a way around the Forbidden Terms — people always do, whether it’s Siberian nomads referring to Grandfather (Bear) or devout Jews not speaking the name of their god — but wasn’t there a time when “Watch what you say, watch what you do” was righteously mocked as un-American?

END_OF_DOCUMENT_TOKEN_TO_BE_REPLACED

Note from beloved (by me, anyways) commentor EFGoldman:

I’ve been in touch w/Shakezula about a possible Lawyers Guns & Money/Balloon Juice combo meetup in DC in the next couple of weeks. Here are the details:

We’re arriving in DC Friday, May 6, staying thru Tuesday May 17 (leaving the 18th). However, for the whole first week (thru Saturday the 14th) we won’t be available in the evening, because the reason for the trip is to take care of our toddler granddaughter while mom & dad are in London and Paris. We could do brunch or lunch, because she goes to preschool.

From Sunday thru Tuesday the 17th, we can do any time.

For the week of babysitting, we’ll be at Lyon Village on Lee Highway, just off I-66. Sunday thru Tuesday, at the Best Western on South Glebe Road just off 395. Either way, we’ll have a car.

I can attest from the couple of meet-ups we’ve had here in Boston that EFG and (especially) his lovely wife are wonderful people with whom to talk. (Yes, Boston-area peeps, we need to do another meetup — maybe at the Helmand?)

Meanwhile, leave a comment if you are interested / have suggestions for a DC venue, or email me (click on my name in the right-hand column or use annelaurie at verizon dot net) and I’ll forward your message.

END_OF_DOCUMENT_TOKEN_TO_BE_REPLACED

I don’t think George Will is ready to jump on the Trump bandwagon, you guys…

Donald Trump’s damage to the Republican Party, although already extensive, has barely begun. Republican quislings will multiply, slinking into support of the most anti-conservative presidential aspirant in their party’s history. These collaborationists will render themselves ineligible to participate in the party’s reconstruction.

Ted Cruz’s announcement of his preferred running mate has enhanced the nomination process by giving voters pertinent information. They already know the only important thing about Trump’s choice: His running mate will be unqualified for high office because he or she will think Trump is qualified.

Were he to be nominated, conservatives would have two tasks. One would be to help him lose 50 states — condign punishment for his comprehensive disdain for conservative essentials, including the manners and grace that should lubricate the nation’s civic life. Second, conservatives can try to save from the anti-Trump undertow as many senators, representatives, governors and state legislators as possible.

God, that’s hilarious! Who does the prissy, bow-tied shithead think is reading his column, aside from schadenfreude-huffing Democrats like me? Even Marco Rubio, who called Trump a micro-dicked conman just a few months back, is coming around, perhaps angling for VP.

END_OF_DOCUMENT_TOKEN_TO_BE_REPLACED

Seven Samurai is the version I know, so I don’t have an allegiance to the “original” American remake. I adore Denzel Washington, I like Chris Pratt & Jennifer Lawrence, and Anton Fuqua’s Training Day was very good IMO. So we may not get around to seeing this in a theatre (the Spousal Unit does not have a strong stomach for on-screen violence), but I’ll watch it at home eventually.

On a rather different topic, while I am not qualified to have an opinion on Beyonce’s Lemonade, I know some commentors like Melissa Harris Perry’s work and you might have missed this, because Elle. And before you explain how separate you are from this topic, you might at least enjoy the way it sent Alex Jones a little further over the edge…
***********
Apart from entertainment & arguing, or arguing about entertainment, what’s on the agenda for the day?
.

END_OF_DOCUMENT_TOKEN_TO_BE_REPLACED 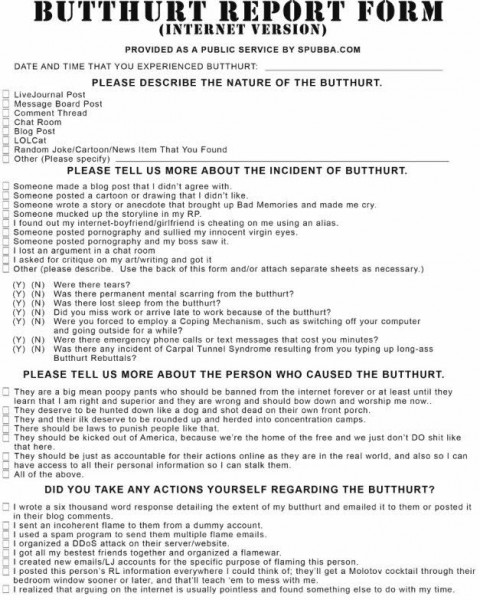 * I don’t remember where I found this image. So hat tip to the Internet!