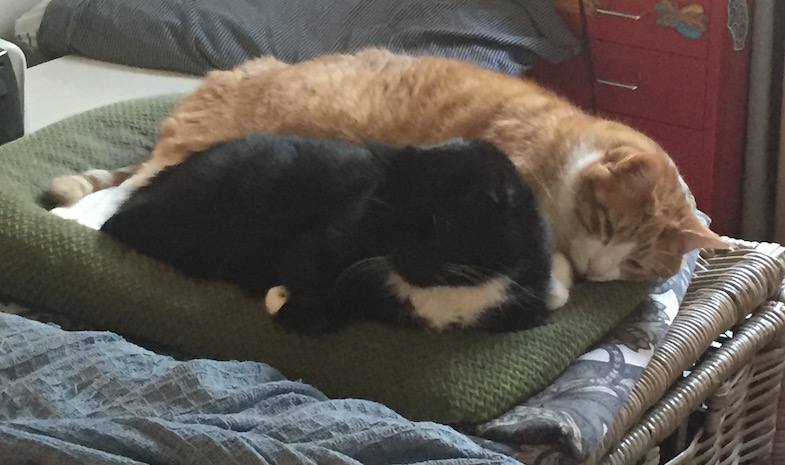 The massive orange one is Alistair; the tuxedo is Ogdred. For some reason, they seem to think they both fit on the smaller of the two cat beds.