Anger?  Heartbreak? Disbelief? Berserker rage?  Which should come first in response to this?

For forty years, the Tuskegee Study of Untreated Syphilis in the Negro Male passively monitored hundreds of adult black males with syphilis despite the availability of effective treatment. The study’s methods have become synonymous with exploitation and mistreatment by the medical community. We find that the historical disclosure of the study in 1972 is correlated with increases in medical mistrust and mortality and decreases in both outpatient and inpatient physician interactions for older black men. Our estimates imply life expectancy at age 45 for black men fell by up to 1.4 years in response to the disclosure, accounting for approximately 35% of the 1980 life expectancy gap between black and white men. (h/t Jesse Singal at The Science of Us) 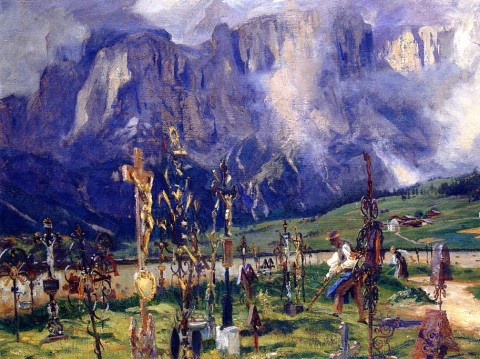 That’s the abstract of a paper by Stanford Medical School’s Marcella Alsan and the University of Tennessee economist Marianne Wanamaker. It’s currently in the working paper stage at the National Bureau of Economic Research (which is, despite its name, not a government research institution).

As Singal writes over at New York Magazine that means both that this is not quite the final draft of this paper (or at least, that it hasn’t yet gone through the whole journal process yet) — and that there is a host of nuance and specific contingencies that surround the Tuskeegee story.  But the central point remains:  specific acts of racial cruelty harm not just those bearing the immediate brunt, but also can — and did here — do  lasting and lethal damage to so many more.

Our findings underscore the importance of trust for economic relationships involving imperfect information. Typically the literature on trust has focused on trade settings (Greif, 1989); however, much of medical care depends on health providers and patients resolving information asymmetries. Trust, therefore, is a key component of this interaction…

And if we needed any more reasons to take this election seriously (we don’t) think on this:  Donald Trump’s candidacy is based on racism, on the denial of a share in American polity and society to those who look the wrong way.  There’s a breach of trust there, deep and dangerous — and in so many ways, deadly as hell.