You are here: Home / Foreign Affairs / For the Sixth Time in Its Modern History the Turkish Military Has Seized Control 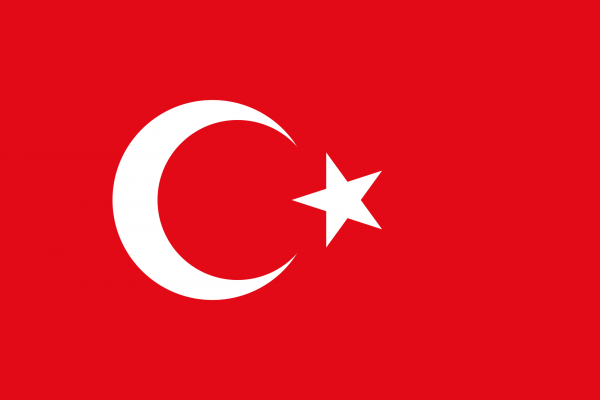 Things seemed to have slowed way down in regards to information coming out of Turkey. The Turkish Prosecutor’s Office in Ankara has reported that there a 42 dead civilians, 17 of whom were police. Thirteen soldiers who tried to storm the Presidential Palace have been arrested.

Borzou Daragahi has highlighted a report from a journalist in Istanbul that what is being reported as explosions or bombings are, in fact, the sonic bombs from fighter jets. Since there are conflicting reports of Turkish fighters targeting both the coup side and the government side, it is unclear which side’s flying these jets, but it would be standard procedure for the military to put up a combat air patrol (CAP).

Additionally, The Guardian is reporting that General Zekai Aksakalli, Commander of Turkish Special Forces, has stated that “those who are attempting a coup will not succeed”. And that: “Our people should know that we will overcome this … We are in control of the situation.”

The EU has issued a formal statement supporting the Turkish government:

Turkey is a key partner for the European Union. The EU fully supports the democratically elected government, the institutions of the country and the rule of law. We call for a swift return to Turkey’s constitutional order. We continue to follow closely the developments and to coordinate with the 28 EU Member States.

Soldiers have, apparently, seized control of CNN Turk. Soldiers have also been reported as seizing the Hurriyet building.

Reuters is reporting that President Erdogan’s plane has landed at Istanbul Airport.

Reuters is reporting that the Turkish Parliament has been bombed. And there are reports of a large blast in Istanbul as well.

An F 16 has shot down a helicopter commandeered by those involved with the coup.

The AP is reporting that Turkey’s National Intelligence Spokesman has stated that the coup has been repelled.

And NATO Secretary General Jens Stoltenberg has stated that:

I have just spoken to the Turkish Foreign Minister Mevlut Cavusoglu. I am following events in Turkey closely and with concern. I call for calm and restraint, and full respect for Turkey’s democratic institutions and its constitution. …Turkey is a valued Nato ally.

Finally, here’s the readout of the President’s call with Secretary Kerry on the events in Turkey:

According to Ece Temelkuran, a writer based in Istanbul, the mosques have begun repeating President Erdogan’s call for his supporters to take to the streets and use people power to rebuff the coup.

The military has, of course, instigated a curfew. And there have been reports of one helicopter gunship firing over Istanbul. It is at this point that things could turn very ugly very quickly. If the military is unable to establish and maintain order and the Erdogan government is unable to reestablish it, then we have all the possibilities of a classic insurgency. The challengers do not have the power to successfully complete their rebellion and the government does not have the power to successfully suppress the rebellion.

Reuters has just reported that the Turkish armor surrounding the Turkish Parliament have opened fire.

Reuters is reporting, based on EU sources, that the coup appears to be substantial.

“It looks like a relatively well orchestrated coup by a substantial body of the military, not just a few colonels,” the source told Reuters.

“They’ve got control of the airports and are expecting control over the TV station imminently,” the source said, shortly before state television TRT broadcast a military declaration of martial law.

“They control several strategic points in Istanbul. Given the scale of the operation, it is difficult to imagine they will stop short of prevailing,” the source said.

The Guardian is reporting, sourced to NBC News, that:

The president (Erdogan) was speaking from an undisclosed location, and NBC News, citing an anonymous US military source, said that his plane had been refused landing rights in Istanbul.

The Guardian is reporting that PM Erdogan is blaming the coup on the Gulen Movement. Gulen, a political rival of Erdogan’s, has been in exile in Pennsylvanian (this should have been a tell, Southeastern PA is where you go to plan a revolution…) and here’s some info on his movement.

The Guardian is reporting that Reuters has reported out, based on sources within Turkey, that the Turkish state broadcaster has gone off the air.

Hetav Rojan, who is affiliated with the SDU in Copenhagen, has reported on his twitter feed that PM Erdogan is headed to the airport. It is unclear what this actually means in terms of Erdogan’s efforts to regain and/or maintain control.

Borzou Daragahi, a reporter with Buzzfeed, is reporting that Erdogan is in a secure location.

So you can see just how disjointed the information is coming out – even from good sources!

The Guardian is reporting that the Turkish Armed Forces have released a statement that:

the freedom of Turkish citizens is guaranteed by what is referred to as a “peace council”, regardless of religion, race or language.

The Guardian is also reporting that “military forces have control of airports and strategic points in Istanbul”.

Here is the link to The Guardian‘s breaking news on the Turkey coup. Here’s the one for the BBC’s. Here’s the AP’s. And here’s the twitter feeds of a couple of good sources. Hetav Rojan and Borzou Daragahi.

For the Sixth time since the founding of the modern state of Turkey the Turkish military has mounted a coup and seized control of the government. The Turkish Armed Forces has released the following statement:

The Turkish government has responded with:

This is an attack against Turkish democracy. A group within the Armed Forces has made an attempt to overthrow the democratically elected government outside the chain of command. The statement made on behalf of the Armed Forces wasn’t authorized by the military command. We urge the world to stand in solidarity with the Turkish people.

The Turkish military has traditionally been fiercely Kemalist and has seen itself as the defender of Mustafa Kemal’s legacy. Prime Minister Erdogan had tried to coup proof himself by replacing a number of military leaders, including having them investigated, charged with crimes, tried, convicted, and imprisoned.

As is always the case this is a quickly changing situation, information is likely to change over the next 24-48 hours. I’ll update with information as it becomes available.