You are here: Home / Foreign Affairs / Military / Because Some Asshattery Needs Its Own Snark

Like several valued commenters, I can’t help but love this story:

The [North Carolina] state GOP sent out a tweet Wednesday night saying it was “shameful” for Kaine to wear the flag of Honduras during his speech at the Democratic National Convention.

Kaine was, of course, wearing a Blue Star Service pin, which people wear to signal they’ve a family member on active duty during a war or a conflict. 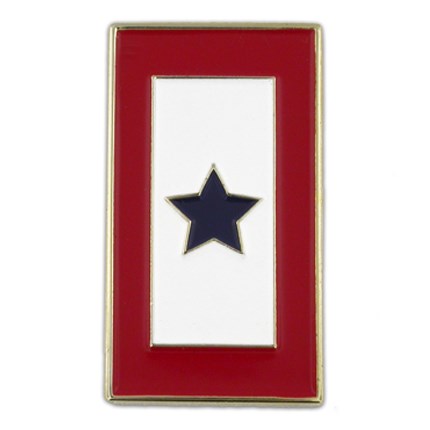 To the wingnut mind, which is to say the Twitter account of the North Caroline GOP, this subtle and simple acknowledgement of pride and moment in a son’s service was the Honduran flag, and Kaine’s brazen display of that unAmerican allegiance was, and I quote, “shameful.”

To which I reply: Morans!

Maybe so, but the only acknowledgement of their feckless, incompetent asshattery I’ve been able to find is a thank you to the person who pointed out what Kaine was actually wearing.  No contrition aimed at the nominee, his son, or the Democratic Party.

Which is to say that the NC GOP is not merely incompetent, feckless and having trouble peering through its own colon; they’re a bunch of ill-mannered boors whose parents should have (and maybe tried to) raise them better.

ETA:  as pointed out by valued commenters Hoodie, Omnes Omnibus, and in a prior thread Raven, the executive director of the state GOP did issue a clear apology to Tim Kaine and his family this afternoon.  So my dudgeon was accurate at the time I first read this story, and was superceded by the time I wrote my snark.  I regret that error — and exactly none of my disdain for the impulse that produced the initial last-refuge-of-scoundrelism.

Image:  from this catalogue.