Nothing to see here, folks:

[A] former senior intelligence officer for a Western country who specialized in Russian counterintelligence tells Mother Jones that in recent months he provided the bureau with memos, based on his recent interactions with Russian sources, contending the Russian government has for years tried to co-opt and assist Trump—and that the FBI requested more information from him. […]

In June, the former Western intelligence officer—who spent almost two decades on Russian intelligence matters and who now works with a US firm that gathers information on Russia for corporate clients—was assigned the task of researching Trump’s dealings in Russia and elsewhere, according to the former spy and his associates in this American firm. This was for an opposition research project originally financed by a Republican client critical of the celebrity mogul. (Before the former spy was retained, the project’s financing switched to a client allied with Democrats.) “It started off as a fairly general inquiry,” says the former spook, who asks not to be identified. But when he dug into Trump, he notes, he came across troubling information indicating connections between Trump and the Russian government. According to his sources, he says, “there was an established exchange of information between the Trump campaign and the Kremlin of mutual benefit.”

This was, the former spy remarks, “an extraordinary situation.”

END_OF_DOCUMENT_TOKEN_TO_BE_REPLACED

Since beloved commentor & party-sparker EFGoldman likes the idea, we’ll be getting together at Su Chang’s, in Peabody — just down the road from the Northshore Mall. Their food is great (we first heard of the place from visiting Cantonese friends-of-friends), very reasonably priced, and there’s plenty of free parking.

Because it’s a Saturday, I’m thinking a start time of 4:30pm or 5pm would be good… that should give everyone time to catch up on weekend errands/business, while giving anyone coming from farther away time to enjoy themselves before we all turn into pumpkins. Opinions?

END_OF_DOCUMENT_TOKEN_TO_BE_REPLACED

I’m watching a Storage Wars marathon (and basically anything else that can hold my interest) because I am so fucking sick and tired of this election, but I had a random thought. Let’s see if we’re being cynical enough about this whole Comey.

Given the disclosures today about Trump and the Russian server and the bombshell that the Russians were allegedly attempting to recruit Trump for five years, what if Comey found out a while back that this was happening, but wanted to hold it close to vest so as not to endanger the investigation. Then when they found out, they desperately wanted to inform the public, but were afraid if they came forward with this info, it would play into Trump’s spiel about rigged elections. Simultaneously, Comey knows he has a lot of rogue agents who are leaking crap about the Clintons at every time, and for obvious reasons, he wants to get rid of them.

The next best way to do this would be to first leak the nothing burger about emails neither wrote nor received, knowing full well it will be quickly refuted, then track who knows what and was involved and you could follow the leaks and find out who the disloyal and rogue agents are. Then, you could coordinate the planned leaks about Trump and the Russians for maximum damage, and no one can claim the election is rigged, because if it was ok for Clinton it is ok for Trump.

You then take out Trump, who you think is a real threat, identify the problems within the FBI, retain your nonpartisan stature, and you and Loretta get to go on a nice purge prior to HRC taking over in January.

Or I have read too many shitty spy novels and Comey is just an idiot.

END_OF_DOCUMENT_TOKEN_TO_BE_REPLACED

I need a break, how about you?

Bixby is over the drama:

Bailey is settling in nicely:

I have a hundred pieces of candy and no takers. Everyone I’ve talked to in my circle is having the same low turnout.

Let’s try and fill this thread with good thoughts….

END_OF_DOCUMENT_TOKEN_TO_BE_REPLACED

Franklin Foer is up with an almost-incendiary new piece at Slate on Trump’s secret email link to a Russian bank. And here’s what Foer has found:

The irregular pattern of server lookups actually resembled the pattern of human conversation—conversations that began during office hours in New York and continued during office hours in Moscow. It dawned on the researchers that this wasn’t an attack, but a sustained relationship between a server registered to the Trump Organization and two servers registered to an entity called Alfa Bank. 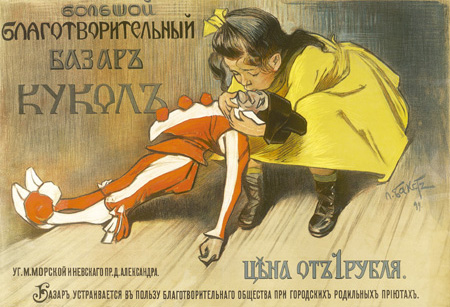 Alfa Bank deep and old ties to Vladimir Putin in an admittedly complicated history described in part (as Foer cites)in this work.

Yesterday, when Senator Harry Reid posted his letter suggesting that FBI Director Comey was sitting on “explosive” information about Trump’s ties to Russia, some serious people suggested that was just Reid blowing smoke — the way he provoked Romney with his claim that the 2012 GOP nominee hadn’t paid taxes in a decade (which wasn’t true, at least for the two years the RomBot deigned to release his partial returns.)  I got into a twitter fight about that with Tom Nichols, who many (including me) see as a smart and honest-broker conservative.  Reid’s tactics pissed him (and many others) waaaaay off, and the default was to assume that this latest was more of the same.

Well, perhaps, not so much.

One of the interesting aspects of Foer’s stories is that the New York Times is on it too.  Foer writes:

Around the same time [September], the New York Times’ Eric Lichtblau and Steven Lee Myers began chasing the story. (They are still pursuing it.)

I have been (today! on Twitter) extremely critical of the Times‘ coverage of this election, particularly its disastrous refusal to accept the sunk cost of their dry-hole Clinton email investigation. This would be a good moment to redeem, in part, the institutional failure there to follow up on Trump stories with the kind of in-depth reporting that the Post’s David Fahrenthold and Newsweek’s Kurt Eichenwald, among some others, have produced.

But leave aside the press wars for a moment, and contemplate what Foer has uncovered, partial and circumstantial as it is.  For months, with communication peaking at politically significant moments, Donald Trump maintained a secret communication link with the highest levels of the Russian kleptocracy.

Throughout this election one of the core unanswered questions has been “Who owns Donald Trump.” The single real failure of journalism in this campaign has been the lack of a sustained effort to crack that query.  Now we have a partial answer, circumstantial, inferential, but more solid than all the months-long Trump denials of connections between his organization and Russian institutions.

Absent any better information, the prudent response is that the possibility that Putin owns Trump is non-trivially real — and hence makes it waaaaaay too risky to allow him and his associates anywhere near power.

And, of course, we are within days of the choice that could make him President of the United States.

PS:  Bat signal for Adam. I’d love some actual knowledgeable commentary on this. (Feel free to attach to this or a new front page item, if you’re so moved, btw.)

Tom asked me to weigh in here, so here goes. I am not a computer scientist and while I’ve taught one criminology course on cyber based crime and terrorism way back in 2006, wrote a paper with a computer science specialist on how the Internet can be used to transmit extremist ideology and promote terrorism back in 2003, other than reading up, as necessary for work, on what the US is doing within the cyber domain, I can’t comment on the technical aspects of Foer’s reporting. I do, however, have expertise with both link and social network analysis; especially to determine who is connected to who to understand an operating environment. In this case, based on Foer’s reporting and the work of the subject matter experts he’s citing, there appears to be a confirmed connection (link) between two nodes (with a weaker link between one node and a third node). And that connection runs two ways and based on what the technical subject matter experts indicate that two way connection is for the purpose of electronic communication. The two nodes are a Trump Organization server and a Russian oligarch owned bank who’s owners have ties to Vladimir Putin.

At this point there are only two real questions: 1) Is the appearance of a two way communicative connection between the Trump Organization (node 1) and Alfa Bank (node two) actual or an digital artifact? Foer’s reporting seems to settle this that it is actual/real. And 2) What was the purpose of the communication? Was it simply for mundane business purposes – that the Trump Organization has accepted investment from Alfa Bank or those that keep their money there or that the Trump Organization has accepted loans to keep its operations going from Alfa Bank in order to maintain liquidity? Or was the purpose of the communications for something else? There is insufficient information to answer those questions based on Foer’s reporting. Hopefully the NY Times or some other enterprising journalists such as David Farenthold or Kurt Eichenwald might be able to shed some light on that before election day.

END_OF_DOCUMENT_TOKEN_TO_BE_REPLACED

Via valued commenter Conster, an excerpt of a CNBC story posted an hour ago:

FBI Director James Comey argued privately that it was too close to Election Day for the United States government to name Russia as meddling in the U.S. election and ultimately ensured that the FBI’s name was not on the document that the U.S. government put out, a former FBI official tells CNBC.

The official said some government insiders are perplexed as to why Comey would have election timing concerns with the Russian disclosure but not with the Huma Abedin email discovery disclosure he made Friday.

Let’s take a step back and assess. In case #1, nothing is likely to come of the emails on Huma Abedin’s laptop, unless you believe Hillary sent Huma an email that says, “Please inform our Muslim Brotherhood comrades that Ambassador Stevens will be in Benghazi on 9/11. Allahu Akbar!”

In case #2, U.S. government officials, including the FBI, have concluded that a hostile foreign government is trying to swing the U.S. election toward Putin fan Donald Trump. Trump is notoriously vague on policy and had almost zero input on the GOP platform except to check off Russian wishlist items like disrupting the NATO alliance. That happened during the tenure of his former campaign manager Paul Manafort, who was subsequently forced to resign after his ties to Putin came to light.

But Comey decided a probable nothingburger of a development in case #1 is important enough to toss a monkey wrench into a national election in the final weeks, and he didn’t want to sully the Bureau’s integrity by attaching its sacred name to statements about #2 so close to the election.

Comey is either willfully injecting himself into the presidential race, too chickenshit to stand up to partisan dickheads like Jason Chaffetz and rogue agents who allegedly threatened to leak investigation details or lacks the judgment to comprehend the effect of his actions. Whether through partisan hackery, cravenness or naiveté, he’s not fit to lead the FBI.

END_OF_DOCUMENT_TOKEN_TO_BE_REPLACED

You won the cookbook giveaway!

Sent an email yesterday but never heard back. Hopefully you’ll see this today and contact me so you can get your book.

If I don’t hear by tonight I will draw another number.