So things are moving pretty quickly now, and we should be seeing dramatic results every week from here on out. I hope to be able to move in before the New Year things are going so well. The basement is now basically completely done. A little more cement here and there, sealing the floor and attaching the sink to the floor, and it is done.

All of the wood flooring was delivered, all 97 boxes at over 100 lbs a piece. The ceiling fans for every room but the kitchen have arrived, the shower door and bathroom vanity are on the way, the appliances have been ordered and are just waiting to be shipped when we are ready for them. Kitchen cabinets and counter has been ordered and will be delivered when needed.

This week, we spent a lot of time jacking things up in the basement, getting rid of a little droop, and rebuilding the ceiling and reconfiguring the load-bearing in the kitchen and bathroom above it. The idiots before me had cut the floor joists to put plumbing in when they re-did the bathroom instead of being sane normal people and working the fucking plumbing around the structural design of the house, so we had to rebuild that. It was causing a droop in the kitchen and dining room because all the load was on a different joists and several beams, so once we rebuilt the ceiling, we went into the basement and put in more beams and used a bunch of jacks. The structural engineer said it is solid, and we had over-ordered jacks, and I said can we put these in anyway and he said sure. So we have a bunch of these in the basement and the house could basically be supported by them alone, forget the foundation and the existing locust logs. 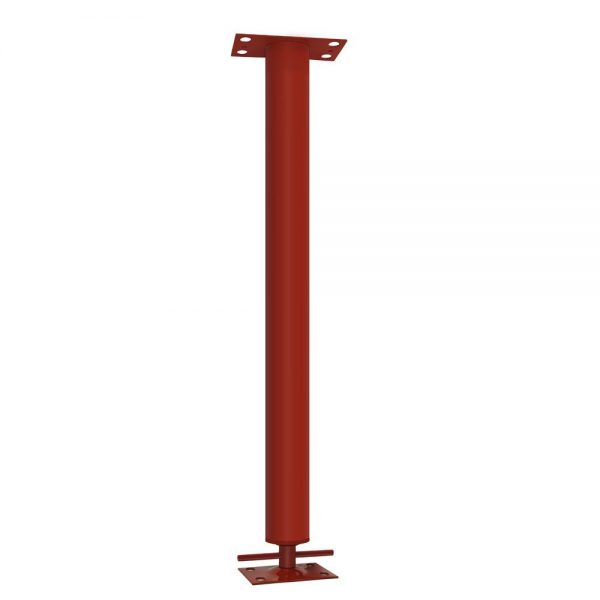 I am ok with something being overdesigned. I drive a Subaru, after all.

On to the kitchen. Wiring is done, and this is where we stand: 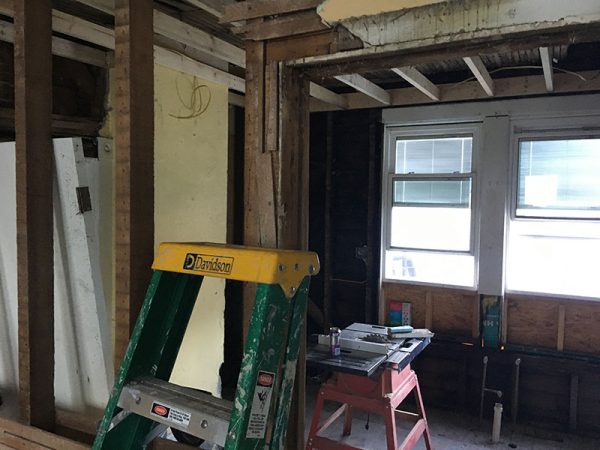 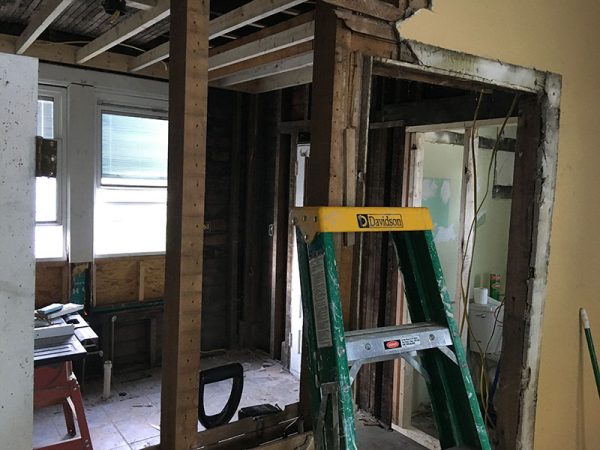 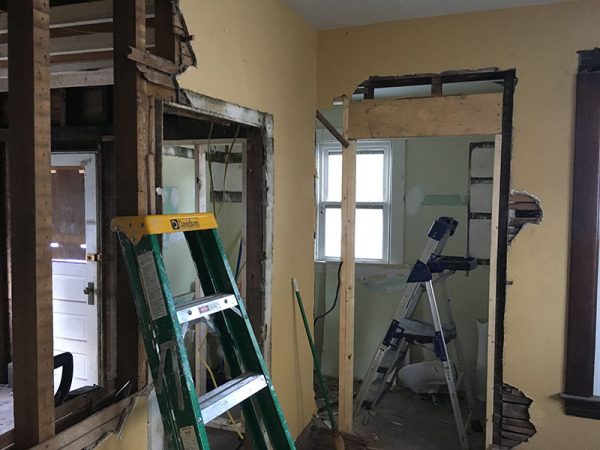 As you can see, we are ready to insulate, put in the walls, have framed up the old door and knocked out the wall to put the new door to the pantry from the dining room. Here’s a gander at the ceiling, which, as I mentioned earlier, we rebuilt structurally and framed it down a foot so it is no only a 10 ft or so ceiling: 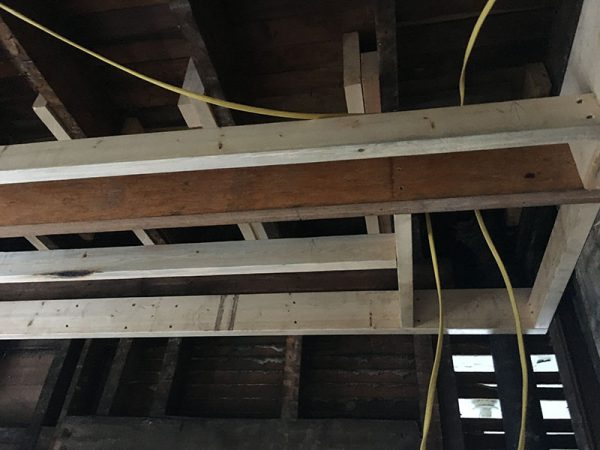 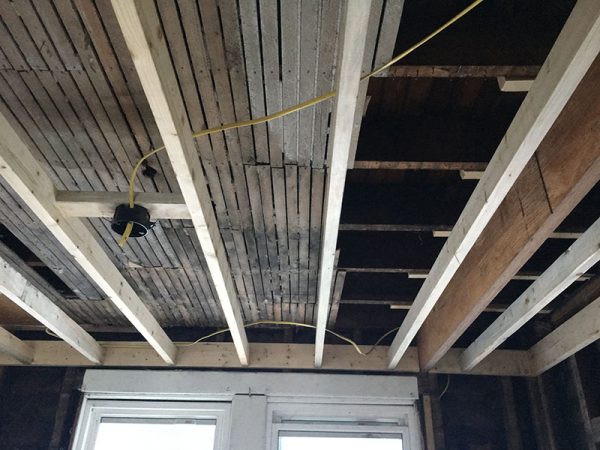 Here’s view from the living room wall, showing you just how big these rooms are. 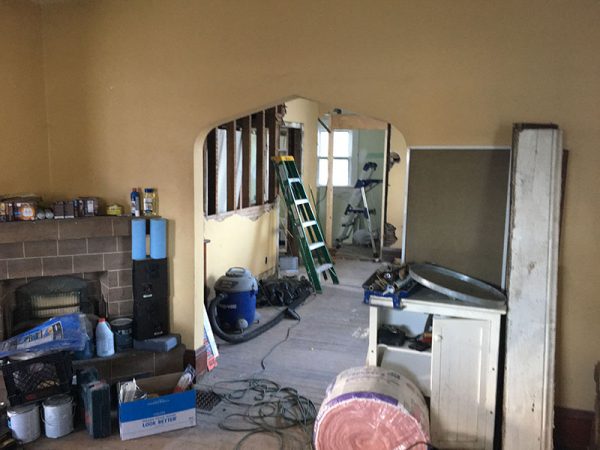 Alrighty, onward and upward to the bathroom. Despite the naysayers and those of you from the Royal Order of the Missing Mustard wishing for disaster, you can see that the shower base was exactly the right fit. 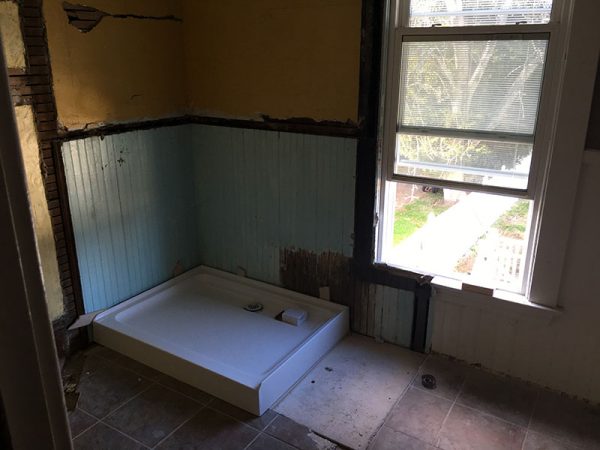 The washer and dryer will be on the second floor rather than the pantry, and are going here opposite the shower, where the corner closet used to be: 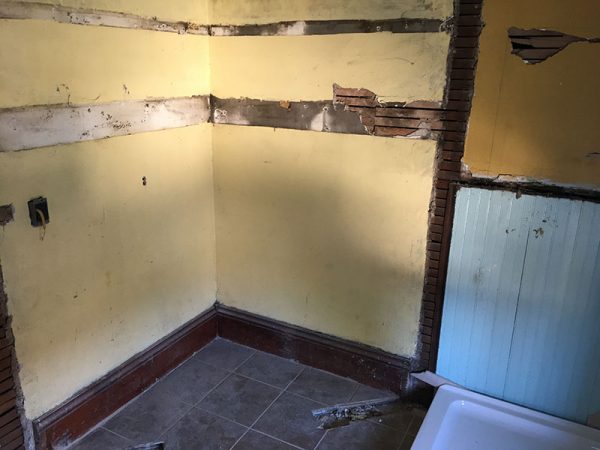 Not much else to talk about here until the plumber gets in and finishes his job. On to my office. As you can see, all the wood has been cleaned, sanded, and varnished and we just need to seal it. The electrician is coming next week to put strips on all the walls on different circuits so I never have breakers pop and always have plenty of juice. I picked out a modern ceiling fan for this room, breaking with the feel of the house a bit, since this is all going to be modern electric tech gear anyway. 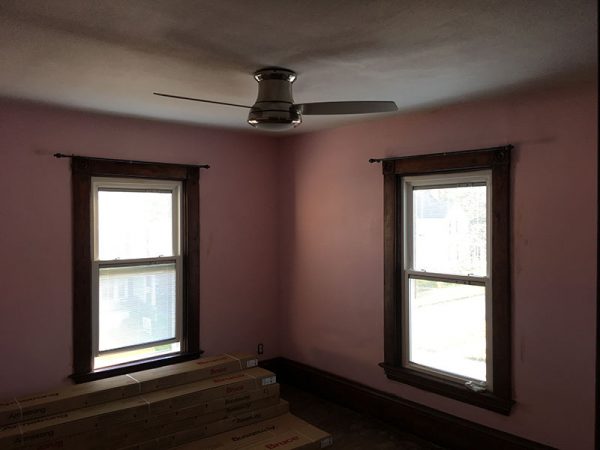 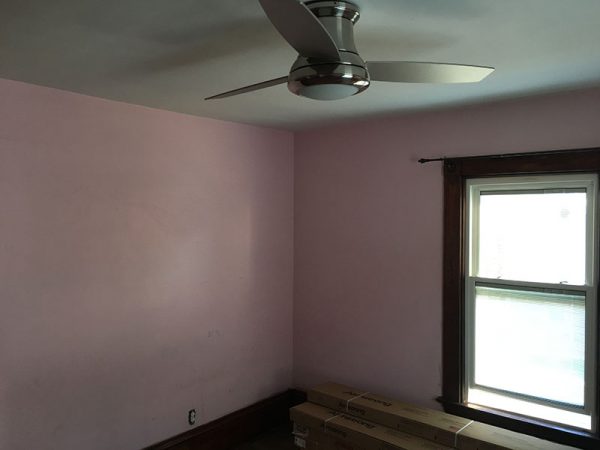 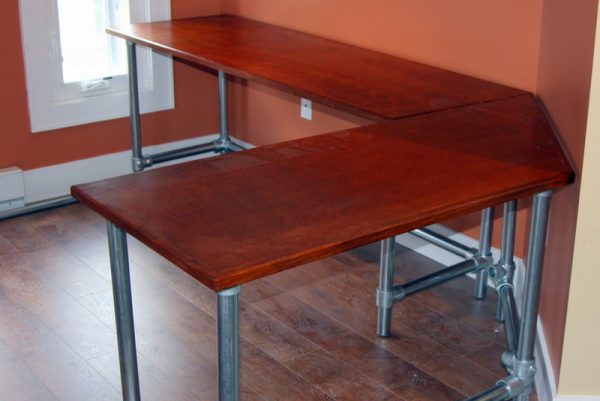 I can’t decide if I am going to keep the metal the original color or maybe steampunk it up a bit. Not sure. I am also, to the left of the desk that will be in the second picture, wall mounting my current television, and to the right of the desk in the first picture putting my recliner and a light. My logic being that if I am spending this much money on the house, I will be god damned if I am putting in a bachelor pad living room and will down the road spend some money on suitable furniture and a tastefully sized tv. That will look much nicer, and I will not have to deal with the never-ending harping from certain commenters (YOU KNOW WHO YOU ARE).

Also, I am very seriously considering putting up something like this for Steve in my office: 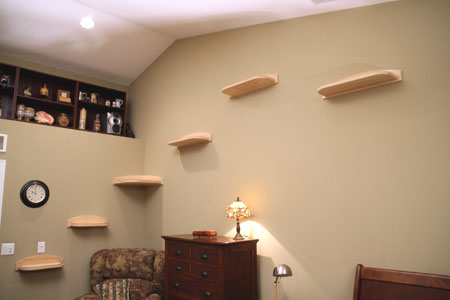 That way, he can quite literally look down on me all day.

Finally, just because I love her so much: 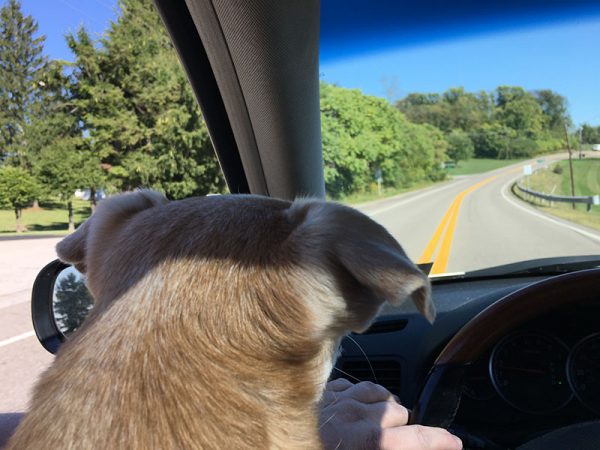 Now on to picking out paint and tiles for the shower. Dad has informed me that we are tentatively in a 48 hour period where I don’t have to write any checks or melt my debit card, so I am going to celebrate with some ice cream for the first time in five days.

Your thoughts on what we have done so far?

Previous Post: « The Maskirovka Slips Part IV: Kompromat 2 and a Second Orange Revolution Too… Updated with a Bit of Watergate Too!
Next Post: Friday Evening Open Thread: I Endorse This Anecdote »