…Who keeps on sending me begging email, even (or especially) five minutes after I’ve dropped a few more bucks. 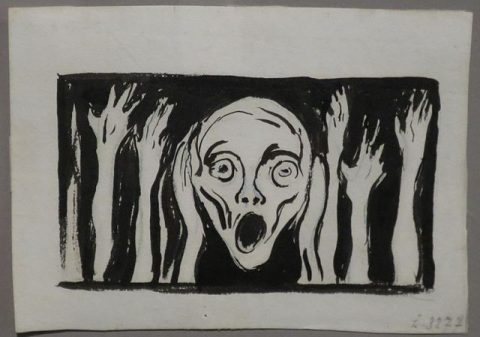 I care about politics. By all the noodly appendages of the FSM, y’all know that, right?

I genuinely believe this is an existential election, one in which it’s not enough (though vital) to take the presidency.  We need the Senate, and we pretty close to need the House, which we are unlikely to get, alas.  It takes dollars to do all that, I know.  I understand that you don’t get if you don’t ask, which means the campaigns gotta try.

But I hit the breaking point yesterday.  My wife and I had decided to drop our last contributions in a flurry of mixed support and magical thinking (this $10 bucks to whoever will propitiate the electoral gods…or this one…or this on…).  I allowed all the emails from all the campaigns we’ve given to over the last  year, plus all the campaigns and PACs folks who bought my info from someone I actually support, to accumulate over a few hours.

There were more than 200.  I ended up sending off a cash to Hillary, the DSCC, the DCCC, and the top Senate races I’ve been following — PA, NC, NH, MO, NV.  YMMV, but that’s where I completely unscientifically decided to put what final $s my wife and I figured we could spare. Deleted all the emails. Exhaled.

Within a few minutes — really — more rolled in.  No surprise; why should the folks I didn’t give to stop — how could they know I’m tapped out?  But still, I was getting tired of the whole thing when I noticed within not that long yet more email from some of the folks I’d just given to.  I snapped.

I don’t want much.  Maybe a three hour window between last contribution and next ask? (I’d prefer 24 hours, actually, but I’ll take what I can get.)  And perhaps a little less agony in the subject lines? Every now and then, maybe a positive note — even something like “let me tell you how we’re going to put each new dollar to use”?

Anyway. Just ranting. Good news out of Nevada, and seemingly so out of Florida, which has me off the ledge.  And I’ll further calm myself by getting out and doing something — GOTV tomorrow and Tuesday in New Hamster.*

But sweet Jeebus on a corndog, it’s not just the sheer awfulness of the campaign on the other side, nor the grotesque reality of racism, sexism and misogyny, anti-Semitism, the power of post-truth ideology, the failure of the elite media, and all the rest of the horrors the Trump freak show has dragged up from the shadows.  I’m ready for this to be over so that all my first-name email friends quiet down. Just a bit.

Rant away below; this is an open thread, especially for complaints, dyspepsia, and general fuckwuttery.

PS: Ain’t that a grand variation on a truly clichéd piece of art?