The curve Trump gets graded on: He's getting a ton of credit for delivering a speech without going off the rails.

I'm just reading the gushing coverage and understanding better how Trump got to be president. My story's posting soon. It's different.

END_OF_DOCUMENT_TOKEN_TO_BE_REPLACED

Glenn McCoy: I drew Betsy DeVos as Ruby Bridges, you can't possibly be more insensitive or tone-deaf than that

President Donald Trump’s efforts to bolster relations with historically black colleges erupted in controversy Tuesday after Education Secretary Betsy DeVos released a statement equating the history of the schools — founded during an era of racial segregation — to “school choice” policies.

“HBCUs are real pioneers when it comes to school choice,” DeVos said in the statement, released Monday night in advance of Trump’s planned signing of an executive order giving the schools more clout. “They are living proof that when more options are provided to students, they are afforded greater access and greater quality. Their success has shown that more options help students flourish.”

The executive order, which Trump signed Tuesday afternoon, was supposed be an easy bit of outreach on the final day of Black History Month to the black community that soundly rejected Trump on Election Day. It moves a federal initiative focused on the colleges from the Education Department to the White House — a move the schools had asked for, hoping it will give them better access to the president.

But the goodwill was quickly overshadowed by DeVos’ statement, which came on the heels of a Monday meeting between Trump and presidents of the schools that left some dissatisfied. Some experts on historically black institutions panned the statement as ignorant, while others said she was inadvertently praising segregation…

That's a helluva thing to say about schools that in many cases were founded in response to racial apartheid https://t.co/Sk50y9FaUC

To paint historically black colleges as pioneers of "school choice" is like saying the Montgomery bus boycott was a transportation startup. https://t.co/DRic6txMU1

… DeVos also seemed to reject one thing the schools are really hoping to get from the administration: More money. One school president told POLITICO that the colleges had asked the White House to back a $25 billion investment in infrastructure improvements on their campuses in their meeting with DeVos Monday. They also advocated for year-round Pell grants and to maintain or increase funding that goes to schools that serve low-income students.

“Rather than focus solely on funding, we must be willing to make the tangible, structural reforms that will allow students to reach their full potential,” DeVos said in her statement…

This is going to be be an effort to gut public schools & encourage resegregation. I've met conservative Christians who swear by it. https://t.co/7HRf5lEbxn

@clairecmc Will Secretary of Labor now say that slavery was about workplace choice?

END_OF_DOCUMENT_TOKEN_TO_BE_REPLACED

I spent a decent chunk of last night going through Oscar’s financials as there was an interesting article in Bloomberg on their 2016 results. I’m waiting for the full results to post at either the New York state regulator’s website or at NAIC.

Oscar Insurance Corp., the startup trying to reinvent medical insurance with its Obamacare-focused plans, lost more than $200 million on the products in 2016 as it heads into a year that may see the undoing of the health law.

I found this interesting as it reminded me of this post I wrote last May on the fate of “lifestyle” insurers when they faced low price on-Exchange competition:

< blockquote>if Centene is attracting healthy people, Harken is attracting healthy people and both are paying large risk adjustment transfers, why is Centene making money and Harken probably losing money in Chicago? Assuming a hypothetical individual could be covered by both insurers for the same treatment, Centene is paying significantly less per service than Harken because Centene’s basing its provider contracts on Medicaid rates instead of commercial or Medicare rates.

Centene and other Medicaid like Exchange providers are targeting roughly the same type of population but since they are much cheaper post subsidy, they are probably getting a far larger population to amortize their fixed costs over plus any service that they do need to pay for, they are paying for at a lower rate.

From here, I am having a hard time seeing how plans that have a “lifestyle” component can compete against Medicaid like Exchange providers. Maybe it is different off-Exchange where everyone is paying full premium and “cheapness” is not a strong selling point.

That seems to be what Oscar is doing, shifting towards a full premium model where the hipness/coolness plus enhanced customer service allows them to offer a fairly expensive product to an affluent but healthy market. My big question is what happens in 2017 after another large premium increase that their off-Exchange base absorbs the entire increment even as the Oscar network shrinks dramatically? There are two opposing forces here. Healthy people don’t care too much about networks but care a lot about prices so they could leave. Sick people who get most of their care at now out of network hospitals will leave but those who get their care at still in-network hospitals will stay. This is a tough empirical question as to what Oscar’s risk profile will look like.

END_OF_DOCUMENT_TOKEN_TO_BE_REPLACED

Sen. Chuck Schumer: "The speech and reality have never been more detached." pic.twitter.com/B7vKrhegx3

… Financial terms of the deal with Penguin Random House were not disclosed, but the publisher said it will donate one million books to a nonprofit partner for the 2016 White House digital education initiative, Open eBooks. The Obamas also plan to donate a significant portion of the proceeds to charity, including the Obama Foundation, the publisher announced…

While the financial terms weren’t disclosed, a publishing deal worth $60 million would break a record for presidential memoirs — George W. Bush’s and Bill Clinton’s sold for $10m and $15m, respectively, the FT reported…

And in local news…

“I made it to Harvard. Never thought I’d be able to say that…but it feels good.” – @rihanna

…And she did this while saying that. pic.twitter.com/CeklN9sStX

… The Grammy Award-winning artist — whose full name is Robyn Rihanna Fenty — was in town Tuesday to receive the college’s 2017 Humanitarian of the Year award.

And not surprisingly, her presence created something of a stir on campus.

By 7 a.m., students were already lining up to ensure they’d get tickets when they became available at noon. And as the day’s 4 p.m. ceremony approached, the line to get into Sanders Theatre stretched well down the block…

The point of the festivities, though, was to honor the performer’s humanitarian work, a lengthy resume oftentimes overshadowed by her success in the music industry.

At just 18, she founded the Believe Foundation, which provided support to terminally ill children.

And since then, she hasn’t much slowed down.

Her Clara Lionel Foundation — named for her grandparents — tackles a range of causes, from education to health and emergency response programs. And her work with the Global Partnership for Education and Global Citizen Project helped convince Canada to pledge $20 million to the Education Cannot Wait fund…

In thanking the university, she spoke about family, and her grandmother’s losing battle with cancer. She spoke of her upbringing in Barbados, and her childhood dreams of saving the world, one 25-cent donation at a time.

Mostly, she urged students to do their part, to make a commitment to help just one person.

“My grandma always used to say if you’ve got a dollar, there’s plenty to share.”

END_OF_DOCUMENT_TOKEN_TO_BE_REPLACED

We’re trying a new feature here, so let’s see how it goes for the next week or so before it’s fully automated.

This post is for Balloon Juicers who are on the road, travelling, etc. and wish to share notes, links, pictures, stories, etc. from their escapades. As the US mainland begins the end of the Earth day as we measure it, many of us rise to read about our friends and their transient locales.

So, please, speak up and share some of your adventures, observations, and sights as you explore, no matter where you are.

And..we have pictures…with Poco….after the fold! Thanks to all picture submitters, and please, send more – lots of us love to see what you share!

END_OF_DOCUMENT_TOKEN_TO_BE_REPLACED

Forget about that gelatinous marmalade hairball for a minute and check out this osprey with a shopping bag attached to its nest: 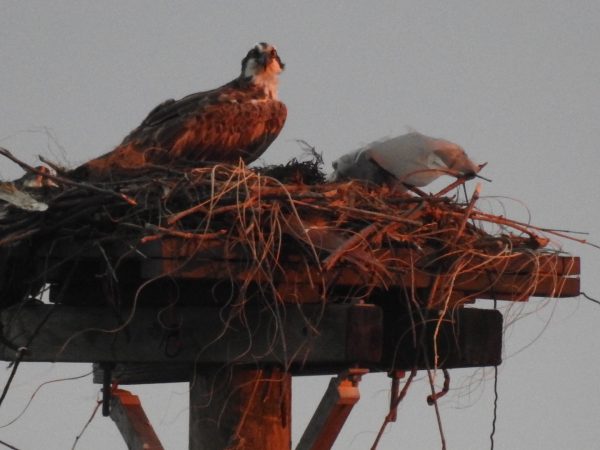 The nest is located on top of a light pole — really high up. It’s likely the bag flew up there by chance and got caught on a stick.

But I like to think the osprey added it as a special design feature of the nest. Maybe it serves as a windsock that helps the bird stick the landings?

Oh, and check out this beach bunny: 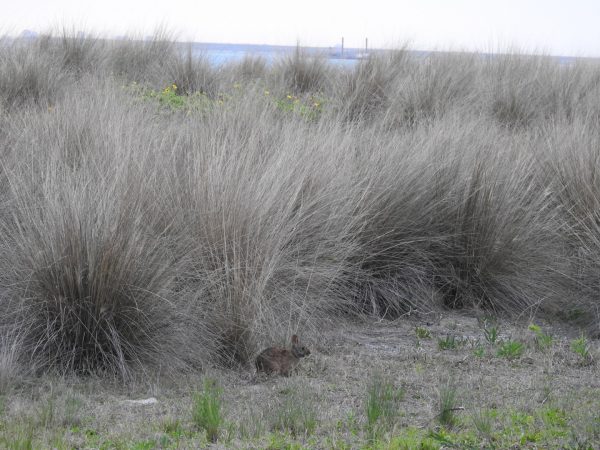 There’s a closer look at the bunny below the fold…

END_OF_DOCUMENT_TOKEN_TO_BE_REPLACED

Nancy Pelosi aint having it pic.twitter.com/g3jWwjhwCT

We are all Elena Kagan pic.twitter.com/BuoljihPVp

The Notorious RBG had the best idea — she didn’t bother to show up.

What’s going on that does not involve the Dolt-in-Chieftests?

Watching this speech is a real argument for not losing elections