You are here: Home / Open Threads / How Do You Keep Up With the Insanity

As you all know, ABC was down for the weekend so I didn’t spend too much time paying attention to the news, but I tried to blog about something this afternoon, and saw Trump’s comments about Kim Jong Un after his comments about that lunatic Duterte and then ran into the Civil War shit and just said oh fuck it all.

At any rate, watching the Pens (what a third period comeback) and thought you all would appreciate this rainbow over my parent’s backyard: 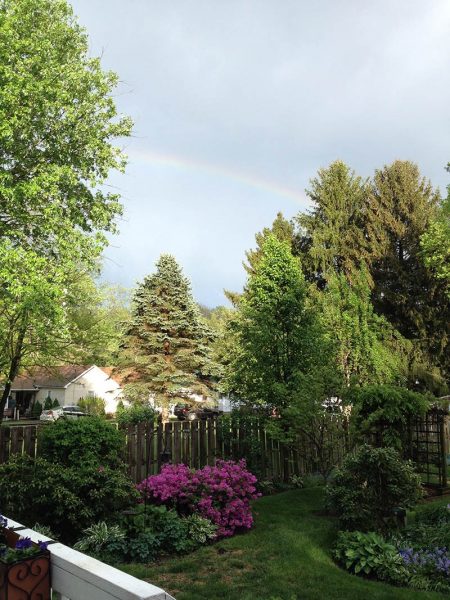