You are here: Home / Climate Change / Changing Climate / How I Learned To Love Climate Modeling 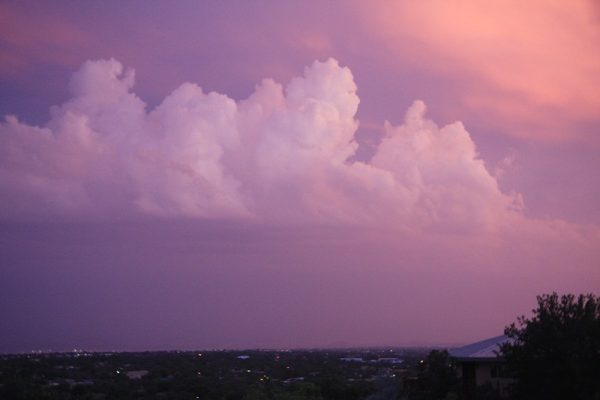 I’m annoyed by the New York Times hire of Bret Stephens, more annoyed by the defense that Times editors are mounting on Twitter. I’m annoyed that this has to be said again, but here we are, as Times editors tell us that any criticism is merely trying to silence a conservative voice. My objections have nothing to do with Stephens’s political views, except that it is clear that those views drive his views of climate change.

I was once a climate skeptic, with a great deal more basis than Stephens’s sense that life is uncertain and therefore we should eat dessert first. My skepticism arose BECAUSE I knew something about the climate models.

The nuclear weapons labs have contributed a lot to climate modeling. Climate models have a lot in common with nuclear weapons models. The models divide things up into little boxes and track the flow of matter and energy between the boxes. There are complications like phase changes and chemical reactions. The model is a mass of partial differential equations that the computer solves.

We went to the modelers to help design additional experiments. They had branched out from nuclear weapons to automobile engines. Automobile companies were beginning to use their models. Our system had some differences, but not a lot. It was actually simpler in some ways.

The modelers proposed how they would handle our system. They collected our 150 elementary reactions into six. That was all they could work with, given computer capacity. I was dubious.

But I knew that much simpler models work well in chemical industry. That they allowed the building of refineries and the design of reaction vessels. There are many ways to approximate systems, and what the modelers proposed was a great deal more detailed than those rough and ready engineering models.

That got me thinking about climate models. So much was not known about climate processes. The calculational boxes were enormous – many kilometers on a side. Much, much harder than our cylindrical few-liter reaction vessel. They would have to make an enormous number of simplifications, far more than our 150 reactions down to six.

Climate modeling, in my opinion, was a fool’s errand.

More immediately, we needed to model the experiments we were planning. I still didn’t feel good about those six reactions. My objection was like that of some of the climate critics: You could change a few parameters and get the results you wanted. I said that to the modelers. They were patient and willing to show me how it worked.

I gave them inputs that I thought would fix the outputs. I fiddled with individual input parameters to see how they affected the results. (That is called sensitivity analysis.) And something very interesting happened.

Modeling, of course, was not the whole story. We had experimental results and could design experiments to get more. The model input had to coincide with our starting conditions, and the output had to agree with the results. That’s the case for climate modeling, too. It uses historical climate records, along with measurements derived from calcium carbonate deposits in caves, from coral reefs, from glaciers and atmospheric movements, and many others.

So I twiddled the knobs of the model, as they say. I could make particular results come out the way I wanted, but then other results were wildly off. A faster reaction might yield the wrong products, for example. The inputs had to approximate reality in order to get realistic results.

I never found a way to fix the results convincingly. I think it is because there are so many moving parts that messing with one is like pushing down on a bump in the rug. It shows up in an unrealistic result somewhere else.

I gained a new respect for climate models.

There are many kinds of climate models. Some encompass the earth and others concentrate on smaller pieces. They set up their calculations in different ways. Their results need to agree with each other and with the measurements. Those constraints I observed in my much smaller model operate even more strongly.

The IPCC process compares models and inputs. Comparing the models shows where problems need to be solved. Clouds, for example, have been a problem for some time. But, as for my 150 reactions down to six, there are ways to work around those problems until there is a better answer.

Bret Stephens and his editors clearly understand none of this. Uncertainties in electoral polling have nothing to do with uncertainties in climate modeling. That’s sophistry, not an argument worth having.

My photo at top.