You are here: Home / In Honor of Mother’s Day 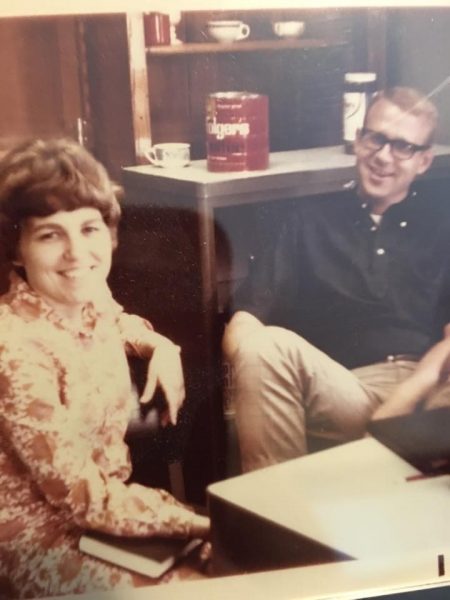 I was not an easy child to raise, so here is one of my favorite stories about something my mother said as I was causing (well, as you will see, solving) problems.

I went to a small private school in Wheeling for several years (Linsly), and in my final year there (I left because I couldn’t play sports because there was no bus and it screwed with the carpooling), I got into an altercation. There was a fellow named Mark who was a total pain in the ass to me- always screwing with me, pushing me around, trying to bully me. This went on for months, until one day, while I was standing in front of my locker, he pushed me from behind into the locker. I turned around and decked him in the face, knocking him out and breaking his two front teeth. I still have the scar on my knuckle.

At any rate, that caused a brouhaha, with parent conferences and the like, but it all didn’t matter really because the next year I was transferring to the local county high school. So I was attending Brooke, and lo and behold, Mark had also transferred to Brooke. Apparently a slow learner, he continued fucking with me for whatever reason. One day, as I was sitting at a table in the school library, he came up behind me and tried to slammed my head into the table. So I stood up and knocked him out again.

My mom, who had dealt with Mark and his parents after the last altercation, and knew this was a genetic thing, and who was also appropriately jaded by my other lifetime achievements in jackassery, just rolled her eyes and said one of the greatest things ever:

“Thank goodness you didn’t punch him while in the bathroom.”

** I will note that these are the ONLY two fights I had in high school, so don’t go thinking I was some kind of goon. **

Previous Post: « Mulvaney and the deserving sick
Next Post: Sunday Evening Open Thread: “This Is Not A Crisis…” »