ETA: I wish I was still living in Colorado. I’d have taken off today and gone to setup a campsite for a few days and then head back home for the night with fresh trout for dinner.  We would drive the hour after work, and this would have been our Friday evening view (minus the pop-up, I use tent and cots for back reasons). And crawdads so tasty, those mountain lakes deliver! 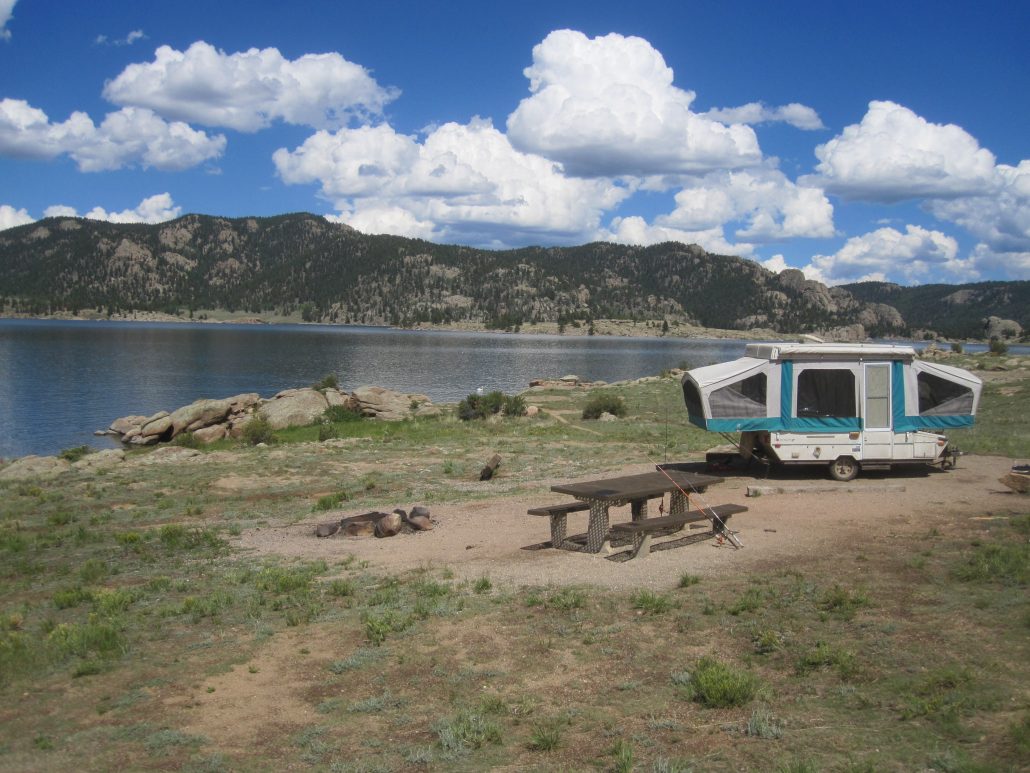