You are here: Home / Foreign Affairs / War / That First International Crisis May Be Happening Now

This is really a place holder until Cheryl and/or Adam show up, but if you don’t count Qatar-follies, we’ve got a situation brewing in Syria that could truly end up being double-plus ungood:

Iran’s Revolutionary Guard said Sunday it launched missiles into eastern Syria targeting Islamic State militants in response to an attack on Iran’s parliament and a shrine in Tehran, warning that it would similarly retaliate on anyone else carrying out attacks in Iran. 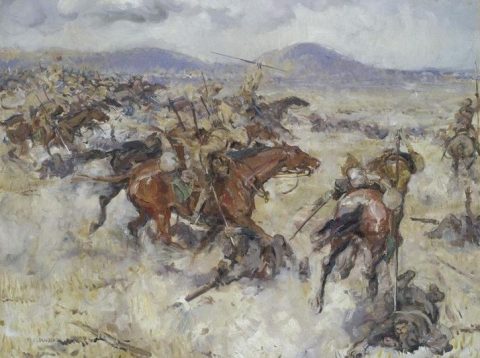 I’m not going to even to pretend to offer meaningful analysis, given the availability here of folks who actually know about such matters.  I’ll just point out the scorecard as context for what I’m sure will be more sophisticated thinking to come.

Second:  the US knocks down a jet flown by the armed forces of Iran’s ally/client, the Assad government of Syria.

Third: …that’s what I’m afraid of.

Over to you folks.