5/19/2017
Sydney Australia
A short MP4 from the Sydney Harbour Bridge Climb, me and spouse in it

Note: link to MP4 video hosted on this server. I hope to get the player to work properly.

Sydney
May 20, 2017
An awesome day walking about the city.
This is a view people who haven’t been here don’t typically get of the Opera House. You can see that the roof is tiled when you get close enough. 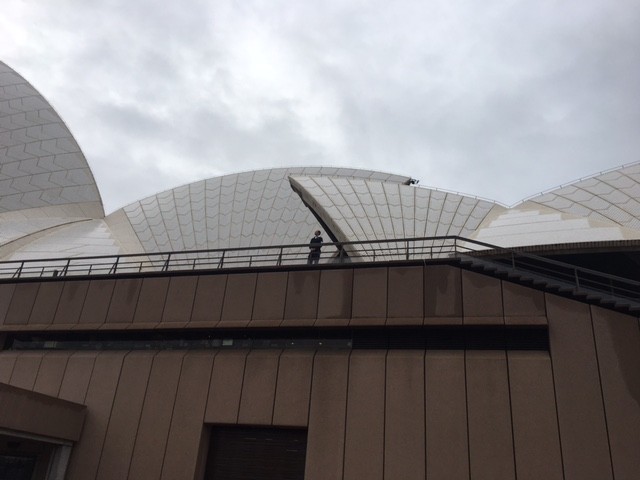 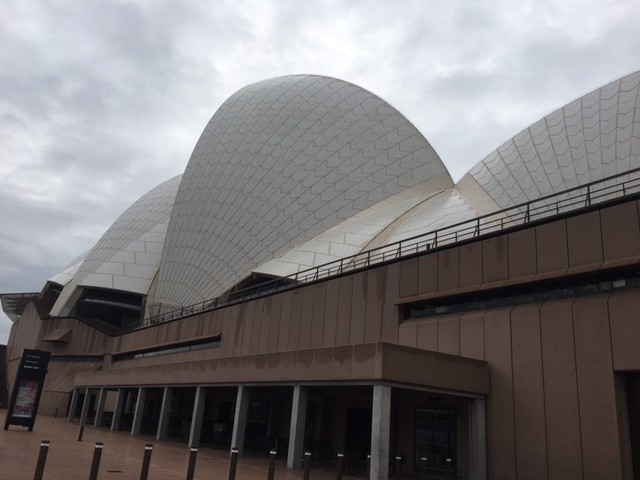 This is from one of the paths of the Royal Botanic Garden. The Harbour Bridge is 140 meters tall, to give a notion of scale.  Walking on top of it was dizzying. 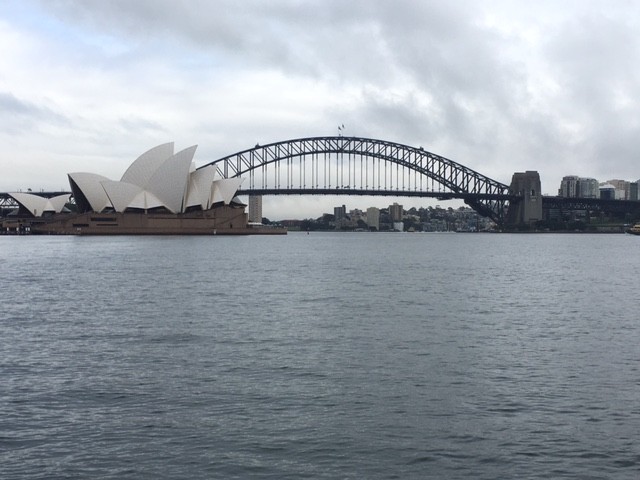 You can’t see them, but this tree probably had a dozen screeching! cockatoos squabbling and claiming territory. There were lorikeets as well. 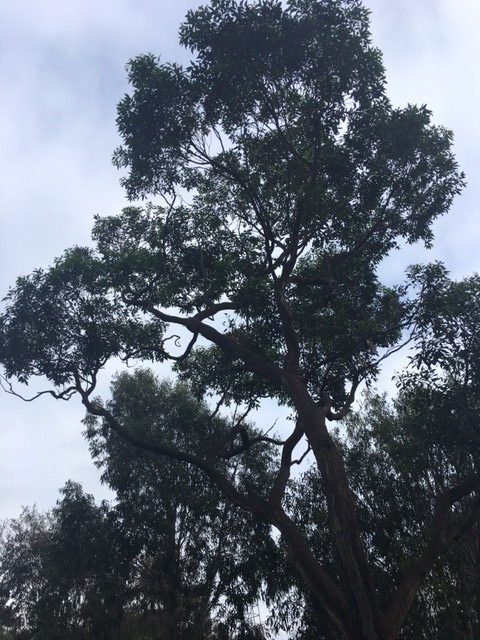 This is a cyclad – they had a stand of them in the garden. People have overharvested them, putting them under pressure – and these things predate the dinosaurs (nearly 6000 years in creationist time… 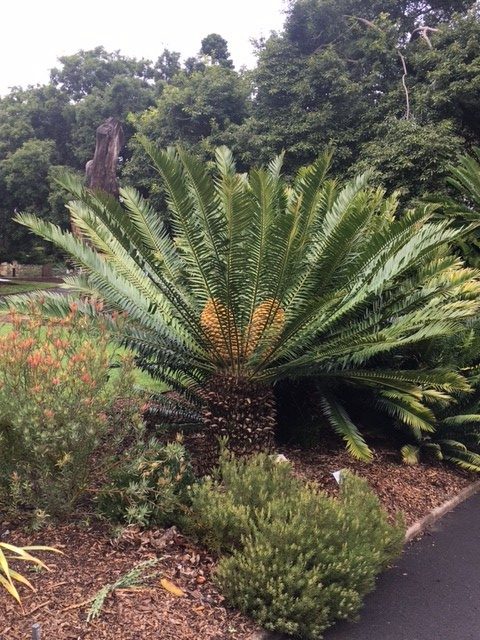 Dunno what it is, but thought it pretty.

You are correct, sir. Thanks! 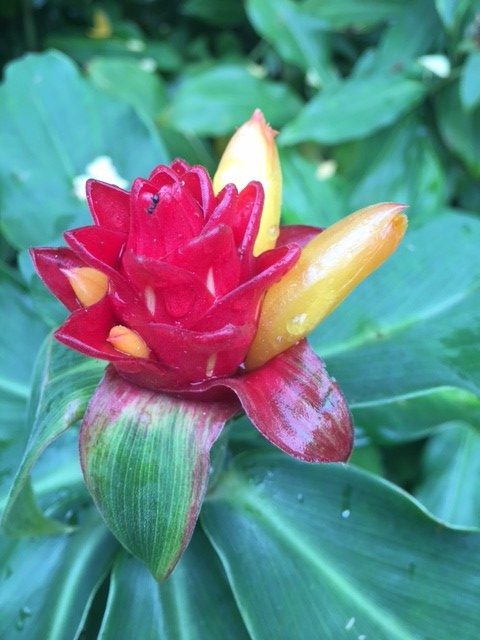 Dragons Blood tree – this one is 150 years old. 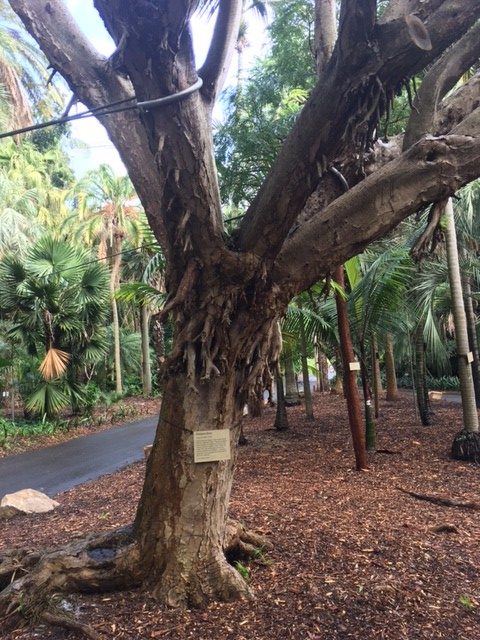 Mossman-Daintree QLD, Australia, about 15 km north of Port Douglas
May 22, 2017
This is my porch hammock view at sunrise 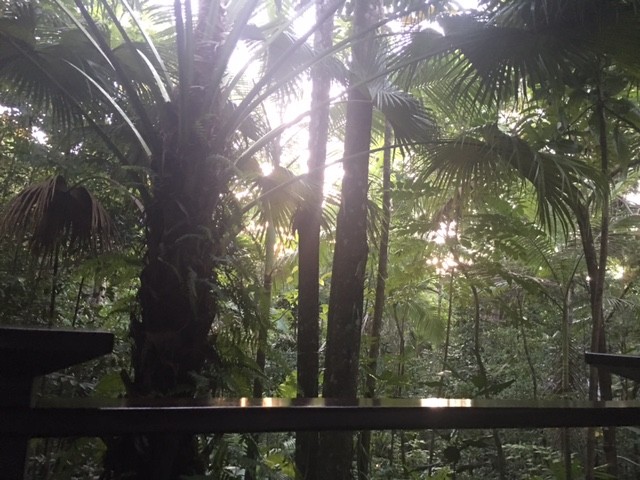 Evening of May 21
After a day of travel (long ass flight to Cairns from Sydney, followed by my first go of driving a right hand car on the wrong side of a winding road for about an hour and a half), I was ready to eat and drink.  This is me destroying some glorious half shell Tasmanian oysters on a bed of pink sea salt. 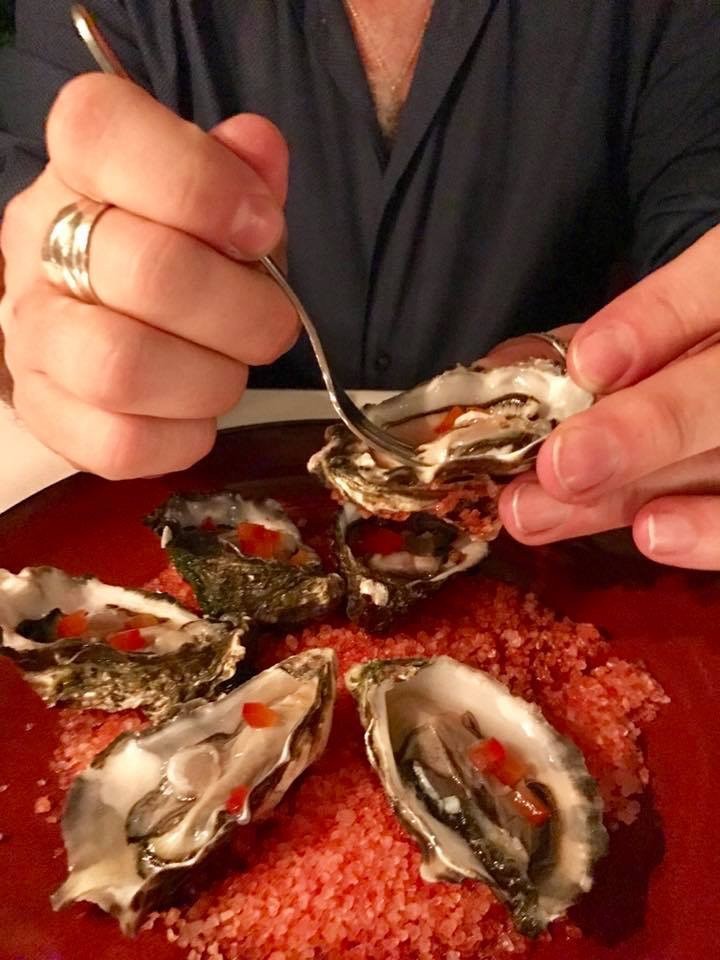 And with that folks, we’ll push the second half until Thursday.  Lots of great stuff tomorrow as I continue to clean out the old submissions to make way for a bunch of new ones (he says, expectantly)

Have a great day all – open thread.