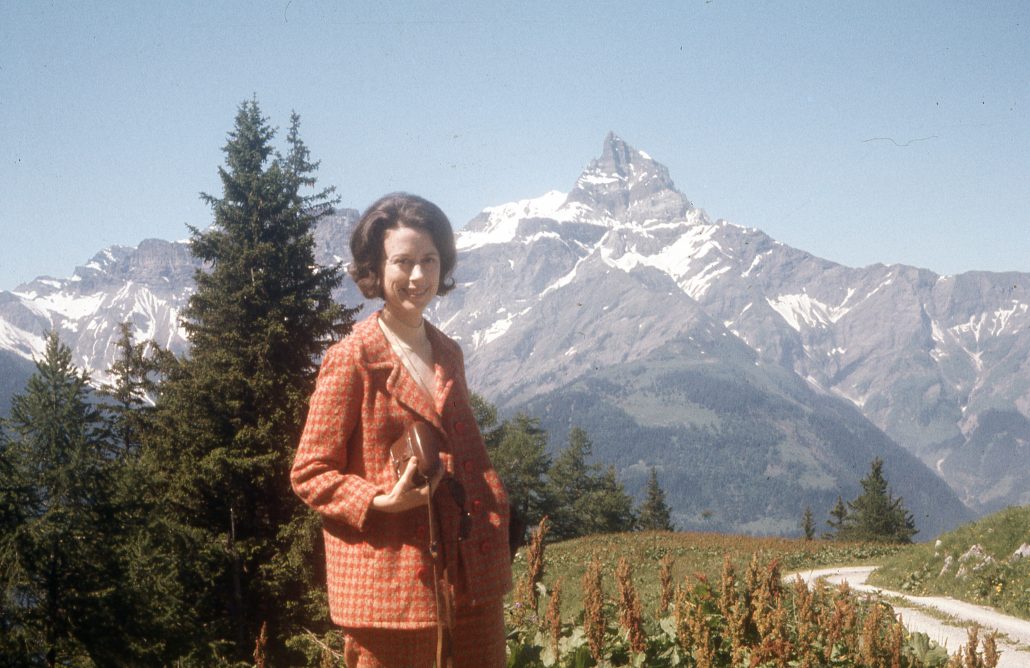 My mom, with me hiding inside, 1970, Les Dents de Midi, Canton de Valais, Switzerland, though the view could be in Vaud, as that’s where my dad was from.

I recently discovered a stash of slides of my mom from that summer, when she was pregnant with me, her only child. They were taken by my dad where they lived in Kinshasa, when they visited his family in Switzerland, and then hers in the US. He collected and sequestered just these few slides into a cool cigar box, and it/they survived the house fire. It was almost like my dad’s ghost pushed me to select and look at this specific set, right as her health took a turn.

ps – all image enhancing suggestions welcome via email. I have PaintShopPro and am not really graphically skilled. I am scanning in old slides from the 40’s-70’s, many with fire/water/chemical/atmospheric/mold residue. Most were processed in top-class, professional-service labs in Switzerland, NYC, Houston, Bogota, Lima, Tulsa, etc. – oil towns, if you will (though I doubt my dad trusted the local outfit in Cochobamba, TBH). The oldest have very washed out colors, but many from the 50’s are surprisingly good. It’s so neat to see pics of Manhattan that my dad took to then take back to his family in Switzerland to show – he was very academic, in a totally Swiss way.

Pro tip: when 1 hour into a 4.5-6 hour surgery of a loved one, the phone rings, and it’s the surgeon, don’t lose focus – it’s not necessarily dire, and good question and listening skills are critical. But it wasn’t good news either – the cancer has spread onto my mom’s liver and surgery is thus off. Chemo will be scheduled tomorrow, likely beginning in two weeks. Not good, but I’m not preparing a funeral for next week, thankfully. I’ve been there, since my father didn’t tell us he was (non-cancer) terminal and his death was a shock (well, just the timing was for me, but that’s another painful confession for another day).

So I needed some joyful pics, and luckily we have a wonderful bird expert who also has a way with words. No – not Betty!

I have been privileged to help teach university classes abroad, specifically in Brazil and Ecuador. It is a privilege because I get to go to beautiful places, but mostly because I get to be with young smart people who often are out of the USA for the first time in their life. As one said to me when we landed at midnight in Manaus and were directed to a line for Foreigners, “I’ve never been a foreigner before.” Whatever they learn from the academic part of the class is vastly overshadowed by being out of their clan, their country, and their comfort zone for a while. Hopefully this sort of education will lead them into a lifetime of not voting for xenophobes.

But one of the beautiful places is the Galapagos Archipelago, so here are some pictures from a couple of class trips there.

Viewed through a sea arch on the island of San Cristobal, this rock is a stunning snorkeling destination. Three Brown Noddies, a species of tern, are flying through the arch. 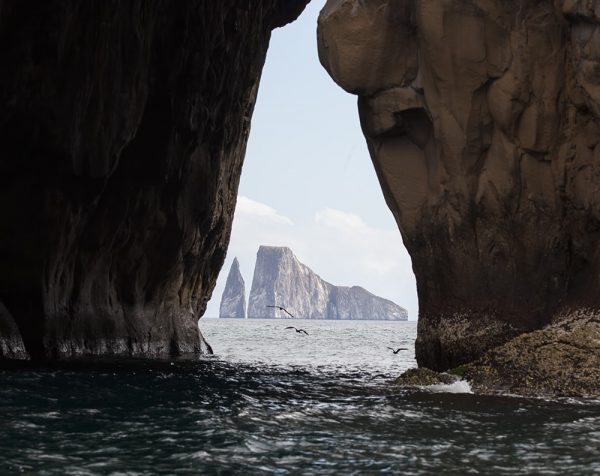 No trip to the Galapagos is complete without seeing these iconic birds, and seeing them court was a special treat 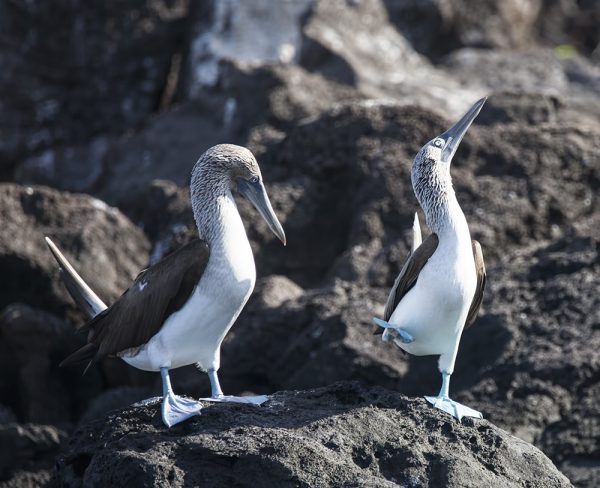 The beach at Cerro Brujo

Locals told me that this is their favorite beach in all Galapagos. I’ve never seen one that is more gorgeous; I’d have to agree. 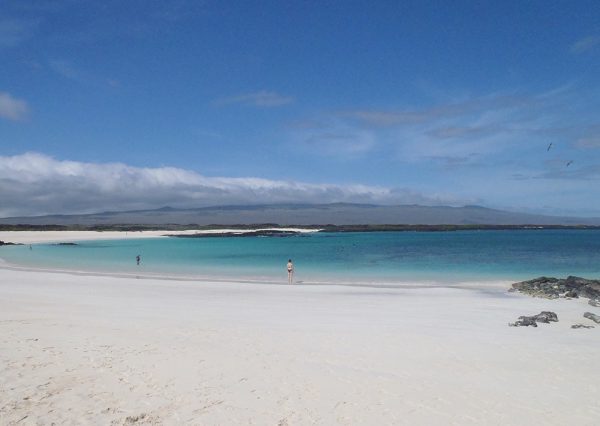 In the harbor of Puerto Baquirezo Moreno, the provincial capital of the Galapagos, San Cristobal

An endemic species, found only in the Galapagos, this bird’s black plumage can make it difficult to spot as it forages in the black lava rocks near the shoreline 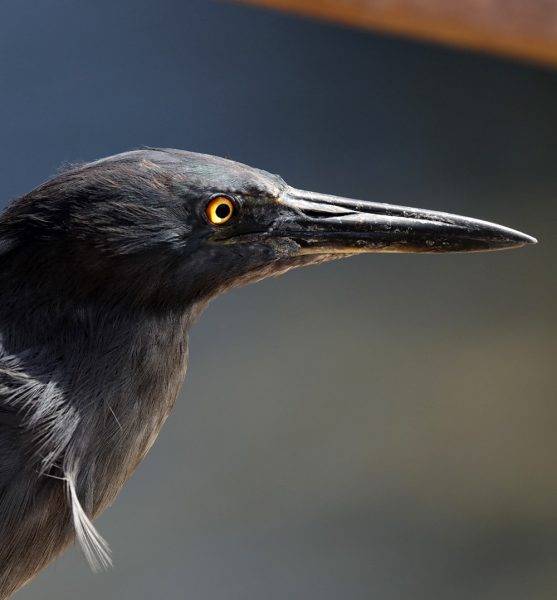 Espanola, an uninhabited island and the oldest in the archipelago

Another endemic species; these aquatic lizards eat algae underwater, and bask on black lava rocks most of the rest of the time. 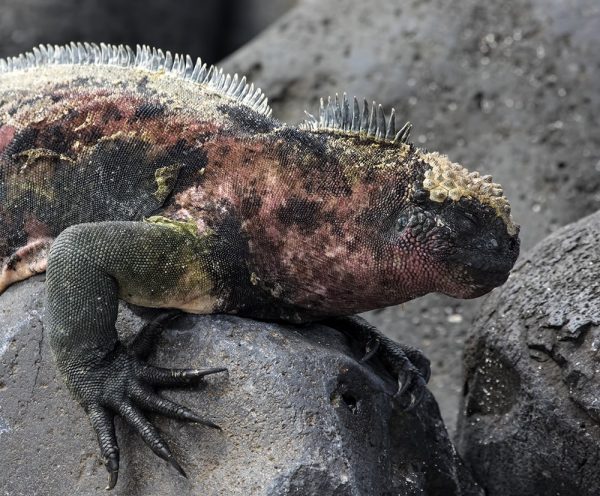 Frigatebirds are always on the lookout for a snack, even if that might be the chick of another frigatebird. Some White-rumped (Galapagos) Petrels are also flying around this rock. 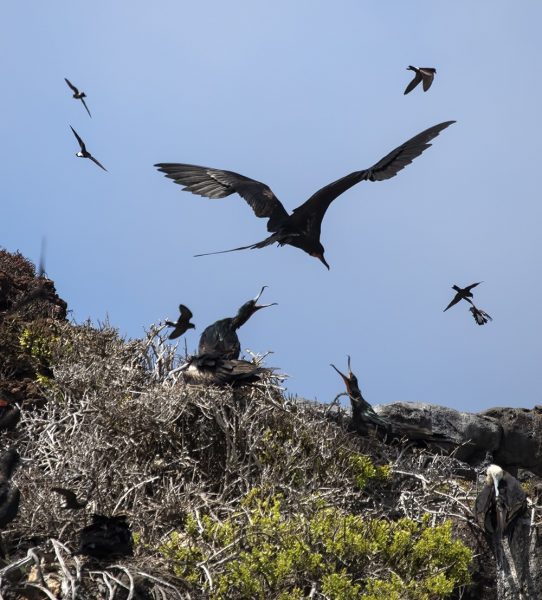 A pair of gulls celebrating dinner, perhaps. This is an oddball gull, as it is primarily nocturnal. But very handsome. 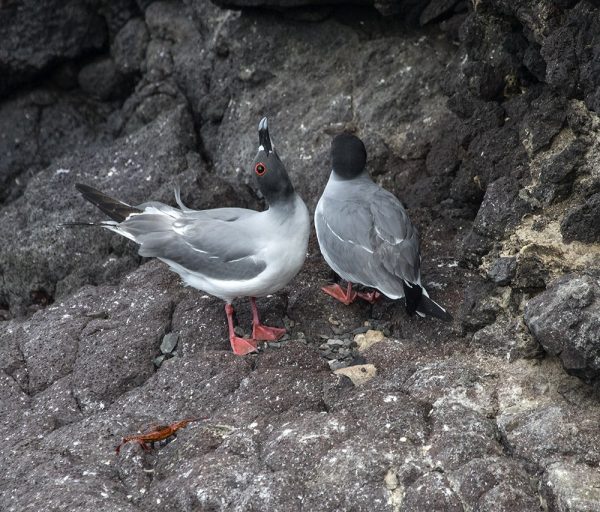 And make sure to hug your loved ones and tell them that you love them as much as you can. The timer ticks for all of them, and for all of us. One day, you thrill as your mom is transformed by Wonder Woman, the next. trying to comfort her after the doctor calls her in the evening, out of the blue, telling her that she might have cancer. Life does indeed come at you fast.