On October 9, 2015, I took delivery of my current camera, the Samsung NX500. I decided to take a hike up in Griffith Park to “break it in” and hike a part of the park I’d not been to before. The hike began at the Old Zoo which was all decked out for evening hay rides for Halloween. The Old Zoo was actually the LA zoo’s second location, the first being in east LA’s Lincoln Park before moving to Griffith Park in the 1920’s and moving from this location to it’s current location about a half mile north in the 1960’s. The hike route went a north and west up the hill to Vista Del Valle Drive(a road that’s been closed to traffic since the early 90’s) and up a short but steep trail(affectionally known as “Cardiac Hill”) to the trail that goes south to Mt. Hollywood. Then the route goes down the east side of Mt. Hollywood to Daunte’s View and down the single track trail down a ridge known as the “Hogback”(it looks like the back of a hog from Glendale). At the bottom of this trail is a bridge over a ravine and then the trail loops around Glendale Peak(it’s more of a hill) to the Helipad. Continuing east to make the short climb to Beacon Hill(they used to have a beacon up there to guide flyers to Glendale’s Grand Central Airport) which is the easternmost mountain in the Santa Monica range.

In addition to me getting a good workout, I really wanted to get a good idea what the camera could do so I kept it in “Manual” mode and manual focus. I think this is a really good way to adapt to a
new DLSR(or mirrorless) camera. The one thing that I failed to take into account with this approach(I was using the camera’s display to focus and set the exposure) is that I was wearing sunglasses and every exposure came out a bit overexposed. Fortunately I was shooting in RAW so it wasn’t a major problem to correct this in Lightroom.

As I noted above, this was the LA Zoo from the 1920’s to the early 1960’s. Most of the enclosures(and they’re really small) were built by the WPA in the 1930’s. This is now a picnic area. It was heavily damaged in the 2007 fire but has recovered quite well. 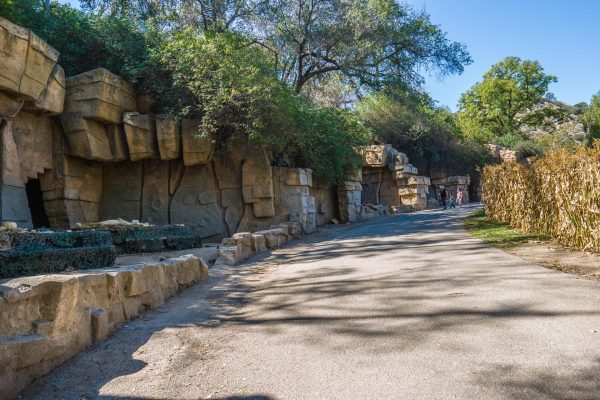 Bee Rock towers to the west over the Old Zoo and looks sort of like a bee(the face, I think). 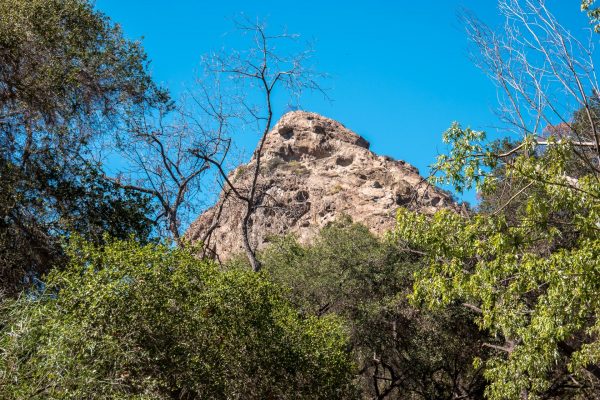 In my post about Mt. Hollywood, had a photo of Daute’s View(well the view from there); this is what the garden there looks like. There are some nice picnic tables where you can have lunch or just a snack and enjoy the fabulous view. 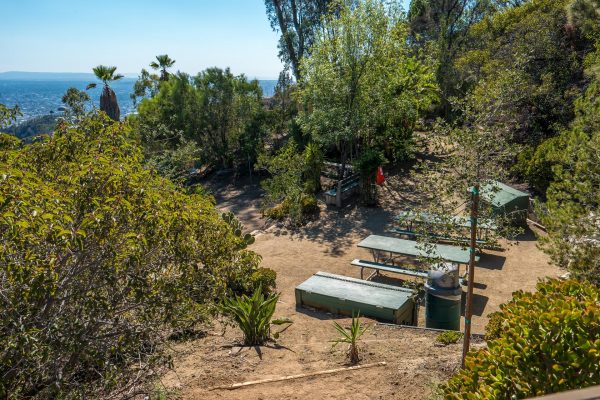 The Hogback trail is only about 1/2 a mile long but can get pretty steep in places(like you see in the picture). After going down this trail, I vowed never to do that again(I’ve hiked up it since then). This whole area burned in the 2007 fire. 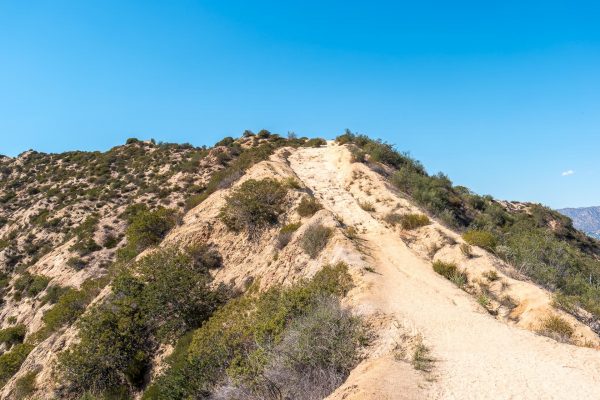 This little bridge is at the eastern end of the Hogback trail. Glendale Peak is in the center of the photo with the trail curving around it to reach the Helipad. You can Vista Del Valle Drive at the lower left. 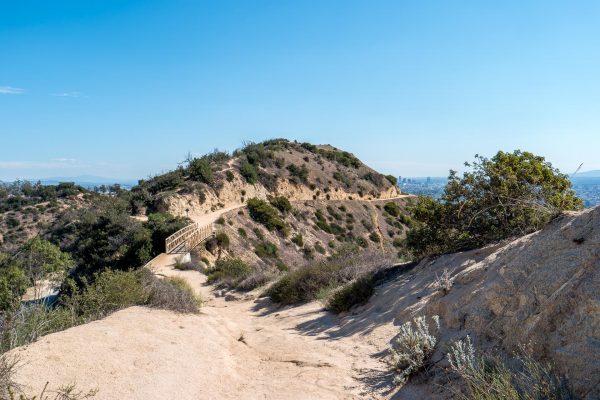 View from the Helipad

A view of Downtown Los Angeles from the Griffith Park Helipad. The Helipad is on Vista Del Valle Drive and is often used for filming commercials. 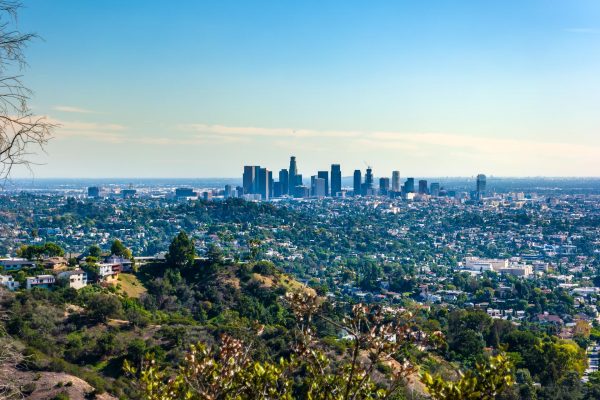 This is one of my favorite pictures of Downtown LA(I had it printed on metal and it’s hanging in the cave) since it has Silverlake in it. The were draining Silverlake to put a pipeline though the bottom of it and it was empty for about 18 months(they’ve just refilled it.) Silverlake used to provide drinking water but all of the open air reservoirs no longer serve that function in Los Angeles. Currently there are plans to turn it into a park. 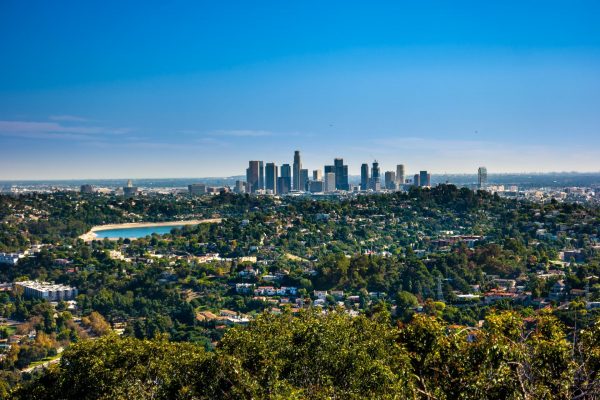