When most folk think of the space program, they think of Cape Kennedy or Houston, but Los Angeles was a major contributor to the US effort to get into space. From JPL in La CaÃ±ada Flintridge(it’s really not in Pasadena) to production and test facilities throughout the region, Southern California was(and is) vital to the success of the space program. Some of my earliest memories is being at home and hearing a loud rumble and feeling the ground shake and the windows rattle, an earthquake?; nope, it was the testing of the engines for the Apollo missions to the moon(this may be why I’ve often been called a “space case”). So when it came time to retire the Space Shuttle, it was natural that one should be housed here in Los Angeles.

Endeavour was the last shuttle built and was a replacement for Challenger that was lost on launch. It flew 25 times and was supposed to be the last shuttle fight until one more was authorized and Atlantis flew the final Shuttle Mission. Endeavour is housed in a temporary barn like building attached to the California Science Center in Exposition Park south of Downtown Los Angeles and right next to the LA Memorial Coliseum. It is currently displayed in it’s space flight and landing position, however the Science Center is raising funds to permanently house Endeavour on the other side of the Science Center in it’s upright position as though it is about to be launched.

I have linked to an album that contains most of these pictures previously, however I’ve redone the “development” of these photos, so they’re pretty different(I think better).

First, this was taken with my cellphone before I had a real camera and one with a zoom lens.

I went out to catch a view of Endeavour as it was carried piggyback on a 747 on it’s way to LAX. It flew by Griffith Observatory and was supposed to fly by JPL before finally landing at LAX. I saw it fly by the Observatory but it was too far away to take a picture with my cell phone and I wasn’t sure of it’s flight path to JPL. So I waited a bit, and then started to walk home. Just as I started home, I heard the sound of a very loud jet engine and looked up to see the bottom of a low flying 747 with Endeavour attached above it. My first picture turned out, badly, this one sort of worked, but the airplane and the shuttle are pretty small as they’re flying off to JPL. 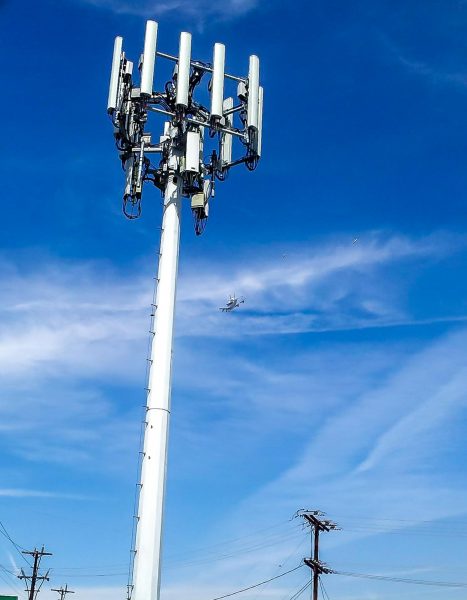 Before you see the orbiter, there’s a really good exhibit about Endeavour and Southern California’s contributions to the space program. You can actually touch the tires(of course, I touched the tires). 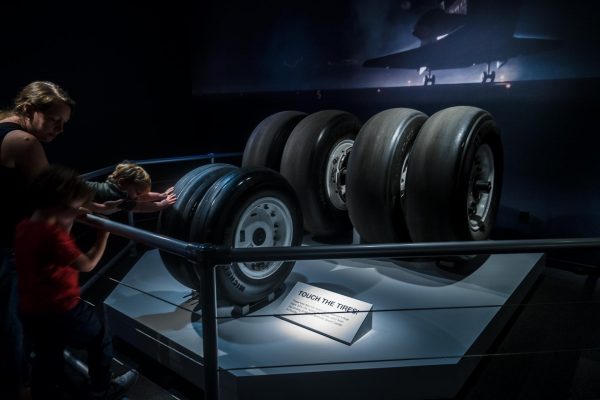 After the exhibits, you go downstairs and leave the Science Center building and enter the tent link building and there’s Endeavour. They had a video playing in the display at the right so I missed the front portion of the orbiter in this shot(I think that’s really bad placement). 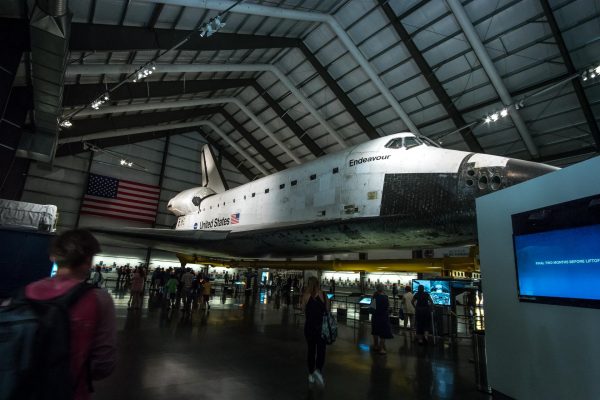 This is a picture of the primary shuttle engines as well as the thrusters(the two small engines at the top on each side). 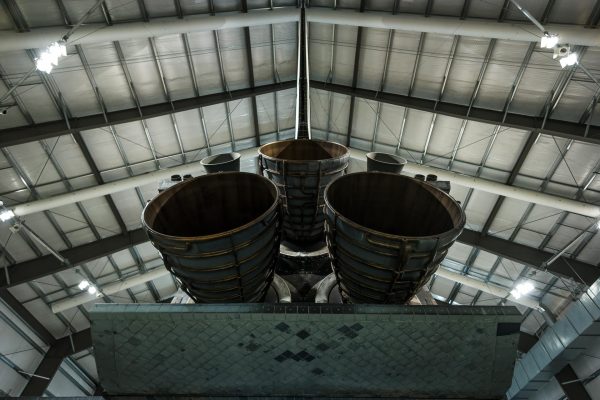 This is one of the primary rocket engines detached(it’s a spare) from the orbiter. 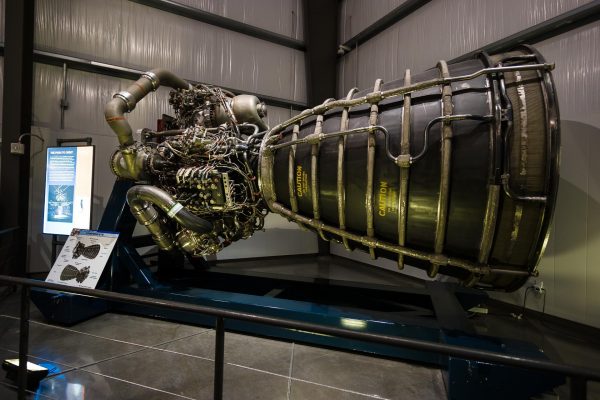 This picture better shows the shuttle’s nose cone. It was tricky taking pictures of the shuttle because it’s so large(I didn’t have my fisheye lens yet), even with a wide angle lens(I used the 12mm lens that I take Milky Way pictures with). I couldn’t backup much further because they have a gift shop(of course), and I’d end up with pictures of t-shirts along with the shuttle. 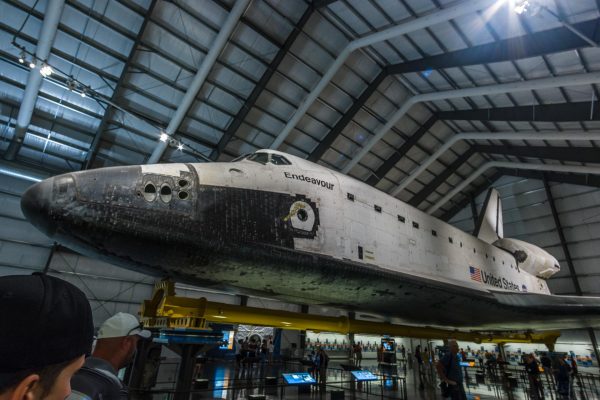 Being that they eventually(when they raise enough dough) display the shuttle in it’s launch position, you can’t do that without a fuel tank and booster rockets(they don’t have those yet). This is the only external fuel tank in existence since they would not return in one piece.