You are here: Home / Foreign Affairs / Estonia Considers Its Monuments

Estonia’s Justice Minister, Urmas Reinsalu, said early in January that the government could take down the Soviet war memorial at Maarjamäe because it is falling apart and it is not on the official list of historic monuments. This led Prime Minister Jüri Ratas to suggest that the entire area, which includes a German cemetary and a memorial under construction to the victims of Communism, be designated a historic area.

The Soviet Union built many war memorials across its territory, particularly to commemorate World War II, or the Great Patriotic War, as they call it. I find those monuments moving; they are, after all, memorials to people who died in wars and who had families who grieved them. I’ve been to the Maarjamäe memorial a few times.

One of those times I visited with a graduate student who was studying monuments in the former Soviet Union. As we see now in the United States, monuments are a part of a country’s story of itself. The Soviet Union wanted to erase the past. 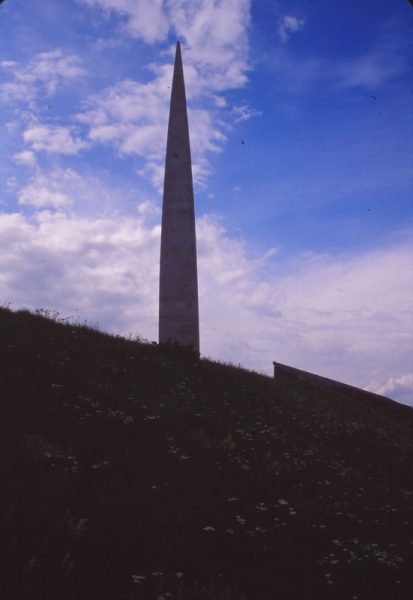 The Maarjamäe obelisk was built in 1960 to commemorate Russian troops killed in 1918, during Estonia’s war of independence. Before that, a German cemetry had been there since 1941. A newer memorial has been built by a German organization, with the names of those buried there. My friend and I started to read the names. The first was of a German woman. We looked at the dates. She was the same age when she died as my friend was then. We cried.

The German cemetery is on the right in this photo from when we were there in August 2000. During the construction of the new monument to Communism, more German graves have been found. 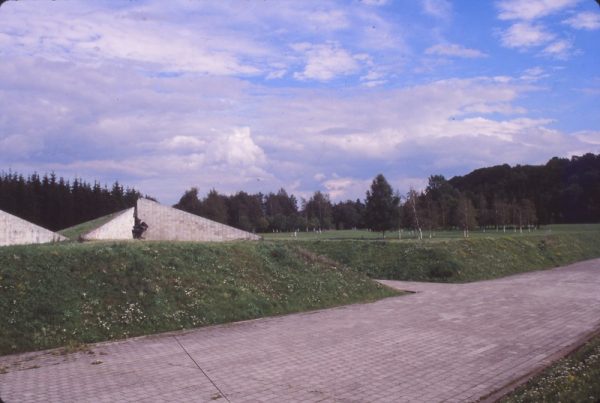 In 1975, other parts of the Soviet memorial were added, along with an eternal flame. The flame was below the hands . In 2000 there were graffiti, and plants were beginning to grow between the paving blocks. Most of this has been cleaned up. 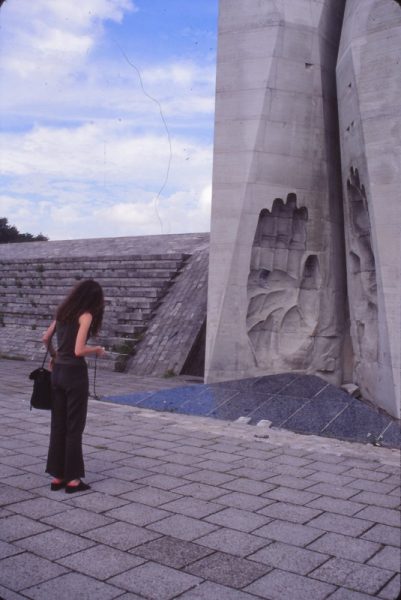 In 2007, the Estonian government moved a Soviet World War II monument from central Tallinn to a cemetery outside of town. The monument, a statue of a soldier with unknown soldiers buried beneath, was on a busy road and usually graced with broken liquor bottles. I thought that putting it in a cemetery was an improvement.

But the Russian government didn’t agree and attacked Estonia’s electronic infrastructure. Estonia kept the statue in the cemetery, and the attacks ended after a couple of weeks.

It looks like the Maarjamäe monument will not be removed. The Russian government has not objected to the building of the new monument. But it is something they might use if they wanted to accuse Estonia of something.

In other news about Estonia, this looks like a good documentary about Estonia just after the fall of the Soviet Union. And it would allow me to practice my Estonian. With subtitles.

Previous Post: « Open “Sports” Thread: Putin’s Fancy Bears Go for the Gold
Next Post: Same As It Ever Was Open Thread: Repub Shitbirds Circle Their Shithole-in-Chief »