My sister’s dog, Kuma, had to be put down the other day after a rather aggressive cancer. She’s just devastated, and I thought I would share some pictures. I only met him a few times (she lives in Connecticut), but he was a sweet boy although he hogged the god damned couch and drooled like no one’s business. 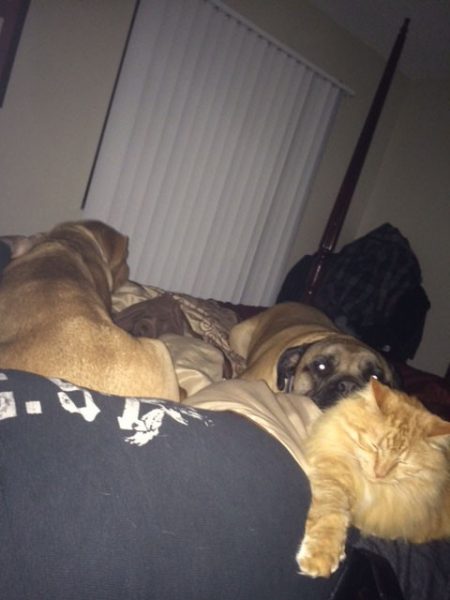 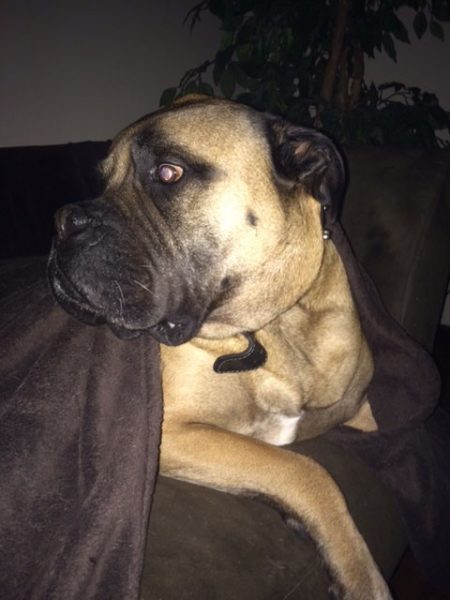 I asked Annie for some action pics, but the simple fact is there are none- he lived to sleep. AND I AM NOT JUDGING. 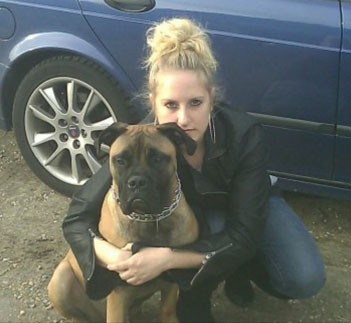 Every time my mother visited Annie, when she came home her back hurt for several days because Kuma insisted on sleeping with her. Big galoot. RIP, Kuma.

Previous Post: « Another Russiagate Open Thread: Sneakin’ Round the Seychelles
Next Post: Wednesday Morning Open Thread: We’re On Our Own »