You are here: Home / Anderson On Health Insurance / Price segmentation and market power in hospitals

Sarah Kliff at Vox highlights a great graph from a tremendous paper by Cooper, Craig, Gaynor and Van Reenan on the variation of pricing within hospitals by insurer for common, repeatable procedures. 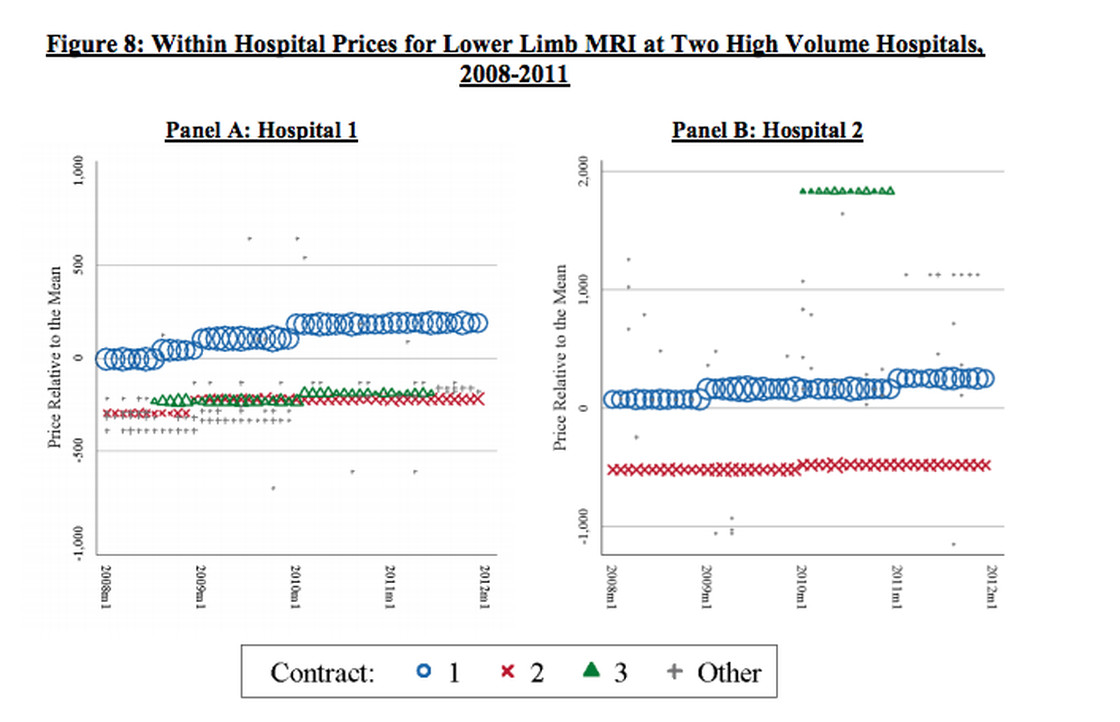 There is massive price variation within a hospital for almost any service.

Price segmentation gets even more complex as soon as we throw in tiered networks, Medicaid programs from other states, integrated delivery networks that are not strict closed gardens and cash-pay only policies and a dozen other variations.

A single procedure at a large academic medical center can often have two dozen or more contracted rates which are billed at least monthly. And those rates will be determined by the relative negotiating power of the insurer and the hospital/provider group.

Going back to the fourth or fifth week of Econ 101, perfect price segmentation which means that the maximum willingness to pay of each customer is the exact price that they face is one of the highest goals of a good seller as they can extract and enjoy the entire surplus generated by the transaction.

This graph is incredible but not unexpected.

Previous Post: « On the Road and In Your Backyard
Next Post: Drug pricing in multiple unlinked deals »