The form is wonky, but I hope to get that solved later this week. Thanks for your patience.

Local stuff from commenter p.a.
Hearthside House, Lincoln, RI.  From the website:
According to popular folklore, sometime around 1810, Stephen Hopkins Smith, a Quaker who lived in a modest house directly across the street from where Hearthside sits now, won $40,000 in a lottery. He used his winnings to construct a house exceptional enough to win the heart of a young socialite from Providence, who had informed him that she must live in one of the grandest homes in the state. When the mansion was completed, Smith took his beloved for a buggy ride along the Great Road. Upon approaching Hearthside, the young lady exclaimed, “My, what a beautiful house, but who would ever want to live way out here in the wilderness?” The heartbroken Smith brought her back to Providence. He never married, and he never lived in the house. Thanks to this sad legend, Hearthside has sometimes been called “The House That Love Built” or “Heartbreak House.”
When Hearthside was built in 1810, it was oddly situated among farms and forests along Great Road in what was then the town of Smithfield. This area was originally part of the land included in Roger Williams’ purchase of Providence in 1636. It wasn’t until 1871 that it became the town of Lincoln.
Opened in 1683, Great Road is one of the oldest thoroughfares in the country, following in part a Native American trail. It originally ran from Providence to Mendon, Massachusetts, the first English settlement in south-central Massachusetts. Great Road was built to encourage settlement in the Blackstone and Moshassuck River valleys and transport the region’s products to the Providence marketplace. 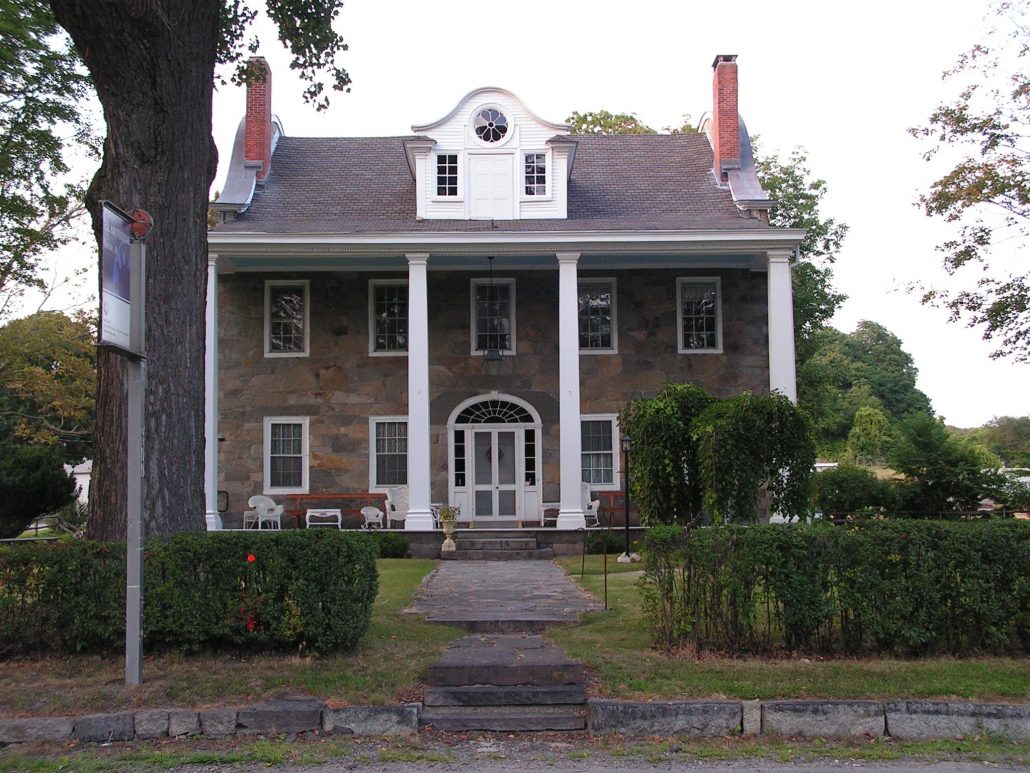 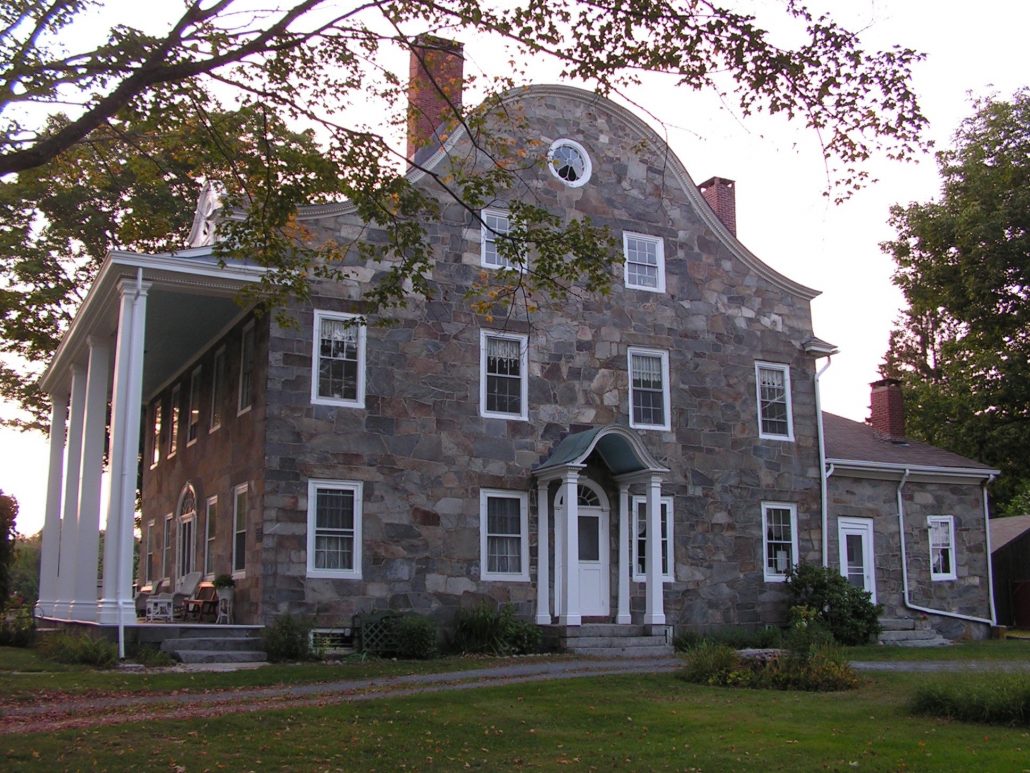 Fighting SeaBee statue, Davisville (North Kingston) RI.  Roadside America website:
The Fighting Seabee, mascot of the U.S. Naval Construction Battalion (CB, get it?), stands at the Seabee Museum and Memorial Park, site of the original Naval Construction Battalion in World War II. The “Bee” sports a sailor’s cap, big teeth, and brandishes a pipe wrench in one hand, a hammer in another, and a machine gun in two other hands. It was created by Frank J. Iafrate, and refurbished in 1999. 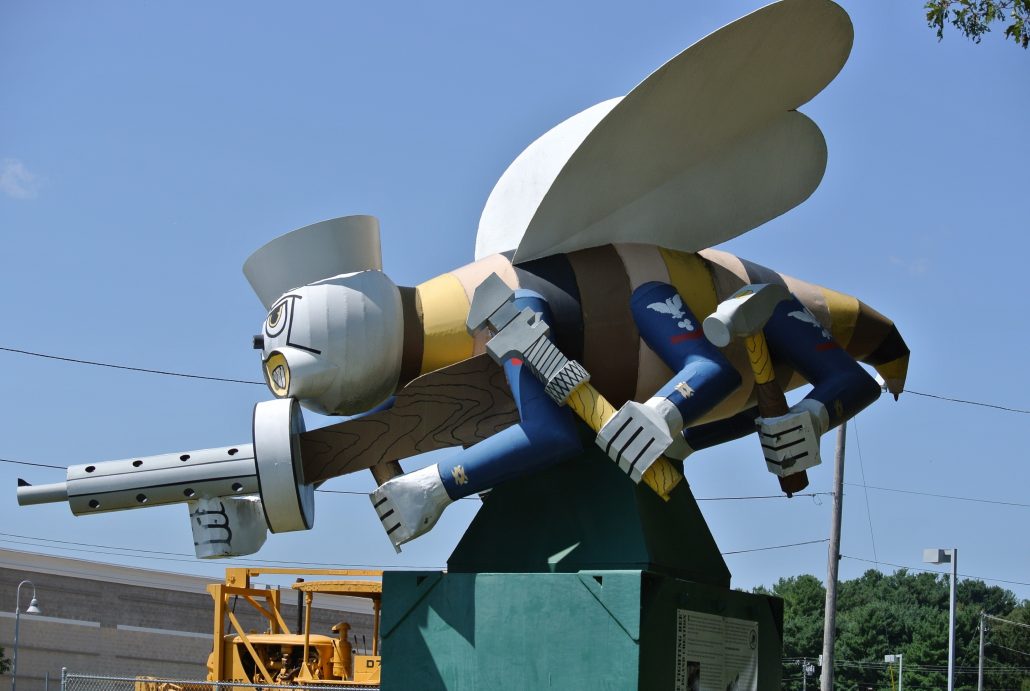 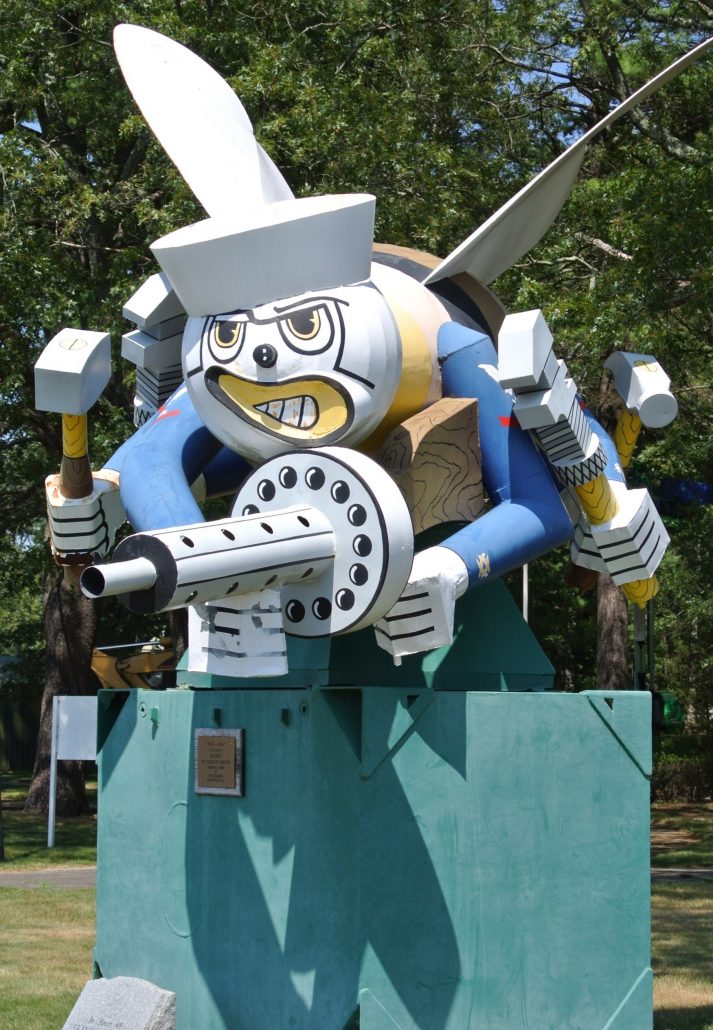 Thank you so much p.a., do send us more when you can.