The form is wonky, but I hope to get that solved later this week. Thanks for your patience.

Previously we looked at the eastern neighborhoods(Chester Place and St. James Square) of West Adams, today we’ll visit the western portion in the area around Adams Blvd. and Western Ave. Most of the residences here were built in the early 1900’s, which is about a decade later that the residences to the east. During the 20’s and 30’s many of the original residents either passed from this mortal coil or moved further west to Beverly Hills. They were replaced by African-Americans who couldn’t buy property in Beverly Hills and had the money to buy these large houses. The area was officially known as Arlington Heights but unofficially became known as “Sugar Hill”. The area is home to the First AME Church as well as UCLA’s William Andrews Clark Library(they are doing restoration work on the library and I wasn’t able to get any good pictures).

The impetus for this urban hike was to take pictures of the LA Sports Arena before they completely tore it down to build a soccer stadium(it just opened this month) and to see the pyramids at the Rosedale Cemetery.

The Britt Mansion was built by Eugene Britt a Los Angeles attorney in 1910. It’s currently a sports memorabilia(the Helms collection) museum operated by LA84(a community foundation funded with the proceeds of the 1984 LA Olympics*). 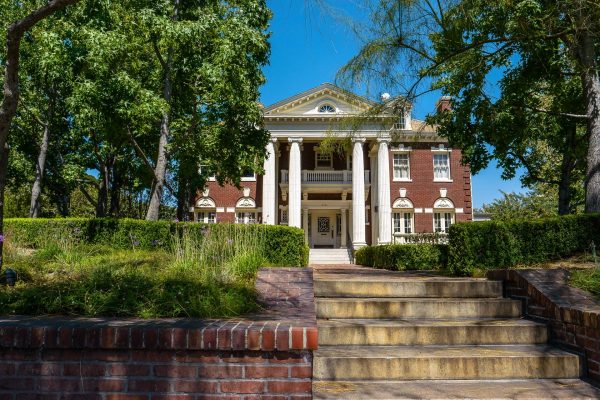 This house was build by Frederick Hastings Rindge a Los Angeles Businessman in 1903. He owned Malibu, was a founder of Pacific Life, and Southern California Edison. He didn’t get to enjoy the home very long passing on in 1905 at the age of 48. 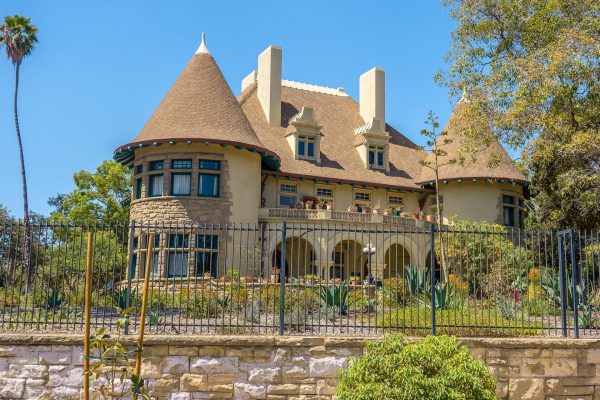 The First AME Church of Los Angeles was founded in 1872 and was located in Downtown Los Angeles for nearly 100 years. In 1968 the moved to this location across the street from the Rindge House in the building designed by Paul R. Williams. 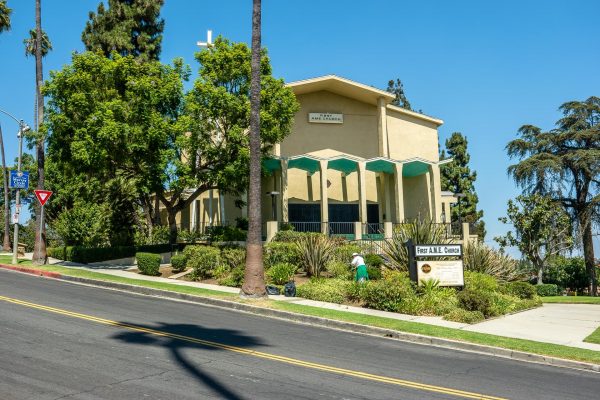 This house was built by George Ira Cochran, a partner in Pacific Life with Eugene Rindge, built this house next door to the Rindge house. George Cochran was also a good friend of Arthur Letts and cosigned a loan for $5,000 for Letts to start his department store which later became The Broadway and Bullock’s department stores. George also invested in the Rosedale Cemetery where he’s interred. This property for receptions and Sunday School by FAME. 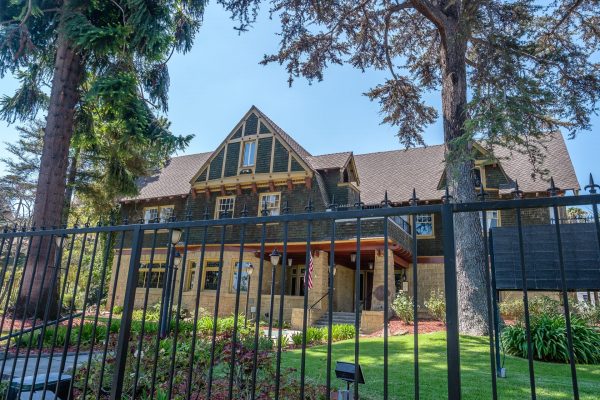 This is the final resting place of George Shatto who was a real estate invest in Los Angeles. This is in Rosedale Cemetery which George Cochran was an investor. The Shatto mansion was at the corner of Wilshire(then called Orange Street) Blvd. and Lucas Street. Good Samaritan Hospital now stands on it’s location. If you’re in LA, you can still see some remnants of the old Shatto mansion at the corner, it’s stone wall is still there.

This is not the only pyramid grave at Rosedale, there are either 3 or 4; there’s also a pyramid grave here in Glendale behind the Brand Library. 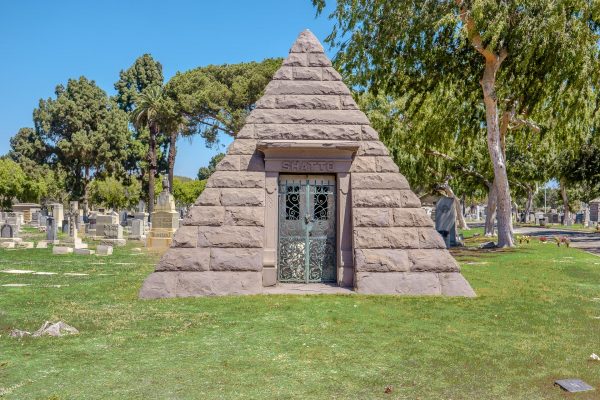 This house is on Adams Blvd. and was built in 1906 for music store mogul James Fitzgerald. Needless to say, it needs some work. 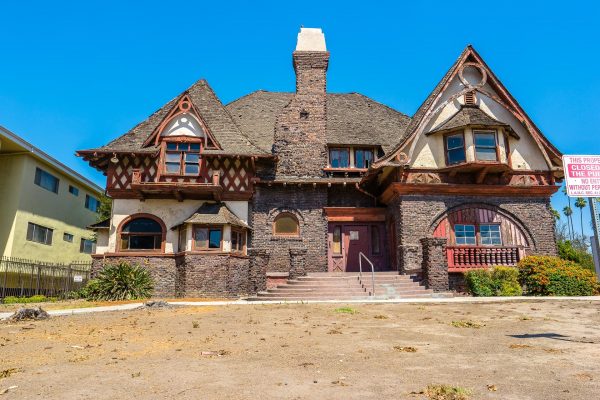 The condition of this house makes me want to cry. This house was built in 1905 for Dr. Wesley Beckett, he was medical director for Pacific Life and a trustee at U$C and raised the money to start their Medical School. 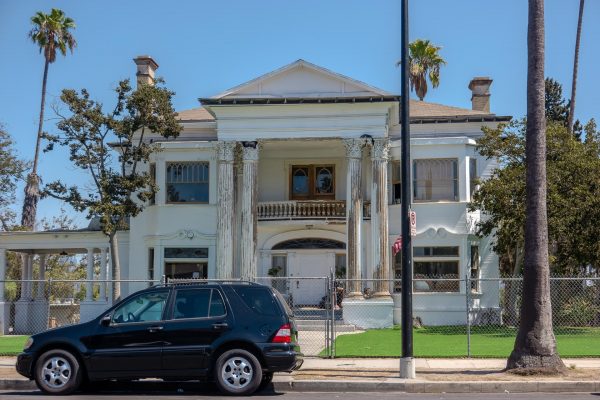