Here are some purslane plants hubby is growing in what is charitably called the “pallet garden:” 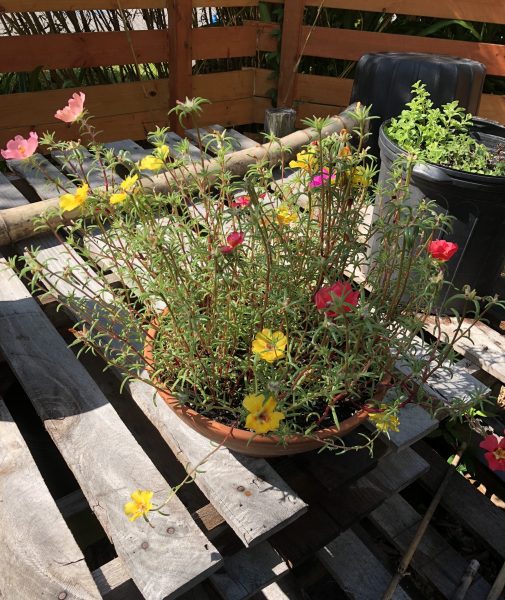 Hope y’all are having a pleasant evening. I am not. Maybe more on that later.

Previous Post: « It Can Definitely Happen Here
Next Post: Friday Night Open Thread (Shut Up I Know There is Already One) »