Apparently everyone’s a wee bit stressed out, which is understandable. So rather than explaining the vetting process* on how a series of white supremacists, plagiarists, conspiracists, economic illiterates, white collar criminals, and some, I assume, are good people, I thought something relaxing might be in order. Everyone say awwww!!!!

END_OF_DOCUMENT_TOKEN_TO_BE_REPLACED

There’s just no escaping the motherfucker. There is never a day when his fucking name isn’t splashed all over the goddamned headlines. It’s always fucking something. I feel like I am fucking drowning in his sea of narcissism. You can’t go anywhere without seeing his fucking name or something he did. I just hate the man more than I have ever hated anyone and anything and I have 48 years of hating shit under my belt.

I want Obama back.

END_OF_DOCUMENT_TOKEN_TO_BE_REPLACED

It’s 90000 degrees with 200% humidity, my pc blew up, and I think I am getting an ear infection. Going to go watch Jack Ryan on Amazon Prime and I just hope he kills a lot of people because that is how I feel.

END_OF_DOCUMENT_TOKEN_TO_BE_REPLACED

On another platform, valued commenter Le Comte (etc.) drew my attention to this article from The Post. Holy fucking shit:

Ian M. Smith, a Department of Homeland Security analyst who resigned this week after he was confronted about his ties to white nationalist groups, attended multiple immigration policy meetings at the White House, according to government officials familiar with his work.

Smith quit his job Tuesday after being questioned about personal emails he sent and received between 2014 and 2016, before he joined the Trump administration. The messages, obtained by the Atlantic and detailed in a report published Tuesday, depict Smith engaging in friendly, casual conversations with prominent white supremacists and racists.

In one email from 2015, Smith responded to a group dinner invitation whose host said his home would be “judenfrei,” a German word used by the Nazis during World War II to describe territory that had been “cleansed” of Jews during the Holocaust.

According to The Post, colleagues in the understaffed policy shop where this Nazi worked said this guy wasn’t a supervisor but also “wasn’t just some low-level schlub.” He helped develop policy on refu­gee issues, temporary worker visas, and penalties for legal immigrants who use tax credits or government benefits.

Smith is the second “blood-and-soil” shit-stain booted from the White House this month:

A White House speechwriter for President Trump was terminated last week after revelations that he had spoken at a conference attended by well-known white nationalists, according to three people familiar with the decision who were not authorized to speak publicly.

Darren Beattie, who was a visiting instructor at Duke University before he joined the White House speechwriting team, was fired Friday after a media inquiry about his appearance at the 2016 H.L. Mencken Club conference, where Beattie spoke on a panel alongside Peter Brimelow.

Brimelow, founder of the anti-immigrant website Vdare.com, is a “white nationalist” and “regularly publishes works by white supremacists, anti-Semites, and others on the radical right,” according to the Southern Poverty Law Center, an advocacy group that tracks extremists.

I’m sure Ivanka privately opposes the employment of Nazis in the West Wing, but they just keep tumbling out of the woodwork.

racist robocalls against Andrew Gillum paid for by a neo-Nazi group in Idaho are going out to voters in Tallahassee https://t.co/JIRlEuNw6C

[Post title is an homage to a justly famous opinion column from The Onion, circa 1998. But you knew that.]

END_OF_DOCUMENT_TOKEN_TO_BE_REPLACED

It’s pretty obvious what the angle is here — Beto said he was in a punk band, but he’s dressed like a hippie in a flowery tunic that’s straight out of Haight Ashbury circa 1967. His facial hair is a little jam bandy, photoshop in a hacky sack and he could be at a Phish show. Nothing is more antithetical to the punk ethos than extended jams and feel-good vibes. This could hurt Beto badly among Black Flag dads in the inner-ring suburbs around Houston and Dallas, where the race will be won or lost.

Just kidding — all this photo proves is that a guy who now resembles a better-looking Bobby Kennedy used to resemble a better-looking young Keith Caradine. That, and the Texas GOP is running scared. Every time I put up the thermometer for Beto, the place blows up, as the kids say, so I upped the goal to $7500 and I’m putting up again. 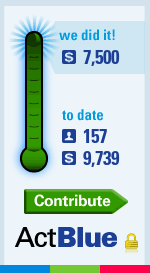 Speaking of jam bands, after we did the last post raising money for Wyoming Senate candidate Gary Trauner, Gary himself emailed us to remind us that he’s a reader who shares John’s love of the Dead, and went to school in the town I’m from. He also shared an internal poll conducted by PPP showing that when voters learn about the candidates, the race tightens to 2 points. Not much money will spent on this race but Gary is legit candidate who has almost won statewide office in Wyoming before and ran unopposed in the Dem primary. I think supporting him is money well spent — you never know when a GOP candidate is going to implode or when a wave turns out to be bigger than the pundits expected. 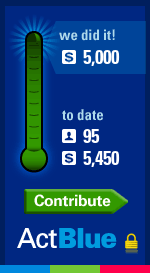 END_OF_DOCUMENT_TOKEN_TO_BE_REPLACED

Adam was kind enough to post this last week. I’m not going to be able to make it myself, but who else in the Boston area is up for a get together this weekend?

Mostly lurker, occasional commenter, Big R will be in Boston over Labor Day weekend for the American Political Science Association Annual Meeting – doing business as the largest cattle call of polisci geeks in the known universe (trust me, it’s a cattle call!!!) – and would like to meet up with the Balloon Juice greater Boston area cadre. Here’s the details he sent along:

My schedule is fairly light; I have a teaching mini-conference on 8/29, I present on 9/2, and I have a few interviews lined up here and there. If BJ readers wanted to get together for a meal and/or a drink, I would be delighted to join them. If nobody wants to meet my lurker tuchos, then my feelings won’t be hurt.

Anyone from the greater Boston area cadre interested, please sound off in the comments. And I’m sure Big R would be greatly appreciative of recommendations about where to hold the meet up. I personally stopped going to APSA years ago for personal reasons, but the last time they held it in Boston and I was in attendance (early 00s), they held the meeting at the convention center and all the conference hotels were in close proximity. So unless Big R says otherwise in the comments, that’s where he’ll be most of the time.

END_OF_DOCUMENT_TOKEN_TO_BE_REPLACED

I just wanted to give you an update on the new site progress. tl;dwr*: It’s been slow going but will launch soon.

So that all said, I’d planned to get the launched before the holiday but this was overly optimistic. A lot of my time and attention the past two and a half weeks has been sucked up by estate and related legal/accounting duties as well as lots of time spent driving to and fro. That stuff is mostly in order so I feel pretty safe saying that the new theme should launch late next week. I have pushed back my escape to nature until it’s launched for a few days and the initial dust has settled.

Have a great holiday weekend, everyone!