I still haven’t done all the laundry today. Those are the old sheets you see on the bed. But the cats will be getting up soon (and here comes Zooey!) for their dinner. 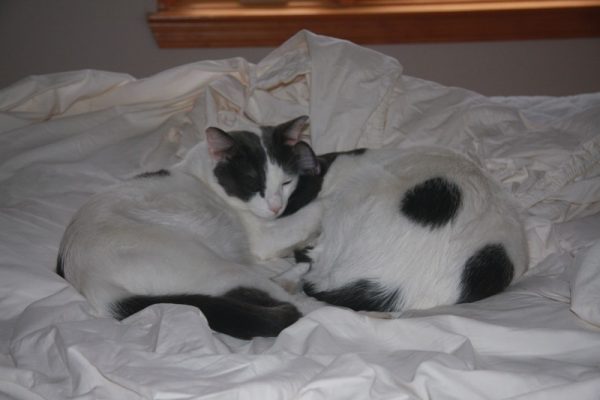 Here are some security thoughts about last night’s incident at Sea-Tac.

There will be a lot of commentary about what happened at @SeaTacAirport last night with the stolen Horizon Airplane. Let's start with some good news. After the plane was taken, a lot went right. Scrambling of fighter jets was swift. 1/ https://t.co/7bMctKn7gj

The FBI was quick to report what they knew to be true. . . . to calm nerves and communicate. 2/ https://t.co/jgQx7gpMyN

And the last important point:

But an aviation system that moves millions of people around daily will be subject to the totally unpredictable (and to some unforgivable) security lapses. Tighten up, yes. Learn from what happened, certainly. But don't think you'll get the risk to zero. #homelandsecurity 10/10

There’s also a new book out that some of you may be interested in. I will read it at some time in the near future. Might be something for Major Major Major Major if we can get off his back long enough on the difficulties with the site.

The only beach read that makes sense for 2018 pic.twitter.com/whaurc8IvV

Previous Post: « Site Issues. Working On It
Next Post: The Rich And Powerful Take What They Want (Open Thread) »