Have a great weekend, everyone. Next week will include a couple of mega posts, so prepare for the awesomeness!

In the second week of October, I spent time in Brussels attending a training. For most of the time I was holed up in a windowless room inside a conference hotel, but I in the end I managed to get out a bit to bring you some pictures from Brussels.

The gates of town hall are well adorned by sculptures. Here is a detail. 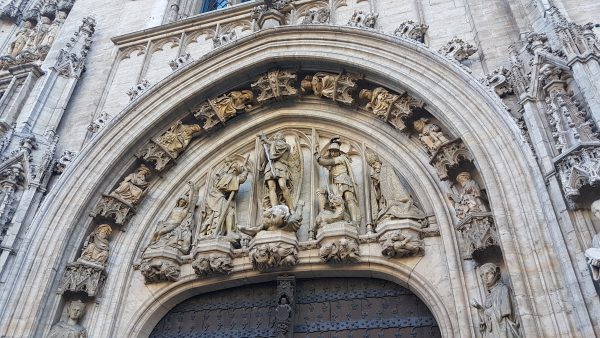 Opposite of Town Hall there is the building of Brussels City Museum. http://www.brusselscitymuseum.brussels/en
The house is a similar in style to the town hall, but not quite as impressive.

But: this building is more or less a fake: the original one from the 16th century was not sustainable so the completely rebuilt it from scratch in neo-gothic style in 19th century. 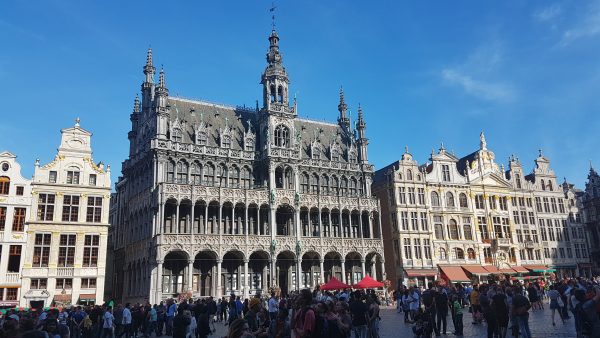 The old center of Brussels is the Grand-Place/Grote Markt (yes, this is a bi-lingual town: French and Dutch).

The square is dominated by the city hall, but the other buildings are not bad, either. AFAIK these used to be guild halls.

This picture is the NW side. 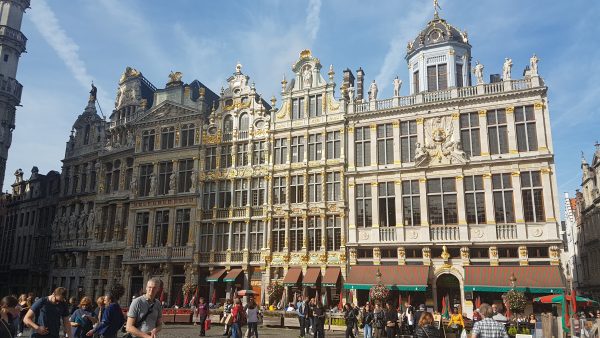 According to https://en.wikipedia.org/wiki/Brussels_Town_Hall the first parts of the house were built in 1420. As usual for these things, its history includes damage due to a fire, rebuilding and renovations.

When I was there, the square was full of tourists. 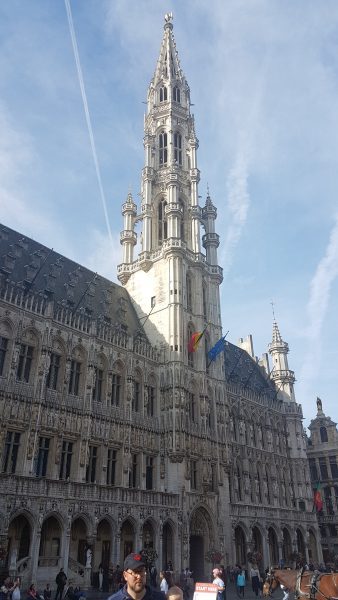 There were some festivities in Brussels on Saturday. Apparently there is an order of the friends of Manneken Pis (https://ordre-manneken-pis.wikeo.be/) which celebrate all his costumes (see https://www.manneken-pis.be/en/) each year by dressing up the famous statue of the pissing boy in their own outfit.

And drink beer. And march through the city. And have a big banquet at the same hotel where I did my training. 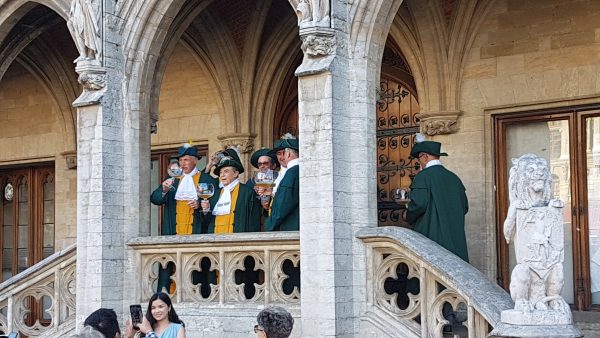 Previous Post: « Friday Morning Open Thread: Let Them Call It A Win, If It Stops the Argument…
Next Post: Spreads and levels »