Sorry I missed Africa this week, it’s been an overwhelming week and I rushed the posts. I’ve got some awesome posts overdue for folks, so I’ll make good on those this coming week. Have a great weekend, everybody!

This is the second batch of pictures from my early October trip to Brussels.

Last week’s installment focused on the main square, the Grote Markt, this week I’ll show you some of the other snapshots I took.

A chapel dedicated to St. Michael was probably built on the Treurenberg hill as early as the 9th century. In the 11th century it was replaced by a Romanesque church. In 1047, Lambert II, Count of Leuven founded a chapter in this church and organized the transportation of the relics of the martyr St. Gudula, housed before then in Saint Gaugericus Church on Saint-Géry Island. The patron saints of the church, St. Michael and St. Gudula, are also the patron saints of the city of Brussels.

In the thirteenth century, Henry I, Duke of Brabant ordered two round towers to be added to the church. Henry II, Duke of Brabant instructed the building of a Gothic collegiate church in 1226. The choir was constructed between 1226 and 1276. It took about 300 years to complete the entire church. It was completed just before the reign of the emperor Charles V commenced in 1519. 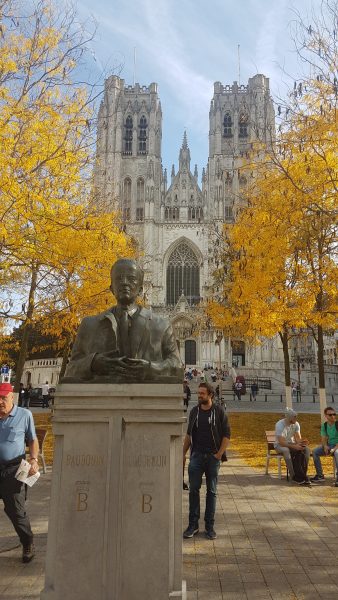 This is the old building of the Brussels stock exchange. From its website:

“Built in 1873, on the former site of the convent des Recollets, it was designed by the architect Léon Suys. Rodin collaborated on the exterior decoration of the building as an employee of Carrier-Belleuse. While the former became a famous sculptor, the latter is a name familiar only to specialists now. Of neoclassical inspiration, its simplicity is broken by very ornate decorations that have been described by some people as baroque excesses. ”

It is no longer used for its original purpose. 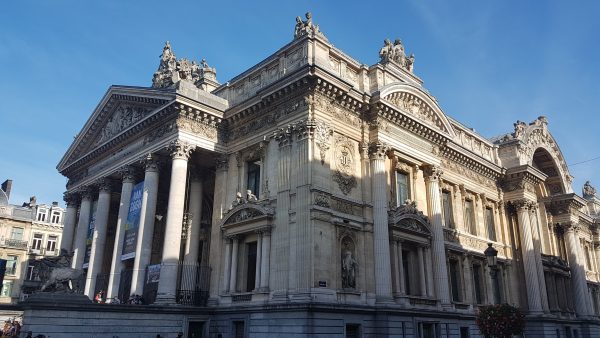 The Bourse is housing a multimedia exhibit celebrating and animating the works of van Gogh.

Inside the main hall, projectors light up all walls and display all the famous paintings. The added twist is that they animated parts of the painting: the drawn sea shifts in waves, the ship actually moves across the canvas and all this breathes some live into the pictures. 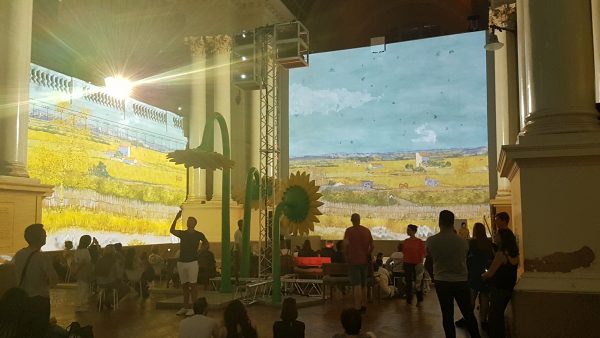 We talked a lot about this famous statue, so here he is dressed up in the regalia of his very own order of the friends of Manneken Pis. 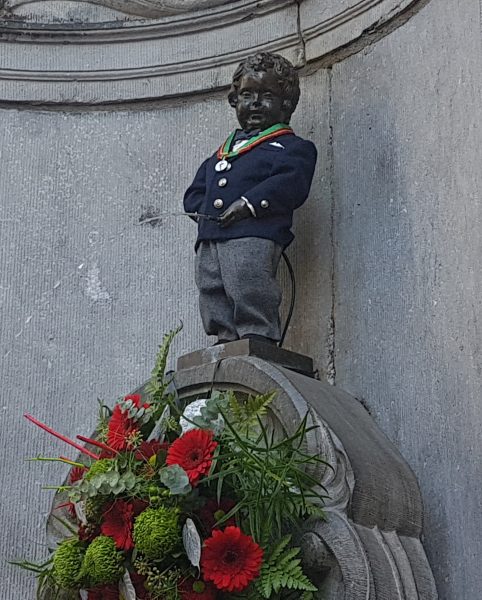 I walked past the Opera House.

In my back is “De Brouckere”, a large administrative building with a shopping mall and two crossing subways underneath. 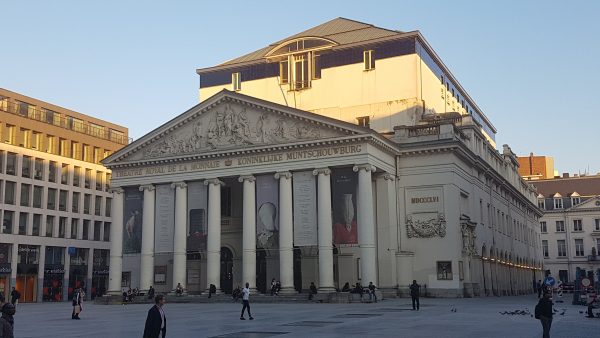