I spent the last days of October on a four day (Oct 26th is a national holiday, and the kids got the next week off, too) trip to Salzburg (and Munich, but that will be a different submission). Salzburg is my home town and still the home of my mother, who is always glad if the grandchildren visit her.

Luckily we’re at off-season now, the city is no longer overrun by tourists. That doesn’t mean that there are none, far from it, but it is at a manageable level. The reason is, of course, the weather. Late October can be nice, but it can be cold and wet. We got both in two days as the pictures will show.

Although far from the level of the ICE or TGV, the line from Vienna to Linz has been upgraded over the last 20 years to a level where going by car is something to be avoided. The Linz-Salzburg track will be next on the agenda, but still, 2:20 for 300 km is already hard to beat.

Shortly before reaching Salzburg, the track straddles the Wallersee, one of the many lakes the glaciers created at the north fringes of the Alps. 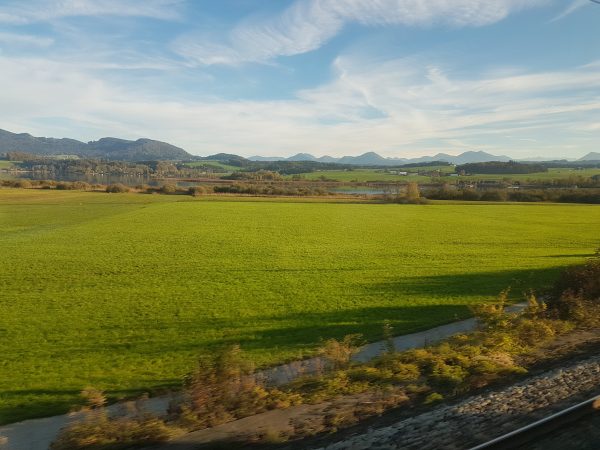 2) Salzburg (up to ~ 1800) used be ruled by the Archbishops. They acted as both the spiritual and civil rules. One of them (Markus Sittikus von Hohenems) built this nice baroque villa a bit outside of the city. It includes a park and water games (the bishop used this to entertain mainly himself and his guests by turning on hidden water jets to hit his unsuspecting guests. These days, the tourists pay good money to be watered.) 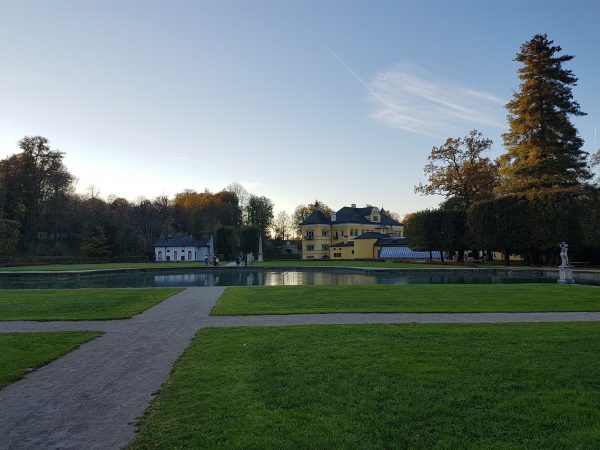 5) Apparently I just have to include a picture of this completely unremarkable gazebo when making pictures of Hellbrunn for a mainly American audience. 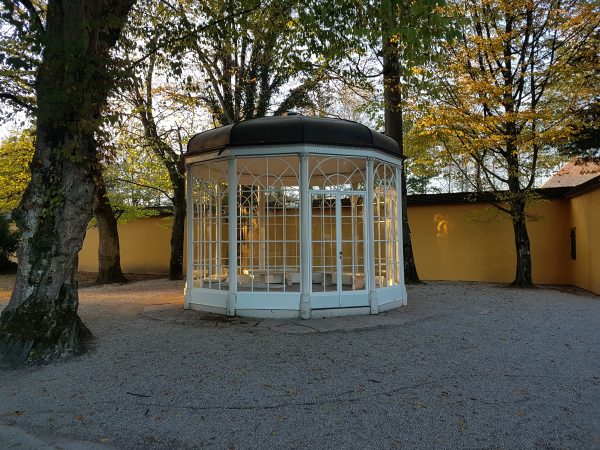 4) This one is peculiar and the picture is not as clear as I hoped it to be.

Carved into the stone of the Hellbrunn hill, there is a theater stage with some stone scaffolding where actors can emerge from portals. We loved that thing when we were kids, this is open to the public and you can climb around as much as a like (and your parents allow).

The first performance of an opera in the Rock Theatre was a major premiere from two perspectives: When Claudio Monteverdi’s opera “L’Orfeo” was presented here on 31 August 1617, this was the first time that an opera had ever been shown outdoors in Central Europe. And, “L’Orfeo” is still regarded as the first opera ever, making it a milestone work in the history of western music. How appropriate, then, that the Salzburg prince-archbishop of that time ultimately chose the Rock Theatre as the venue. Prince-archbishop Markus Sittikus von Hohenems, who commissioned the building of the Rock Theatre, was a great patron of music and the theatre. So it was that he had the former quarry in Hellbrunn, which had supplied stone for construction of Hellbrunn Palace, transformed into a rocky theatre. By 1616, he was finally able to indulge his passion for music and theatre here in this beautiful setting amid nature. And at the same time, he had managed to create an architectural masterpiece. 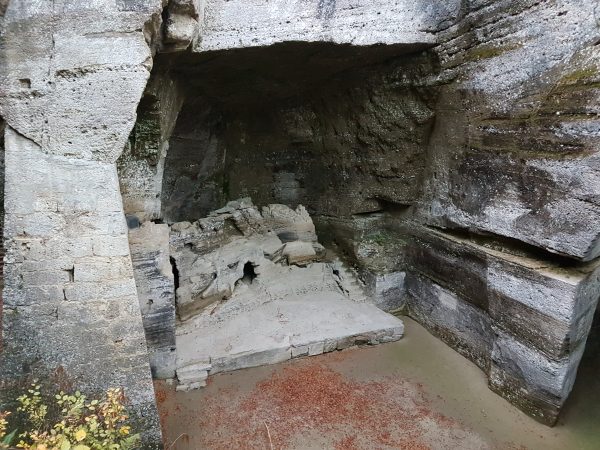 3) There is a small mountain inside the Hellbrunn park. Originally it was used for hunting game, how it host the Salzburg zoo one one side.

If you look closely, you can see the Fortress Hohensalzburg on the horizon. 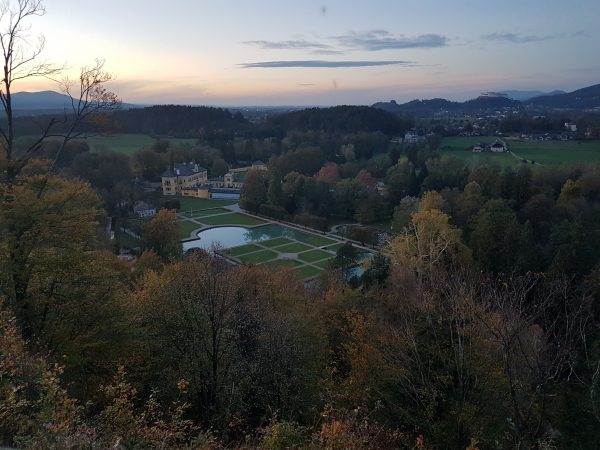 Previous Post: « Late Night Open Thread: No Love for the Malevolent Leprechaun
Next Post: Friday Morning Open Thread: This Much We Know… »