Enjoy the pictures and have a great weekend!

Here are some more picture from my October trip to Salzburg. We had luck on our first evening, the visit to Hellbrunn was dry and nice, but on the next day Salzburg showed us its rainy side.

This is actually quite common: Salzburg is situated at the norther fringes of the Alps, thus humid air coming from the north-west (which is common) will rise and thus has a good chance to lead to rain.

So we spent the day in the city, mainly visiting the new DomQuartier museum (https://www.domquartier.at/). Opened in 2014, this museum spans multiple exhibitions in a walk around Cathedral Square (Domplatz), where the Jedermann (Everyman) is performed every summer during the Festival.

It combines the Residenz (State rooms of the Archbishops who used to rule Salzburg), the Residenzgalerie (Art exhibition), the Dommuseum (Museum of the diocese in the cathedral) and an exibition from St. Peter’s monastery (founded in 696). Regrettably, photography is forbidden inside, so here are only pictures from the scenery.

There happened to be a trail-running festival at that day, you can see the tents in the foreground (Kapitelplatz).

This castle is dominating the old city, it was built and used by the archbishops of Salzburg. 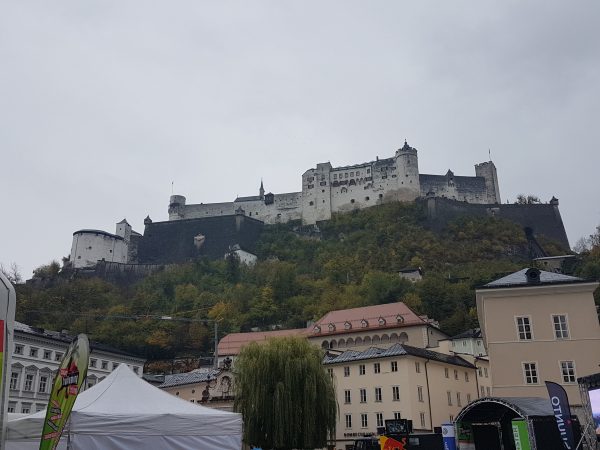 There are walkways from the residence of the archbishop to the cathedral that are part of the museum tour. This is the view from the northern walkway towards the Residenzplatz.

The white building is the “New Residence”, the bell tower contains a carillon (1702). IIRC this was a gift from the Netherlands for help rendered by Salzburg during a flooding. 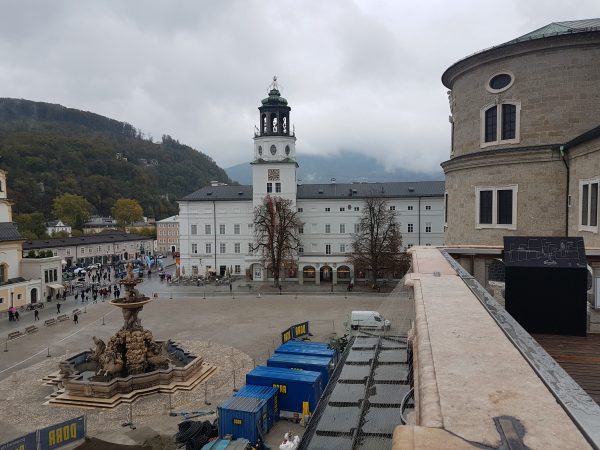 While there are three big open spaces around the cathedral (which kind of belonged to the archbishop), this square used to be the heart of the citizen’s part of Salzburg.

Far on the left is Cafe Tomaselli. 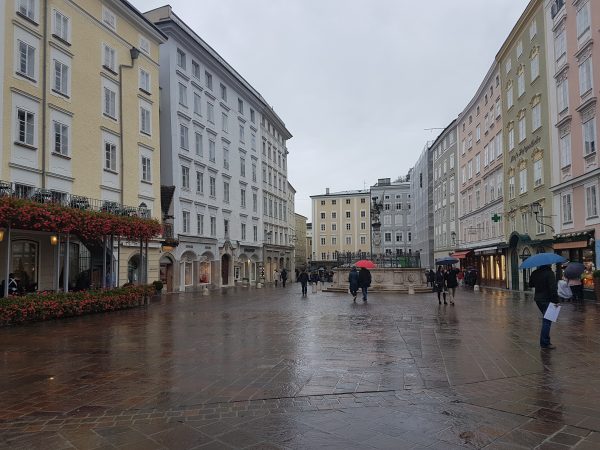 This is rather new: that square was created by not simply rebuilding houses that were destroyed during a bombing raid in ’44. The statue of Papageno from Mozart’s “The magic flute” is from 1960. 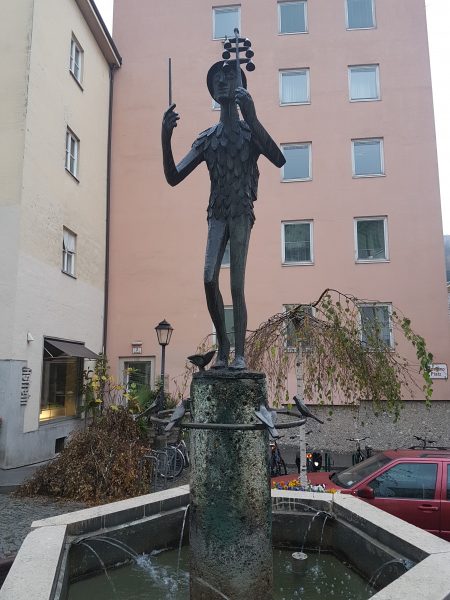 A look back towards the fortress while walking home.

(Actually, I kind of grew up in the shadow of the fortress: back home, in the winter the sun set a bit south of the castle, in summer a bit north of it.) 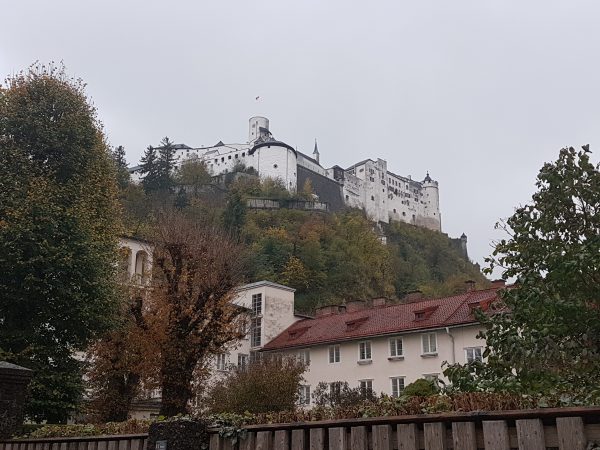