Here’s a long and pointless story. I am prone to heartburn, which I address by chewing Pepcid. I ran out of them yesterday, and I was stranded at home with no car because the mister was at work, and I lent my vehicle out, and it was too rainy to ride the motorcycle, and I live on a horrible dirt road in the middle of nowhere, so there’s no such thing as Instacart.

Anyhoo, the mister was going to stop by the grocery store anyway on his way home from work, so I asked him to get me some Pepcid. I even sent a picture of the bottle and told him exactly where to find it in the store. He did buy groceries, but he forgot my damned Pepcid.

I had a phone conference at the end of the day with people on the West Coast, and they didn’t give a shit that it was after 5 PM here and didn’t know I was dying of goddamned heartburn with no relief within 20 miles.

When the call finally ended, the mister said I should just have a glass of wine while he cooked a spicy dinner instead of going out for Pepcid. Only someone who has never experienced heartburn in his life would make such an idiotic suggestion — it’s like saying, “Here, drink this glass of battery acid and swallow these grapefruits whole.”

So, I set out for town — during a monsoon. The first place I stopped, a convenience store, didn’t even have fucking Tums for chrissake, so I got back in the truck and kept heading toward town.

My next stop was a Dollar General, and hallelujah Jesus, they had Pepcid in stock, so I grabbed a bottle of it and got in line, fuming about inconsiderate mofos who can’t remember their wives’ vital medications despite illustrations and specific instructions. There were two cashiers, a middle-aged man and a girl who looked about high school age. There was a tall young man in front of me in line, while we waited for one of the two cashiers to finish dealing with a customer.

While ringing up another customer’s purchases, the high school girl clerk said to the young fella waiting in line, “Hey, I like your shoes!” Because I’m nosy, I looked at his shoes, which were beat-up black Chucks, certainly nothing noteworthy. (I also noticed that he had practically no ass at all — it’s just something I do.) Then, my Sherlock-level powers of deduction kicked in, and I thought, “Hey, that girl likes him! That’s why she complimented his shoes!”

Unfortunately for the female clerk, her colleague finished with his customer before she concluded business with hers, so the young man in line went to the other cashier. I could see the disappointment in her eyes when I approached. Great, ringing up Pepcid for a middle-aged lady instead of waiting on a handsome young man.

As I was swiping my card, the young man left. My cashier called out cheerily to him, something like, “Thanks! See you next time!” But he didn’t respond and left the store. 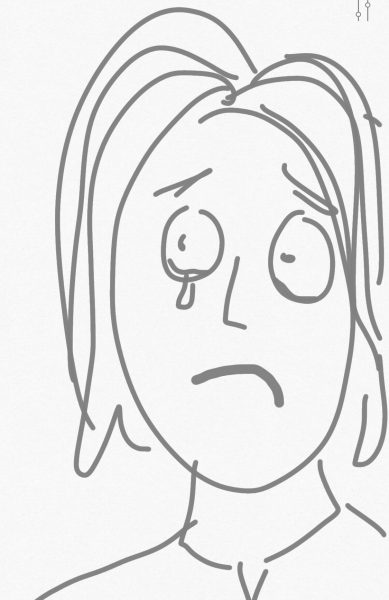 My cashier looked at me, stricken, and wailed, “Why won’t any of the cute guys notice me?”

Taken aback, I said, “Oh honey, don’t worry so much about that! It’ll be fine. The right one will come along, and before you know it, he’ll forget to bring home your Pepcid, so you’ll have to drive out to the Dollar General in the pouring rain, and you’ll wish you hadn’t spent so much time worrying about finding the right guy.”

And she wailed, “But I’m lonely now!”

That made her smile, so I took my Pepcid and went home.

Poor kid. I do hope she finds love and happiness. I’m aware that not everyone does.