On a personal note, a year ago I buried my mom. I thank all of you for the kind words and love, it really helped me get through a very bad time. Since I’ve gotten past the anniversary of her death, I’ve felt a lot of grief release into the aether. I’ve welcomed the grief and pain for a year and now I’m in a different stage and state of mind, looking forward more than backward, more so every day.

Do hug your loved ones extra close when you see them, our time here with them is so brief.  The one good out of my mother’s death is that my half-brother and I are talking and building a relationship. She was not his mother, but tried and failed to avert his darker path and I grew up an only child, without him around except briefly when I was young. I’m proud that he seems to have turned his life around and no longer is cruel, manipulative, dishonest, and shady.

On that note, enjoy today’s pictures, everybody. We’ve got a stellar Friday post from Le Comte; can you say Africa mega post? I know you can!

The National Memorial Arboretum near Litchfield in the UK is a wonderful place. I had the pleasure (and honour) of visiting in June this year to celebrate the anniversary of the Royal Marines with the local Royal Marine Association. There were lots of former and current Marines there as well as the Royal Marine Band leading the parade to the memorial.

Laying of the wreath at the Royal Marines memorial after a brief service and some speeches.

Leaving the memorial the Royal Marine Band again lead the way back to the main centre. 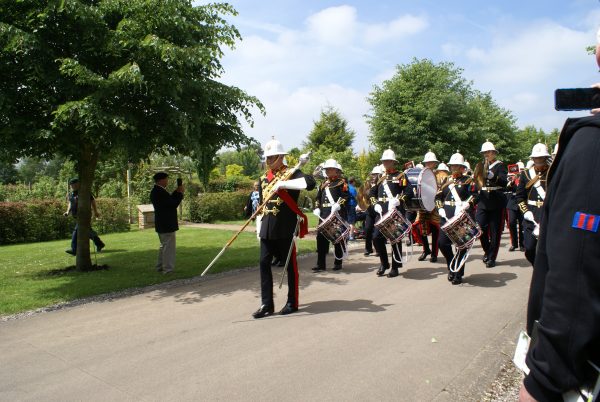 There were several memorials that I wanted to see, the WRNS one (obviously), the Land Army one (beautiful) and the Royal Navy Memorial. It was behind the tents that had been set up for the formal reception so I had to walk around the tents and as soon as I saw the sailor I have to admit I lost it. The memorial is beautiful, panels of glass which represent sunrise (the yellow) and sunset (the red) in between are blue panels which represent the seven seas and the five oceans. The sailor with his cap in his hand and head bowed. Apparently at certain times of the day the shadows of the sun cast an outline of a warship on the concrete. Around the edge is an inscription of a poem dedicated to seafarers. It really is stunning and I stood in awe as I looked at it. 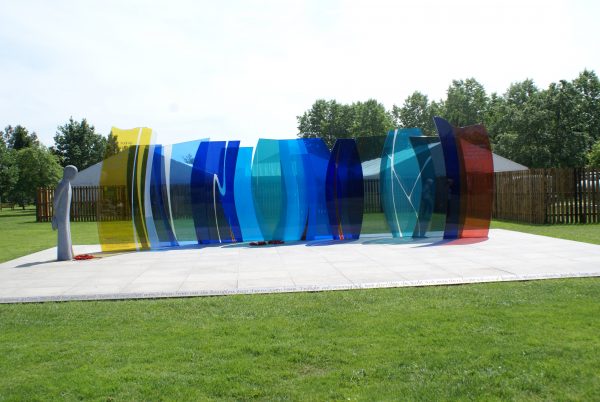 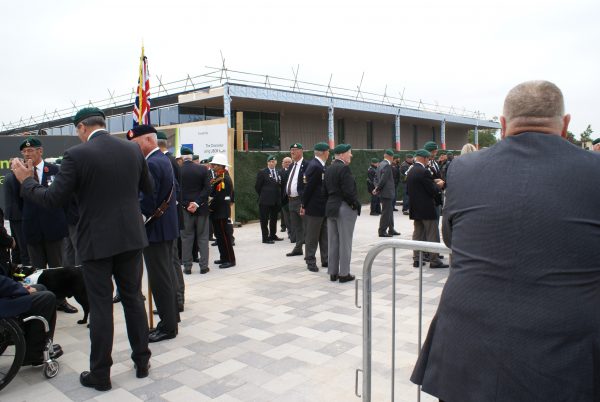 Current Marines discussing the details of the parade to the memorial. 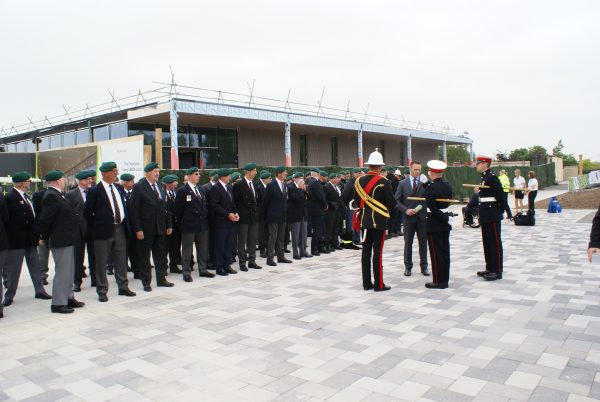 Thank you so much Litlebritdifrnt, do send us more when you can.