The Democrats, are saying loud and clear that they do not want to build a Concrete Wall – but we are not building a Concrete Wall, we are building artistically designed steel slats, so that you can easily see through it….

Have I mentioned you're not getting a wall?

Because you're not getting a wall.#FreedomDitch

Well, metaphorically he is… 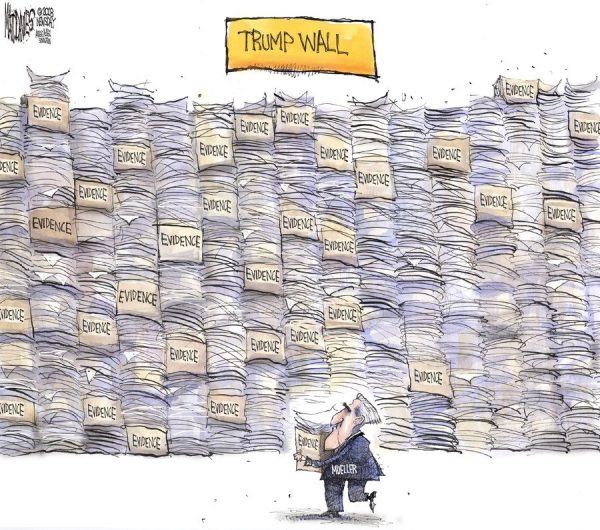 Why suddenly this Syria news?? "One Defense Department official suggested that Mr. Trump also wants to divert attention away from the series of legal challenges confronting him over the recent days…"https://t.co/1zwF1uDMFs

Since other funding sources are not exactly prospering:

This is going to end with a Build the Wall Patreon isn't it https://t.co/SvQTiB7zdG

Previous Post: « A Few Thoughts on The President’s Announced Withdrawal of US Forces and Personnel from Syria
Next Post: Open Thread: Polar Bear Down! »