Sorry I missed Friday, my new laptop went kaput and I blew all tech-type-stuff off and cooked up a storm until late Thursday and forgot all about things. Luckily I have more than one computer, so I’m still can get things done while I await its repair/return!

I hope this fantastic submission makes up for things. Tomorrow we return to Africa, and we’ll see what else in store this later this week.

Kapiti Island lies 6 km west of the west coast of New Zealand’s North Island. It is the oldest of the island bird sanctuaries in the country, being established in 1897. The Little Spotted Kiwi was saved from extinction when some of these birds were translocated to Kapiti from the mainland over a century ago. It now has healthy populations of kiwi and many other NZ endemic birds. It is also a fabulous place to visit simply for the scenery!

The Tui is a nectar-feeding species, about the size of the Common Grackle found in the US. It is a melodious vocalist, and the sounds of the Tui were among those that greeted Captain Cook in his voyages to these islands. Tui can be found on the main islands, but are really abundant in the sanctuaries where their nests are not being predated upon by rats, cats, stoats and possums. This one is perched on the flowering stalks of a plant that the New Zealanders call Flax ( Phormium tenax), even though it is no relation to the flax plant (genus Linum). The Maori used fibers from this plant to make fabrics. 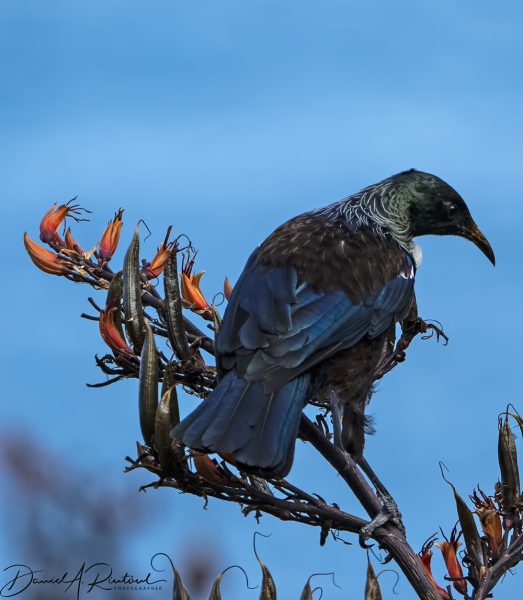 The Kaka is a medium-sized parrot that also suffered from the introduction of mammals to these islands. They are smart, inquisitive, persistent beggars when you are trying to eat your lunch in their territory. They will unzip your pack and haul off the food (or your car keys…) if you leave your pack unguarded in their presence. 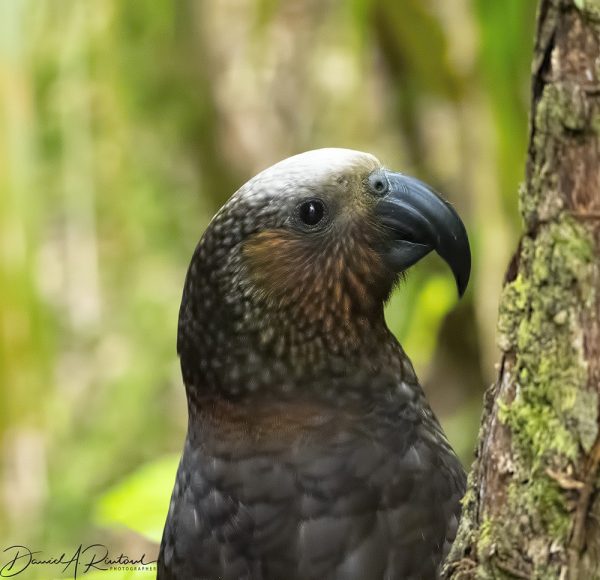 The Kakariki (aka Red-fronted Parakeet) is a small parrot that formerly was widespread in the country, but was decimated by the introduction of mammalian pests. This one is eating the seeds of another introduced pest, the dandelion. 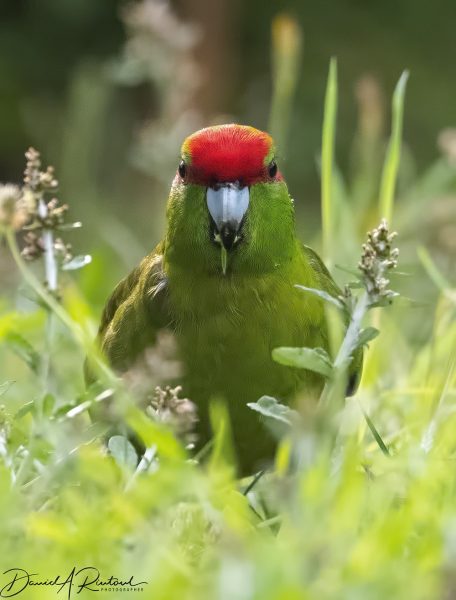 The Weka is a flightless rail about the size of a bantam chicken. This youngster still has fuzzy down feathers, but was quite mobile and following its parents and sibling abound the island. These birds are omnivorous, but also will hang out at picnic sites to look vainly for a handout.

The Hihi (Stitchbird) is a nectar-feeder and is another example of a species that was saved by active human intervention, after it was reduced to a single remnant population on Little Barrier Island. Relocation to sanctuaries began in the 1990’s, and self-sustaining populations are now found in several sanctuaries across the country. Most New Zealanders have never seen one, even though it was one of the commonest songbirds before European colonization of the country. 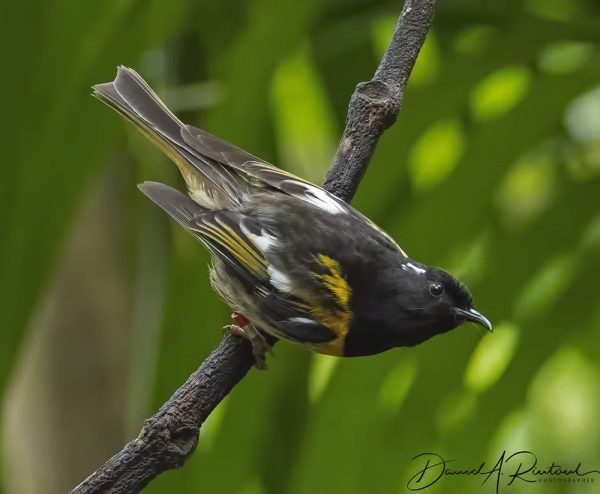 Previous Post: « Monday Morning Open Thread: If It Weren’t for Schaden, I’d Have No Freude At All
Next Post: Block grants and shock events »