You are here: Home / Photo Blogging / On The Road / Alabama’s Got Me So Upset 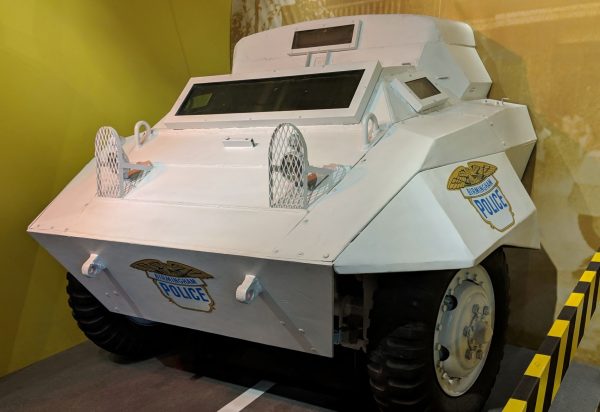 My desire to document my cross-country trip has not gone as planned, but I wanted to write a bit about my visit to the Birmingham Civil Rights Institute today.  For MLK’s birthday, admission was free, so I stood in line with hundreds of others waiting to see the exhibits there.  It’s a really well-done history of the civil rights movement in general, and Birmingham’s central role in that struggle in particular.  If you’re ever in Birmingham, it’s worth a visit.

The Institute is across the street from the 16th Street Baptist Church, where four young girls were killed by a bomb planted by KKK members.  I’ve always found that to be one of the most disturbing incidents in US history, and it was surreal to stand in line with kids the same age as those girls, as well as with elderly black men and women who were in their teens, 20’s and 30’s when the bombing happened.

(The picture is one of Bull Connor’s tanks.)

Previous Post: « Another 24 Hours in Paradise
Next Post: MAGAt Scions vs. Peace Warrior Nathan Phillips: I Blame the Parents »